Reputation Economy: Digital behavior and data as a benchmark for e-trust

About Serkan Yildizeli
I am a New Media Master student at the University of Amsterdam. As an undergraduate I studied Media en Cultuur at the same university. On the blog and in my profile, you can find and read my blog posts related to issues, events and objects in the context of new media. 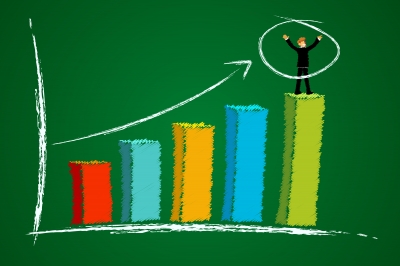 As Alison Hearn argues in her article, many different user activities such as Blogging, ‘Facebooking’, posting videos on YouTube, writing (informational) reviews and rating services or products are considered as a contribution to the development of the digital public sphere. ((Hearn, Alison. Structuring feeling: Web 2.0, online ranking and rating, and the digital “reputation” economy. ephemera, 10(3/4) (2010) 421–438.)) From a user perspective these activities are seen as an increasing circulation of ‘social capital’ or ‘reputation’. Thus, through productive online activity/behavior and user-generated content, users are either knowingly or unwittingly building up their reputation.

Furthermore, certain platforms allow users or other actors to testify other users’ reputation or trustworthiness. A few examples of websites that are structured in such a way are Ebay, Bol.com, Quora, and Airbnb. Herein, it’s important to note that reputational measures were developed prior to the emergence of social media and that these already ‘invented’ measures mainly originated from e-commerce. However, as Rachel Botsman argues in her article on Wired, we should gradually be able to speak about a reputation that consists on a cross-platform basis and is a transferable combination of scores acquired throughout both e-commerce activities as well as social media behavior. ((Botsman, R. 2012. Welcome to the new reputation economy. Wired Magazine, 20 August 2012. online: http://www.wired.co.uk/magazine/archive/2012/09/features/welcome-to-the-new-reputation-economy?page=all)) As argued by Botsman in a banking/financial context, this new economy implies that an individual’s online history becomes more powerful than the credit history. Thus, personal data doubles can be held ‘accountable’ in an assessment of online reputation. This phenomenon can be theoretically conceptualized by citing Lyon:

The subject is multiplied and decentered in the database, acted on by remote computers each time a record is automatically verified or checked against another, without ever referring to the individual concerned… computers become machines for producing retrievable identities (Lyon in Simons 2005: 16). ((Simons, Bart. “The Return of Panopticism: Supervision. Subjection and the New Surveillance.” Surveillance & Society. 3,1 (2005): 1-20.))

Through databases and platform functions digitally composed reputation could affect off-line decisions and influence ‘real’ life. The cases (studies) in the next section explains these aspects further

A New York-based banking startup Moven (formerly Movenbank), founded in 2010, wanted to make use of the digital data bodies of users online. According to Brett King, founder of the start-up, the company was formed around the idea that credit scores are a lagging indicator. This is related to the presumption of King, who noted that banks only looked at what had happened in the past. He further explained that “They [credit agencies] don’t use data to look into whether your behavior is risky or not now.” To change this Moven went a step further and came up with a concept called CRED. This system  takes into account an individual’s traditional credit score, but also aspects such as their level of community involvement, social reputation and trust weighting (on, for example Ebay). It also measures social connectivity of users, together with the number of friends do they have on Facebook. Similar measures apply to other social networking sites like Linkedin and Klout. Eventually, various data are combined, not just to assess the risk of banks, but to measure the potential value of the customer.

Derived from a personal perspective and experience, I can state that reputation online is a decisive factor when buying items on a virtual marketplace. A prominent example of such a platform is Tweakers.net. Tweakers. is a Dutch website featuring news and information about hardware, software and the Internet. The website offers various reputation related aspects. The Pricewatch section of the website allows the users to compare prices of different products from various (e-)retailers. Additionally, the website allows the (registered) users to see ratings and user reviews about web shops selling hardware and software.

On the other hand, in the ‘Vraag & Aanbod’ section, the used products part where the user becomes the e-seller, quantitative and qualitative user reviews and user ratings become important. An example of the rating and the variables is shown in the screenshots below:

Online selling behavior, trustfulness and service ratings determine whether a user/retailer is trustworthy. In addition, users can also write a comment or review, which demonstrate a more qualitative opinion about user-sellers. However, because these mechanisms are user-controlled and, to a certain extent user-regulated, wrong or incorrect information can also be entered, which could in turn, influence the reputation and could affect buying or business decisions and considerations.

Besides rating and reviewing possibilities, the website introduced in 2009 a system called ‘karmastore’. Using this karmastore, active users can redeem additional applications on the website and forum using ‘karma points’. The additional features are shown in the image below: 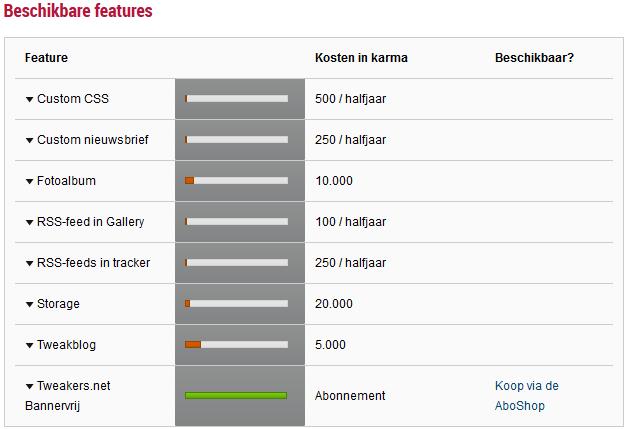 Karma points are earned by writing product reviews, posting comments or by participating in the forum, which is called the ‘gathering’. Thus, user activity, positive contributions and honesty grants users a better reputation together with an expanded user agency on the platform. Because services from e-retailers, private sellers and banks rely heavily on trust, the various and increasingly transferable or expanding reputation mechanisms may minimize the uncertainty and risk for different parties online.

One Response to “Reputation Economy: Digital behavior and data as a benchmark for e-trust”
Leave a Reply
This blog is protected by Dave's Spam Karma 2: 2705362 Spams eaten and counting...