September 5th the former leader of the Norwegian far right party (Progress Party), Carl I. Hagen, wrote a status update on his Facebook-profile. Here he blamed the current government for the murder of a 21-year old girl, Anja Weløy Aarseth. She was found dead in the forest in Ålesund in Norway a couple of days ago. Hagen wrote: 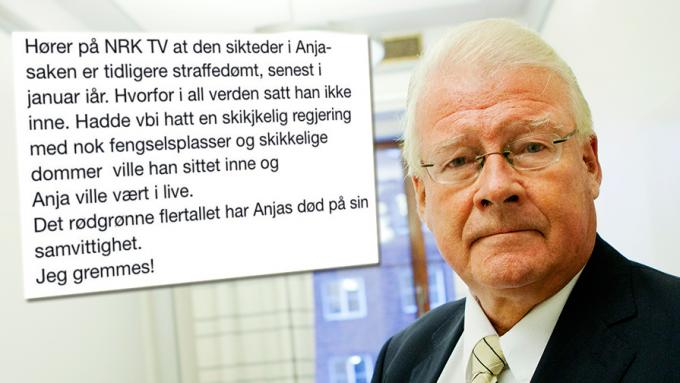 “Through NRK TV I am informed that the suspect in the Anja-case was formelyr convicted, most recently in January. Why on earth wasn´t he locked up in prison. If we had a proper government with enough prison capacity and proper judgess he would have been in prison and Anja would still be alive. The coalition majority has Anja’s death on their consciousness. I am disgusted!”

Parliamentary election is right around the corner in Norway, and Hagen clearly wrote this to mock the present coalition government and to increase the support for his party. He deleted the posting shortly after, but many of his 10.000 followers/friends had already read the statement and spread it further to other social medias, among them Twitter. The social media storm was raging. People on Twitter referred to and characterized Hagen’s statement as “tasteless”, “disgusting” and “way out of line”.

“Some insist on ruing his own reputation. Time after time. Carl I. Hagen”, the Norwegian well know attorney Jon Wessel-Aas wrote.

The television-presenter Einar Tornquist also threw himself into the debate on Twitter.

“I quite strongly disagree with Carl Ivar Hagen that 47.8% of the population has Anja’s death on their conscience.”

Hagen himself went public and characterized his statement as an “unfortunate, and too provocative, formulation.” 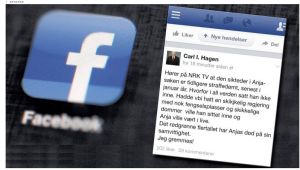 “I wrote the Facebook message out of passion and in rage. It is an unfortunate point formulation and therefore I pulled it back at the request of party colleagues”, Hagen said to the newspaper Aftenposten. Hagen also said he still stands for the message.

This explanation did not make the storm calm down. Quite the contrary. And it made Tore Sagen, one of Norway’s most recognized comedians, very angry. He struck back on his Twitter-account: 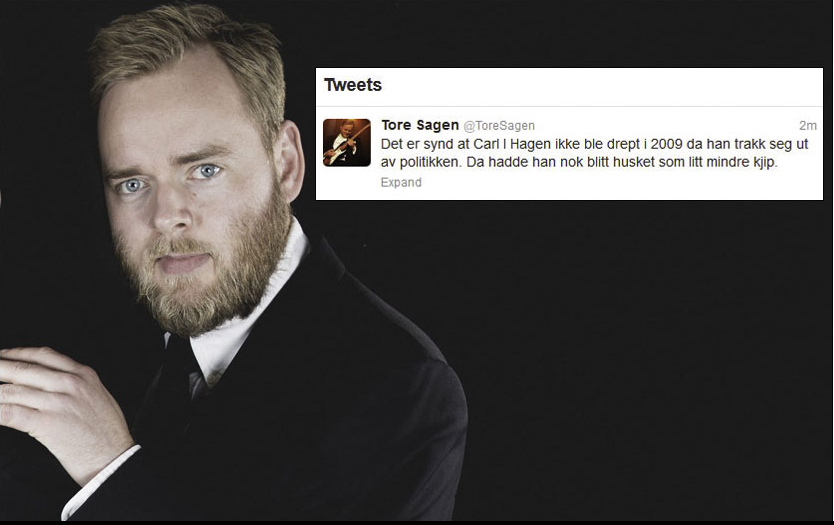 “It is a pity that Hagen was not killed in 2009 when he retired from politics. He had probably been remembered as less lame.”

Sagen’s statement of course caused more reactions, and in an interviewwith another Norwegiannewspaper, VG, Sagen explains:

“I wrote it to illustrate that it looks quite uncivilized to use words like murder, death and blood in an apparently civilized context. Or I could say it asCarl did: It was an unfortunate and overly provocative formulation, but I stand for the message.”

What can we learn from this incident?

Hagen’s Facebook statement clearly illustrates the power of social media. His message spread like wildfire, especially on Twitter. This shows us how important it is to think about how you behave and communicate through social media, especially if you are a well know public figure like Hagen. Tore Sagen’s statement about Hagen was also a bit out of line, but he proved his point. “Death”, “blood” and “murder” are words that are inappropriate for the Twitter-lingo, or as he described it: a “civilized context”, a place to communicate, debate and share news.

This debate is a very good example of how the arrival of social media has changed our communication culture. Social media is a new communication tool which we use in order to promote ourselves, share news, discuss and also, like Hagen did, degrade others.

At the same time social media makes it easier to draw attention to the things you are dissatisfied with in society or, as in this case, put politicians at the spot and create a public debate on important issues. Social media with its millions of users around the world has become the new “watchdog” that makes sure things go right and that people behave properly. I love it! 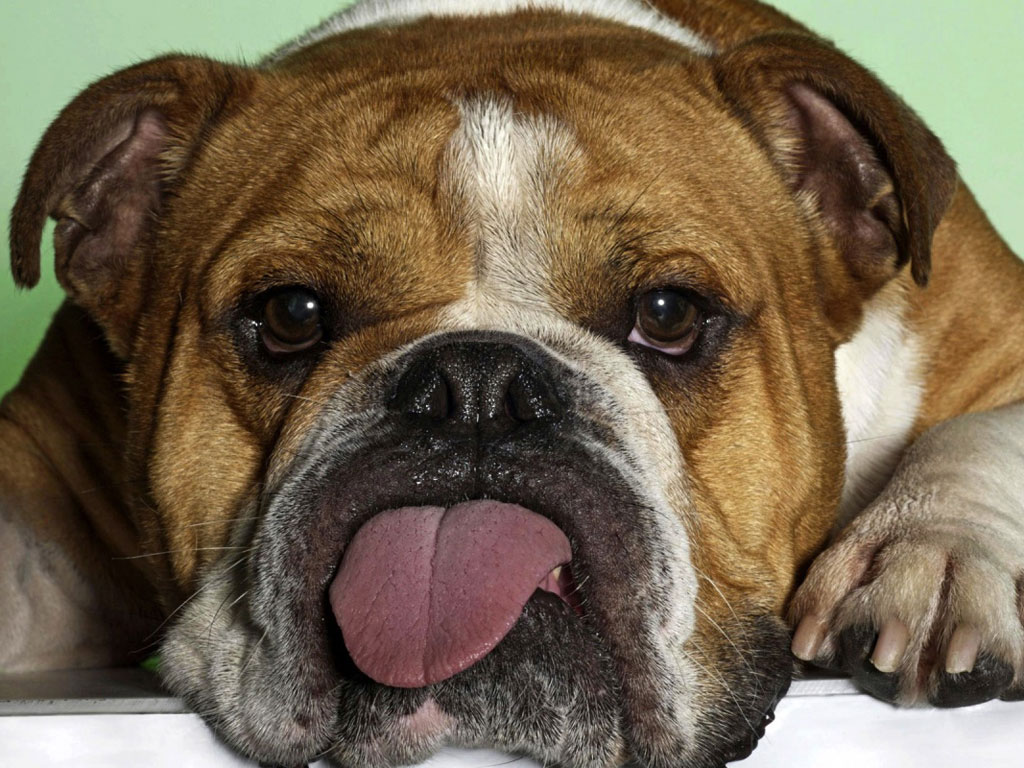