The Need to Communicate 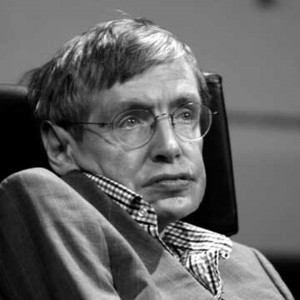 You don’t have to be a science buff to be familiar with the English theoretical physicist Stephen Hawking. His telltale robotic yet endearing speech quality can be recognized by anyone who is at least a little attuned with pop culture – you can even find him on several episodes of The Simpsons. Fortunately, Hawking’s contributions to our knowledge about the universe have not been silenced due to his physically debilitating disease, amyotrophic lateral sclerosis (ALS). A software program called Equalizer allows him to type text using a sensor that detects movements in his cheek muscle, while a computer attached to his wheelchair converts the text to audio. The speech that is generated from this device produces Hawking’s familiar robotic voice.[i] (You can read more about the process here.)

Friedrich Kittler, literary scholar and media theorist, believed that studying individuals with impairments or injuries assisted in the development of communicative devices by being able to isolate certain cognitive or physical functions, thereby allowing a better understanding of the whole. He states, “[T]echnical media like the telephone and the gramophone were invented in the nineteenth century for and by the deaf, and technical media like the typewriter were invented for and by the blind (…)”[ii]

Kittler talks about how tools to aid those with impairments have ultimately benefited the greater good. The state of technology has now evolved to the point that tools made for the use of the masses (e.g. the iPad) are now being adapted to serve the most basic educational and communication needs of those with disabilities. While Hawking’s barriers to communication are solely physical in nature, devices and applications have also been created to benefit those with developmental delays and/or cognitive linguistic challenges, such as children with autism. These individuals with speech language disorders and/or physical handicaps can use augmentative and alternative communication (AAC) to express themselves by supplementing or replacing existing or nonfunctional speech.[iii] 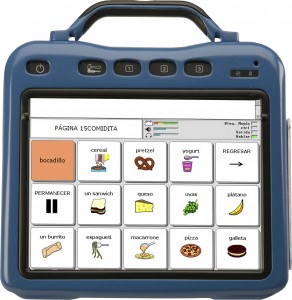 AAC tools can range from low tech to high tech. The Vantage Lite, for example, is a high tech device containing an entire symbol library presented in a seemingly arbitrary arrangement (there is actually a good deal of linguistic research guiding this arrangement) so that the user may build sentences and compose messages. [iv] 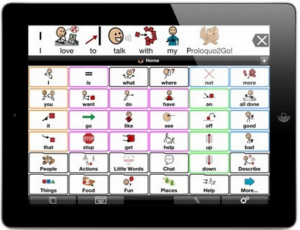 The Proloquo2Go App for the iPad costs $220

Lately, the iPad has been touted as an extremely user-friendly and comparatively cheap tool for which several communication applications have been developed, making it more accessible to a much larger number of individuals with disabilities than in the past. One such application, Proloquo2go, is amongst many communication programs intended to enhance communication in children with developmental delays. This application uses visual symbols to represent language, based upon evidence that those with autism spectrum disorder have relative strengths in visual thinking.[v] The Proloquo2go website asserts that it provides, “a ‘voice’ to over 50,000 individuals around the world” and “enables people to talk … in a natural-sounding voice that suits their age and character.”[vi]

The fact that the typewriter was created for the blind yet used by the masses played a significant role in closing the gap between the abled and disabled, as illustrated in Marta Werner’s Helen Keller and Anne Sullivan: Writing Otherwise, “By means of the typewriter, Keller was able to translate the private, tactile language of finger spelling into the public, visual code of print. Moreover, even as the typewriter produced a perfectly legible text, it erased Keller’s difference, her otherness, long enough to establish contact with us.”[vii] Similarly, those with special needs are now able to use the same devices as the masses, instead of unfamiliar-looking and cumbersome gadgets. This may serve to lessen the marginalization of the communicator, particularly children and young adults in the school setting. In fact, many communication devices now contain social networking applications, and allow the user to share photographs and pair these with pre-programmed messages, so that the user now has the ability to share the same medium of expression as her peers. 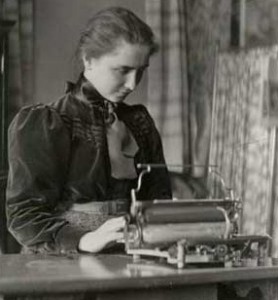 As technological advances increase, so does the survival rate of children who would have otherwise perished during infancy. Special needs children are a rapidly growing minority and new media technologies play a crucial role in lending a voice to those without one. Hopefully this means that future Hawkings and Kellers will not only be able to communicate and contribute their ideas with ever-increasing ease and accessibility, but be able to do so using the same mediums of expression as the rest of the world.