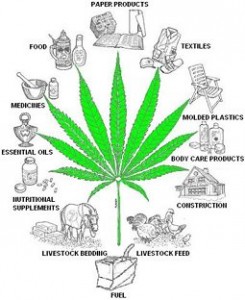 The world is facing a great number of problems in the 21st century: environmental destruction, climate change, massive economic inequality and poverty, the dependence on fossil fuels, ongoing wars and conflicts, physical and mental disease; just to name a few. One of the cliches that gets thrown around a lot in corporate and political narratives is that we should ‘go green’ or focus on sustainability. This is very much true, but at the same time these corporations and governments don’t truly act on those words. For instance by allowing drilling for oil in the arctic and ignoring all the, seemingly obvious, massive possibilities of natural energy sources as the sun, wind and geothermal. Luckily there are some exceptions to this rule: with Germany being the first Western industrialized country that is making big steps with solar energy. But besides this energy issue there is a another source capable of massive possibilities, including providing energy, that has been overlooked for almost a century: cannabis.

While at first glance people might immediately think of the recreational uses of Cannabis that is associated with hippies, Bob Marley and other ‘stoner’ cultures, there is a whole range of possibilities available for the use of this plant that most people will never guess. First of all it is important to acknowledge the difference between the male and female version of this plant: for convenience the male version will be referred to as hemp, while the female version will be called marijuana. The female version is the one that some people would classify as a ‘drug’ (we’re not going into the semantics of the use of this word, since a whole blogpost could be dedicated to this subject) because of the psychoactive substances it contains, while the male version barely contains psychoactive properties. Because of the scope of this blog we’ll solely focus on the different uses of Hemp; not because marijuana doesn’t posses truly awesome, and sometimes unbelievable, qualities, but because all the different uses of hemp, and the general misconception of this plant in general, are a lot more important. This way we can avoid the whole ‘drug’ discussion that has (falsely) been used as a scapegoat to stigmatize cannabis. 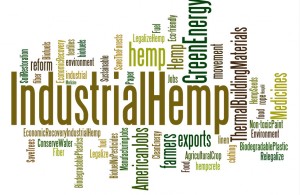 Hemp can be used on an industrial scale for a lot of different purposes. Hemp is one of the toughest natural fibers available and because of this property it can be used to make clothing or rope. It can also be used to make paper; the first two drafts of the Declaration of Independence were even written on hemp. Another interesting industrial hemp fact is that Henry Ford’s original Model T was designed to run on Hemp fuel, and the bodywork was even made from hemp plastic: this type of plastic is 10x stronger than steel while at the same time being a lot lighter. Recently Lotus has built a car that is built partly with hemp materials. The list goes on though. Hemp is one of the best isolators to be used in housing, and the fibers can also be made into several other building materials. The Dutch company HempFlax is a perfect example of a company that  specializes in industrial hemp.

Besides all these industrial uses hemp can also be converted into food and even beer and wine, while at the same time there are incredible health benefits to be gained from the oils made from hemp. As if all this isn’t enough; hemp also possesses qualities for cleaning and ‘curing’ soil that has been contaminated with heavy metals, sludge, or other sorts of waste. It was even planted near the nuclear disaster struck town of Chernobyl.

After looking at all these amazing properties for the different uses of hemp, some being even (a lot) better than the conventional materials used, there’s a logical question to be asked: How is it possible that this natural resource with all it’s obviously beneficent capabilities is so underused in today’s society? Although this question can almost never be answered in a coherent and concrete manner, let alone in this blogpost, it remains a very important question nonetheless.

It seems as if there are a lot of misconceptions about the plant we call cannabis and all the different possibilities it possesses. Fortunately the side of this plant that got all of the negative attention, the female Marijuana, has recently been undergoing a process of decriminalization and even legalization all over the world. The list of countries is still pretty small though, while (ironically) a country that is treated and looked at with contempt, namely North Korea, seems to be completely liberal on this issue.

So it appears that a lot of information on the usage of this very diverse plant is being overlooked. Since cannabis can be grown in a lot of climates and has such a diverse list of uses, a lot of problems could be solved by allowing people all around the world to grow this crop. With all the pending issues that will have to be solved in the 21st century, maybe it is time to look at Mother Nature for help, and truly go green? And even if the problems seem too difficult to be overcome; people can always relax and contemplate while consuming the female part of this wonderful plant.