The Fappening: why you shouldn’t trust the Cloud 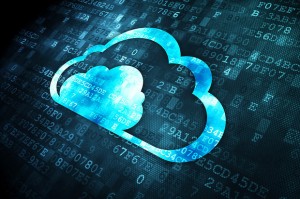 On August 31st, 2014, “The Fappening” took place. This ‘event’, or ‘happening’, stands symbol for the leakage of hundreds of nude pictures of female celebrities. The images where first posted on the internet forum 4chan.org, after which they were spread via numerous other forums and sharing websites. The images where obtained by hacking into the Apple iCloud-accounts of the celebrities in question. While it remains unclear how the accounts where exactly hacked – and thus how safe or unsafe the use of iCloud is – the question rises why people, let alone celebrities, store such confidential data online.

The use of the Cloud

‘The cloud’, or cloud computing, is a term that is used for the storage of data on different hardware units that are connected to a certain network. Instead of storing all data on one hardware device, data is made available on all devices that are connected to the network, and it is even uncertain on which device the data is actually stored. This way of storing data has found its use in many different sections: from large organisations that want to make their data available to every person that needs access to it (like employees), to end user products like Dropbox which lets regular pc users access their data on multiple devices while at the same time saving them storage space on their hardware.

Using the cloud for storing data is a double-edged sword. Two major advantages are that data becomes availaible on any device that is connected to the network in which the data is stored, and that the purchasing and maintanance of hardware is no longer a concern for the end user, because the data is often stored on large server parks that belong to the cloud service provider. But the availability of the data to any device that is connected to the network is also what makes cloud computing a very risky operation. Because the accessibility to the data is now limited by only software instead of a physical limitation (being physically unable to reach the hardware on which the data is stored), means it’s hackable. And that’s exactly what happened at The Fappening.

How to use the cloud properly

The solution seems so easy: don’t store any confidential data in the cloud. It sounds like common sense. So why do celebreties then upload their most private photographs to iCloud? According to an article in The Guardian, one reason for iPhone users to upload their pictures to the iCloud, is because Apple uses it as a default for data backups. This means that users don’t consciously upload their data to the cloud, it just happens because it’s in their settings. This means that users don’t really decide what they want to store in the cloud and what they want to keep locally. Another problem is that companies that provide cloud computing, will always claim to have a solid, waterproof security system with passwords, security questions and encryption, while they just cannot guarantee that no one will ever be able to break into your account. This is a problem for regular users, but even more so for celebrities. While the best protection for regular users might even be their anonimity, celebrities are targets that the whole world is aiming for, and if you’re a target for hackers, you will always be vulnerable. They can use simple tools that randomly guess millions of passwords in a few seconds until they find the right one, all they need is a user name of their target.

So, back to the easy solution: just don’t store any data that you would absolutely not want anyone to see into the cloud. Use it for data that would’t harm you if it were stolen and made publicly, you will have more than enough local storage room left for your private files, especially in the age where a terabyte of hardware data storage costs no more than $50.