Clasp, a new app helping to bring down Autism barriers


Generally described as a disability that affects how a person makes sense of the world and communicate to others, we will explore how a new electronic device is trying to help and improve the life of those suffering from it. 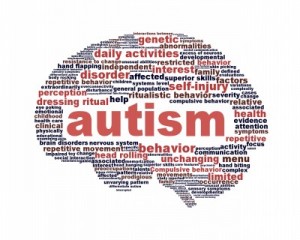 Recent research conducted by the World Health Organisation (WHO) has estimated that one child in 160 is diagnosed with autism spectrum disorder (ASD) around the World.

However, it is a challenge to gather reliable information due to lack of resources and cultural approach to mental health in different parts of the globe, specially in developing counties.

It is described as a lifelong developmental disease characterized by a disorder of neural development which affects social interaction, verbal and non-verbal communication and also by restricted and repetitive behaviour. Autism is incurable and it is often said that it should be accepted as a difference in behaviour rather than a disease. However, Early Intensive Behavioural Intervention (EIBI) has been largely used with some cases of visible development.

It is believed that around 1 in every 100 people live with autism in the United Kingdom, according to the National Health Service (NHS).

An innovative approach has put efforts together as a tentative to ease people’s experience with Autism and also those who in some way are involved with it, including social carers, doctors and close family members.

The Catalyst project  is an initiative of the School of Computing and Communication at the Lancaster University, a interdisciplinary research project (including, social science, computing, design and management science) aiming to develop and build new generation of digital tools which focus on promoting social and cultural change in society.

The Catalyst has developed a research called Access ASD, which aims to explore how digital technology could somehow support those suffering from Autism to improve social and cultural relations.

Professionals from different fields, including academics, government institutions, foundations and trusts; have gathered their knowledge and efforts to develop a new digital tool which could potentially help people’s live.

As a result, a system called Clasp has been successfully developed; it consists of a hand-held digital anxiety management tool controlled by sensory response(1)(3). Whenever the holder squeezes it, the tool promptly connects to a digital support network which helps to reduce isolation and gain immediate aid.

According to Dr. William Simm, senior researcher at Lancaster University:

The idea is that the person with autism carries the device in their pocket and squeezes it hard if they feel stressed. It is a discreet way of communicating anxiety and the device is connected to their social network(1)(3).

The device has been developed recently; and involved a period of engagement, negotiation and trust building; which resulted in the formation of the core user group (CUG), who worked closely with the researchers to develop a technology prototype to address their social engagement needs and aspirations.

The research (1) discovered that many CUG members used online social network, but have chosen not to communicate ASD related information to their whole network specially because of breach of privacy and data ownership. Instead they relied much more on traditional ways of communicating such as phone calls.

However, Hwajung Hong, a PhD candidate at Georgia Tech , studied the use of an online social network and its influence on helping to develop independent experiences by individuals with autism. This research concluded that these online platforms helped those diagnosed with autism to widen their support network and somehow build self-confidence.(2)

Therefore, the researchers at Lancaster University highly considered that a suitable and trustful social networking platform should be evaluate and required in order to support their project. The Access ASD built a social support network around a Diaspora  platform, which is based in three keywords: decentralisation, freedom and privacy.

The android prototype developed by the Lancaster University is still in its early days and the user trials has been monitored closely. The project has been so far an enormous success within the CUG, their families and carers. It aims to, based on future research and further trials, offer help to a wider population, as well as provide valuable tool to aid people with autism, and those involved with it, to develop stronger support, better social integration and manage anxiety.