Raspberry Pi: an educational tool for everyone?

Let me introduce you to the Raspberry Pi, a small computer (about the size of a credit card) that can be purchased for only 30 dollar*. Equipped with 512 Mb of RAM, a powerful processor and a HDMI card it can be seen as a computer rather than just a toy. Originally designed in 2012 by the University of Cambridge’s Computer Laboratory (Dean & Bruce 2014, p.174) for educational purposes, the Raspberry Pi has also become an object for many uses. The Raspberry Pi can be programmed to work as a Wi-Fi-spot, a thermometer, a media center and more.

The creators of the Raspberry Pi explain the reason of their invention in the following statement on their website:

“We want to see affordable, programmable computers everywhere. We want to break the paradigm where without spending hundreds of pounds on a PC, families can’t use the internet. We want owning a truly personal computer to be normal for children, and we’re looking forward to what the future has in store.” Raspberry Pi Foundation

Is the Rasberry Pi an educational tool for everyone? J. van Dijk and K. Hacker use the term ‘digital divide’ to sum up four issues that divide people with and without computational knowledge. For the sake of conciseness in this blog, I’ve chosen to discuss three pilars. These are: mental access, material access and skills access.

Raspberry Pi, an educational tool for everyone?

The first issue, a lack of interest, is an issue the Raspberry Pi can oppose. The Raspberry Pi has an appealing symbol of a Raspberry (of course),  and a seemingly low entry level (being advertised as an object designed for educating children) that might counter the unattractiveness of this machine and the anxiety of technology to a point that people will buy the computer. It’s only 30 dollar, so why not give it a try?

Not having access to material can be partly solved by the Raspberry Pi, due to its low costs. The barrier of buying something that costs more than a whole month of wage is gone. However, the Raspberry Pi can’t operate without a mouse, screen, keyboard and a SD-card which all are not included in the 30 dollar package. In that sense, the Raspberry Pi won’t solve the problem of material access. 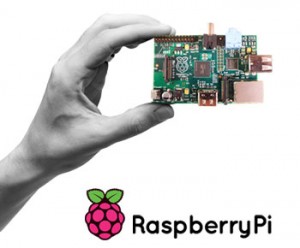 Is the Raspberry Pi an educational tool for everyone? Not really. It’s an attractive object because of its low costs. However, to make fully use of the Raspberry Pi is difficult without any assistance of a teacher or skilled person and it is certainly not possible to work with without having the right tools (mouse, screen, keyboard, SD-card, beginners guide and knowledge of hardware). In order to make use of it, you already have to know how it works, and that is a problem. The Raspberry Pi is mainly an educational tool for the already skilled people, and maybe a toy for hackers.

If you’re skilled enough and interested in buying the Raspberry Pi, you can take a look here.