Is it time to change college?

The concept of universities and teaching mechanisms hasn’t changed dramatically over the last 800 years: a particular person with knowledge of certain issues stands in front of people who know less about the issue; by speech they receive information about the issue; and with this they learn. Thomas Aquinas did it in the 13th century, whilst students currently are exposed to this manner of teaching in various degrees at various institutions. Recently several developments increased the accessibility of knowledge, through projects such as Massive Open Online Courses (MOOC), where platforms like the Khan Academy and Coursera offer online courses about various issues to whomever are interested. 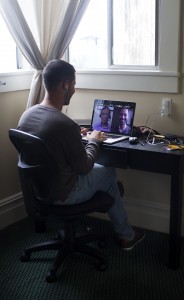 The newest development is the Minerva Project, which is a real accredited college with real students and an own campus who offer another technique for learning through digital means. Based in San Francisco, the Minerva Project tries to redefine a century-long culture of academic life and principle. With the introduction of internet, social media, big data and the commercial interest related to it, one could argue that the Minerva Project is just another Silicon Valley-minded approach to innovate an institutionalized concept.

The Minerva Project is a part of the the Keck Graduate Institute, a Claremont-based college part of the Claremont Colleges consortium. Though all other colleges of this consortium are based in the Los Angeles Area, the Minerva Project is the only one based in San Francisco. The idea is different. The students – in the first year thirty students from fourteen countries enroll – are supposed to transfer to Minerva locations in Berlin, Buenos Aires, Hong Kong, Mumbai, London and New York in their second, third and last year. But this isn’t the innovation Minerva want to become.

At the center of the Minerva Project is the software called the Active Learning Forum. Students log into the software at places they would like to sit. The courses are given with the help a webcam. A maximum of nineteen students log in along a professor who gives the course. The result is some sort of a massive Skype-conversation wherein the professor is the moderator, allowed to give tests, to let people debate, to follow real life statistics about the students and involve other digital techniques in the course. Different than being in a lecture hall typing notes on the computer, being able to be distracted by friends and Facebook, Minerva offers short intensive courses where students need to be at their top game to participate; to not able to be distracted because at any time a quiz can be given. This way the students are engaged with the lecture instead of them being presented with information relating to the topic.

Last year, Minerva received a 25 million investment from Benchmark, the the venture-capital firm that also financed eBay and Twitter. Take this together with Minerva’s CEO, Ben Nelson, a Silicon Valley entrepreneur, leading the online photo service Snapfish for a couple of years, and one could notice a Californian Ideology in the project. This concept, introduced by Barbrook and Cameron (1995), describes an major believe in technological determinism. Take a look at recent popular startups as Airbnb and Uber and compare it with Minerva, and one will see that all three correspond with each other: with the help of technological advancement – such as the internet, platforms, big data, etc – an old concept is turned into a commercially minded new concept. At the same time, an individualistic-but-collaborative spirit is created, wherein people and small entrepreneurs take over from settled institutions. Uber did it with taxi’s, Airbnb with hotels and other rooming whilst Minerva is planning to change the academic world.

Whether they succeed is one big guess. For example: what will happen when they scale up to more students? Who will they hire? What will happen if the pretty untested pedagogical approach won’t work or only appeals to students with a serious autodidactic streak? For now, traditional colleges and universities won’t disappear, but Minerva is a project to keep an eye on. Maybe they will change everything; maybe they will become one of the many Silicon Valley startups who fail. Another 25 million lost. Who cares in Silicon Valley.