Functions of representation in a work of art & MMORPGs

‘‘Do Not Touch” is an interactive crowd sourced music video for Light Light’s song ‘Kilo’. The video was created by Amsterdam based art collective Moniker. Before the experience starts users are being notified that their cursor is being recorded. Previous users’ recorded cursors have been saved into a cloud and they are shown as the user interacts with the video. Users are given instruction on what to do: they are asked to provide personal information by hovering above their answer (for instances about sexual orientation): 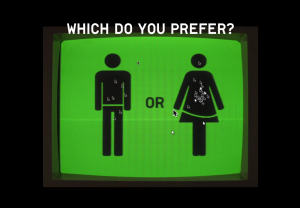 And they are commanded to act within a game-like setting (for instance to stay within a designated area): 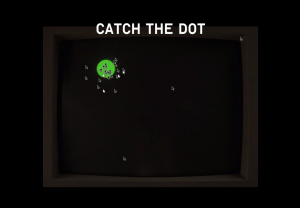 As the video progresses the digital style changes into a live-action setting and the users are commanded to ‘act’  as part of the video (like ‘playing’ the base with the cursor): 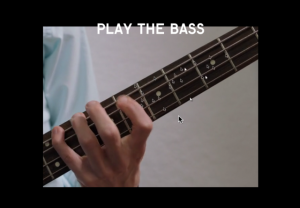 And finally, users are commanded to work together with the other cursors (like the creation of an image of a smiley face): 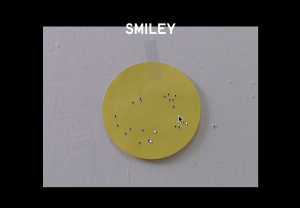 According to the artists, the video is a tribute to the digital cursor, which they think will eventually lose their place in our society. In Digital Trend‘s interview with co-creator Jonahthan Puckey he says that “the cursor represents a very personal aspect of computing, a kind of extension of the self. It’s you in the digital realm”. Puckey describes the cursor, in a McLuhan-esque manner; as an extension of the senses. The cursor acts as a very obvious extension of the hand, by ‘being’ the user’s hand in the screen. In the interview Puckey continues that the project evoked emotional responses. I think one explanation for this could be that our digital hand is really a big part of our everyday (digital) presence. Having our cursor follow up commands with other digital hands feels like a very personal experience. Users could become more aware of their own digital presence, and that could have evoked these responses.

Although the work is regarded as a sociological experiment,  I can’t help but see similarities between ‘Do Not Touch’  and the basic workings behind MMOPRGs (Massively Multiplayer Online Role-Playing Games). To put it very simply, these games have players creating a character, and in unison with others, they complete missions in a digital world. How users interact with ‘Do Not Touch’ and MMORPGs is practically similar; they follow orders, with others. In both cases users don’t specifically have to follow orders but they are being told directly what to do (and as can be seen in both cases, most users obey). 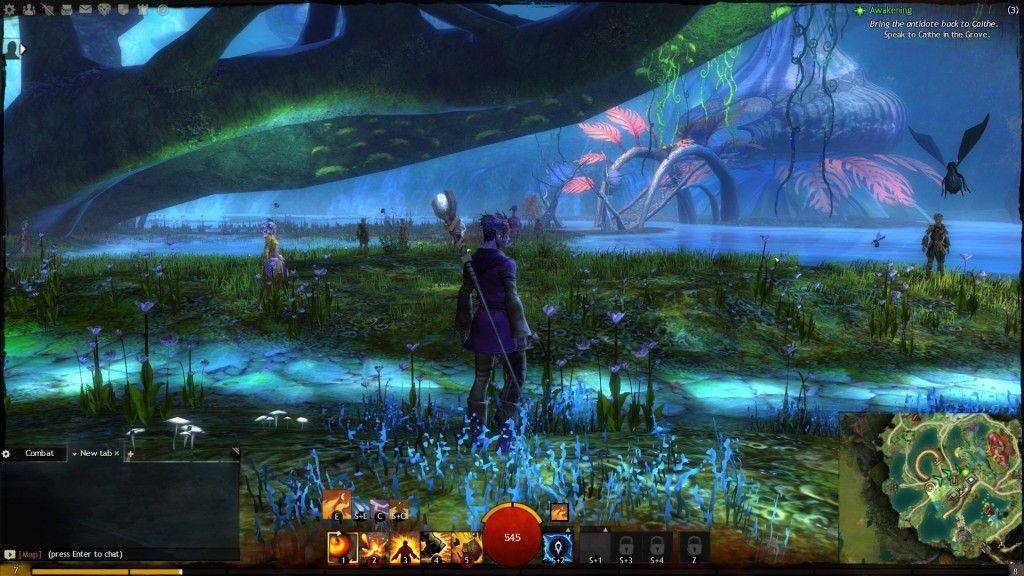 The article ‘Press Enter or Escape To Play’,  states that MMORPGs are used as an escape: “people escape because they are not entirely satisfied with real life. They want to be someone else to try and avoid the negative aspects of reality” (Warmelink, Harteveld and Mayer 6). How can it be that this command-and-obey power system can be seen as an experience that make people more aware of their presence in one case, and in the other case people use it to break with reality? I think this might be because of the difference in the way users are represented.

According to Michel Foucault people can struggle with the ‘form’ of power, he states:

“This form of power applies itself to immediate everyday life which categorizes the individual, marks him by his own individuality, attaches him to his own identity, imposes a law of truth on him which he must recognize and which other have to recognize in him. It is a form of power which makes individuals subjects (781).”

One of the types of the struggle with power relations is what “ties the individual to himself and submits him to others this way” (781). A struggle with this type of power could lead people to find a way of escape from becoming a subject, which MMORPGs can provide.

When users create a new character and they emerge themselves into a alternative digital world, they can ‘untie’ from themselves and become that character instead (whereas the cursor is more of an extension of them). They can break with becoming a subject, or at least with the subject they are in real life. It is not relevant for a player that they are being told what to do in the game, it matters that the person who is being told what to do is not them. So while on the surface the workings of ‘Do Not Touch’ and MMORPGs do seem similar, the representations of users in these digital objects can provide an experience with a very different meaning for users.