Hey Siri, do you spy on me?


Hey Siri, a feature which comes along with the new Iphone 6S has caused quite a stir when it became known that Siri (Apples Artificial Intelligence integration) could be activated on command by just calling “Hey Siri” to your device. This functionality is not completely unknown, since previous Iphones already had this built-in function, however, they had to be plugged into a power source in order to work. This changed with the release of the iPhone 6S due to the new M9 motion processor which makes it possible to constantly monitor background noises (appleinsider.com). This constant monitoring raises a lot of surveillance concerns: people are wondering whether the microphone is constantly listening or not and wether Apple is storing this data. If so, this would be highly remarkable since Apple made strong pro-privacy statements in their privacy policy:

“At Apple, your trust means everything to us. That’s why we respect your privacy and protect it with strong encryption, plus strict policies that govern how all data is handled.” (Apple 2015)

“We can, and we must provide both in equal measure. We believe that people have a fundamental right to privacy. The American people demand it, the constitution demands it, morality demands it.” (TechCrunch 2015)

According to these statements we might assume Apple will safeguard our privacy when using their services,  and if we are to believe the latest messages on TechCrunch, it turns out we shouldn’t worry too much. In response to the concerns, Apple made some statements to TechCrunch showing the device won’t record anything the user says before the feature is triggered. To activate the function there is a two way model. TechCrunch describes this as following: “Hey Siri requires a match to both the ‘general’ Hey Siri model (how your iPhone thinks the words sound) and the ‘personalized’ model of how you say it. This is to prevent other people’s voices from triggering your phone’s Hey Siri feature by accident.” It is possible to turn the Hey Siri function off since it’s an optional feature. So nothing will be recorded before manually opening Siri. However, when one is connected to Siri, and executes a task, this information will be sent off to Apple. Apple will relates this information to your device, although this information won’t be linked to your Apple ID or any other personal data. Apple uses this Information to improve their services (TechCrunch). This is something the user can not avoid. 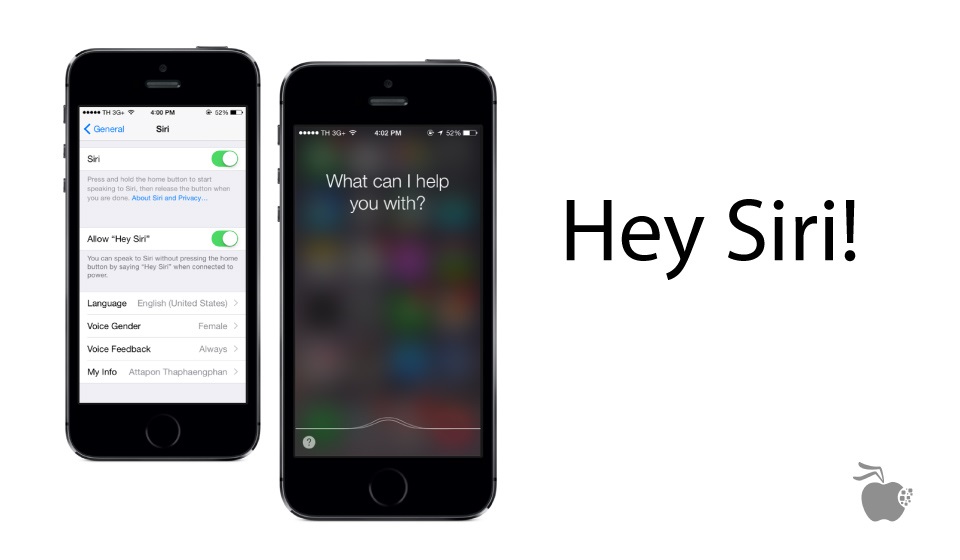 The fact that Apple still stores the search enquiries, shows that there is a certain level of surveillance. But considering this information is anonymous, and will only be used for improving matters, we could question whether this is problematic or not since it does not infringe our privacy.

Nevertheless, I think it is good thing that people keep raising questions about surveillance and privacy matters. In addition, it is even better that a debate like this can create such a fuss online. Especially given the circumstances around the Snowden revelations on the NSA in 2013.

In her article Control and Freedom: Power and Paranoia in the Age of Fiber Optics (2006), Wendy Chun states that this paranoia (or consciousness how I prefer to call it) is a normal respons to power. She states:

“This paranoia stems from the reduction of political problems into technological ones – a reduction that blinds us to the ways in which those very technologies operate and fail to operate. The forms of control the internet enables are not complete, and the freedom we experience stems from these controls: the forms of freedom the internet enables stem from our vulnerabilities, from the fact that we do not entirely control our own actions.” (3).

Especially the last point Chun makes about controlling our own actions fits very well within the concerns related to Hey Siri. The fact that we don’t really get how the technics behind the feature work, makes us suspicious about it’s motives.

I understand why people are worried about services such as Hey Siri, and I think people should be, to a certain extend. But I believe Apple is doing a good job when it comes to protecting their customers.

This said, I want to end up with some words of Apples own Tim Cook.

“Our commitment to protecting your privacy comes from a deep respect for our customers. We know that your trust doesn’t come easy. That’s why we have and always will work as hard as we can to earn and keep it.”