The Companion: App which walks you home

About Radvile Dauksyte
I am MA New Media and Digital Culture student in University of Amsterdam. I am originally Lithuanian but I have lived in UK and Australia because I love to explore different cultures. My background is in journalism and media as I have done a degree in this subject, wrote articles for a news portal and did a few internships in PR agencies. I am mostly interested in data journalism, changing economy landscape in digital culture and also the expression and creation of identities in the social media. My biggest passions are travelling, ballroom dancing and cooking. 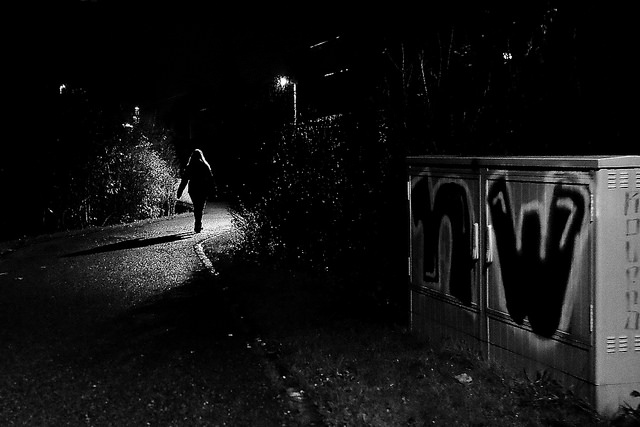 Walking home at night can be a pretty terrifying experience. If you ever had to walk home through eerie suburban streets at 2 am., you know how it feels. That is why five college students in the US created an application to walk its users home safely.

The companion app users can choose friends or family to be notified and virtually accompany them on the journey. There are options of notifying the police if they feel nervous; and if the application detects disruptions such as going off the route, headphones pulled out, phone fallen on the ground or similar, it will ask the owner “Are you okay?” to which they will have 15 seconds to answer before the phone notifies companions and the police automatically.

First, it has to be said that this is a great addition to ensuring students’ safety in campuses. Students’ safety has always been an issue not only in the US and this application gives more confidence to its owners and their friends and family members. However, it is important not to leave one’s safety to a mobile application, as said former Detective Tom Verni, quoted in Fox 5 News New York :

While the app could be useful, it shouldn’t be the only line of defence. He says you need to rely on your instincts and be aware of what is around you (Bowen).

The media seem to be filled with congratulatory praises from reviewers and users who have already installed the app in their phones and the app itself receives hundreds of users every day. Most of users celebrate this “upside to surveillance via GPS tracking” (Erbentraut) though what many overlook is that this is application is still tracking its users.

I <3 this concept, you can never feel too safe. "Companion safety app helps you never walk home alone" http://t.co/j9zk9hGYIV @getcompanion

Let us start with the creators admitting that they will be collecting data to see which areas are most unsafe. Although one can state that the goal of data collection serves public interest, it is not an official survey with defined goal and informed participants. 93% of the users will not even read the terms and conditions, as showed survey done by Skandia. Therefore we can suppose that letting users know about data collection is just a justification of a marketing strategy.

The team plans to collate this data and provide the information to campus security so that they can be aware of areas where trouble might occur, and, in the future, users will be able to specify why exactly they feel unsafe (Russon).

Having established that users are informed about collecting their data, it is worth looking at further implications on what the emergence of this app means to its users. The largest benefit of this app also brings the largest issue – surveillance. Users of this app exchange their privacy into safety.

Considering Gilles Deleuze’s “Postnotes on Society of Control“ it is not surprising that people know that they can be watched at any time but do not worry about it. In contrast with Foucault’s disciplinary society and people who behave right because they know they are being tracked, Deleuze writes about society where surveillance is so normalised that humans pay no attention to it. This application and its users are an excellent illustration of Deleuze’s ideas.

Ali Osworth from Autostraddle is one of the few who remained sceptical and voiced her concern with this app:

Surveillance is not the answer to safety … And giving up privacy for safety isn’t something I’m super willing to do, especially not when I can just call for help if I need it (Osworth).

Furthermore, what is done with this application can be called not only surveillance but also sousveillance. It is a terminology introduced by Steve Mann, meaning that cameras are brought down to ground level: it can be to watch and report authorities from below or it can be to watch people amongst people. In this case, the application tracks user’s movements located in their hands. This discourse encourages us to think what are the implications of tracking devices that users are carrying and others do not know that. Are we all being watched this way? Finally, what Schwartz suggests to think about is that there will always be users who refuse the idea of surveillance at al costs. This shows that there are users who still want to protect their privacy and refuse to give away their personal data. On the other hand, if the application helps more people to reach their home safely, does it not fulfil its purpose of saving users from accidents?

So the next time you have to walk home alone, what will you choose: ensuring security with app that tracks your every move or just having a friend’s number on hand?