Do Not Track: together let’s track Big Brother


After four years of negotiations, an agreement was reached on September the 8th over data protection on the internet between the United States and the European Union. Many privacy violations scandals later (i.e.: Edward Snowden’s revelations on the NSA’s practices), Europeans will finally be allowed to take American companies and institutions to court in case of privacy violations on the web. Why could it be one of the biggest advance in terms of the defense of our digital rights though?

The web documentary Do Not Track released by the French and German TV channel Arte last April could not have come along at a better time to answer this question. And its revelations might give you shivers up and down your spine. 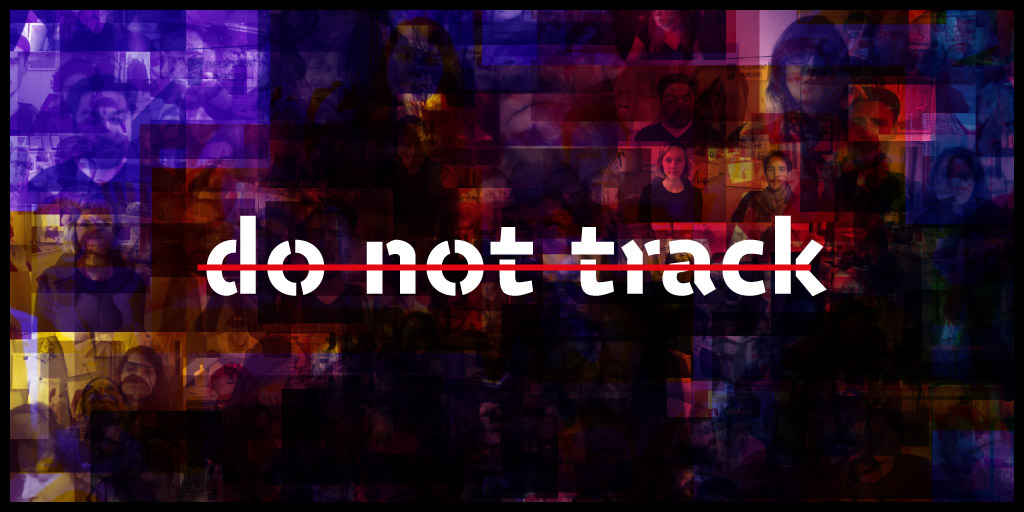 An oneiric ride throughout Big Data

Through a series of seven episodes, internet junkies will have no choice but to face an alarming reality: Big Brother is watching us. Designed to explore the drifts of the internet such as the systematic analysis and exploitation of our data, Do Not Track is revolutionizing the concept of documentary and acts like a wake up call for every web users concerned about their right to remain anonymous online.

By agreeing to provide some of their information (email address, access to Facebook profile-that they can erase afterwards) and answering a few questions, viewers understand how big labels (as much as smaller ones) such as the GAFA (Google, Amazon, Facebook, Apple) established an unstoppable private data hunt or how they make billions out of them, especially through behavioural advertisement.

In the documentary’s terms of usage, one can read that “The data generated by [Google Analysis] cookies involve your usage of the site: sites visited, frequency, number and repetition of visits, browsing duration, searches performed, browser used, service provider and the location linked to the IP address.” Scary? It is just the beginning.

A few of the websites that have access to one’s data when one goes on Lemonde.fr.

Smile, you are being profiled!

The further one goes into the web series, the more alarming it gets. It unveils the magic of algorithms used in online profiling and to what extent data brokers can read about us like in an open book. Going even further, one of the experts interviewed evokes the concept of collaborative filtering which makes automatic predictions of one user by collecting preferences of many users.

These complex mathematical structures gave birth to our Facebook timelines for instance: the content published on the social medium’s welcome page is almost only built out of content that we have consulted elsewhere or that our friends have had a look at before (news articles, music, purchases). Why is that? Feeding you content that is uncomfortable to you is at Facebook’s greatest risk: they might loose you.

Personal evaluation created upon the data provided by a Facebook profile, taking into account the gender, the age or the pages “liked”.

Looking more closely at the concept, Do Not Track represents a little media revolution. In addition to an aesthetic and modern design, the web series somewhat reinvents the traditional format of documentaries. The fact that it is “broadcasted” on a computer-aka the embodiment of the digital era- is not the only reason why Do Not Track is unique. Through animated graphics and an personalized outputs, it builds a direct interaction with the viewers and impacts them significantly more. In “Creative Strategies for Scientific TV Documentaries”, Joan Úbeda reminds us that

“If viewers feel that the information being conveyed by the film is directly relevant to them, they are more likely to stay with it than if they feel the subject matter to be remote “.

Do Not Track mesmerizes us, and it is worth it.

Houston, we have a big, big problem…

But above all, Do Not Track is a warning signal. We already gave up on our privacy, must it be when we call on Skype, post videos on Instagram or taking pictures with our smartphone, and we all know about it. But is it worth it to make it worse?

It is maybe after discovering how Facebook establishes a targeted profile thanks to the information we provide it that we will realize how good Big Brother can see. He does not even need binoculars, we offer him it all on a silver platter by “accepting”-enduring- the cookie policy of the websites we visit.

Personal evaluation created upon the data provided by a Facebook profile, taking into account the gender, the age or the pages “liked”.

The Internet is invaded by invincible enemies of privacy such as zombie cookies or fingerprinting, and despite Arte’s alternatives to keep some form of privacy such as ShareMeNot or Floodwatch (which analyzes all the adds that tracked us personally on a long period of time), reality kicks in quite fast: trackers will always be one step ahead.

Cartoon from The New Yorker

There was no time to loose for Western intelligence forces face to the “threats” following 9/11, and since then the web has become an open field for privacy violations and personal data exploitation. But as Do Not Track reminds us, a “digital self is linked to one person: you. So you should protect it.” So let us start here.