Oculus Rift: the next big leap towards virtual reality


In August 2012, the company Oculus VR set up a Kickstarter project to encourage the development of a revolutionary technological device, capable of plunging users into an immersive virtual reality. The Kickstarter rose to see $2.4M invested by 9’500 backers, foreshadowing its’ potential in the market. The device, now known worldwide as the Oculus Rift, is a headset that simulates responsive visual cues to give users a virtual simulation almost as compelling as real life. Predicted to be released in the first quarter of 2016, this machine and prototypes like it will propel society into a new dimension of virtual reality. 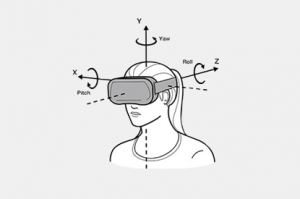 The project led by Oculus VR grew to be facilitated by a multitude of amateur programmers and developers. Supporters have the opportunity to participate in its’ evolution with software provided by Oculus VR and a dev forum to discuss issues and ideas. The company has also notably invested in a virtual hand technology system, which it can be assumed will lead to further potential of physical transmission into the virtual sphere. Independent developers are devoting their own time into software and hardware that might be useful to the Oculus Rift experience, such as this extension that enables facial expressions to transfer to your avatar. It is both exciting and terrifying to think of what will arise with this on the consumer market.

“The Internet has become a social laboratory for experimenting with the constructions and reconstructions of the self that characterised postmodern life. In its’ virtual reality we self-fashion and self-create” (Turkle, S. 1995)

Turkle writes about the complexity of quantifying a real experience into a virtual setting. Virtual reality enables individuals to assemble their identity like Lego blocks, picking what they like and dismissing what they don’t. The progress made to virtual reality since then serves to further demonstrate the validity in her theory. The Oculus Rift will undoubtedly prolong the lengths to which individuals are able to experiment in the virtual. Augmented reality interfaces are already being developed, which imply systems that can manage applications side-to-side with real life. This would enable greater cohesion between online and offline activity.

Facebook has actually invested $2B in the Oculus Rift project, an amount that begins to demonstrate how essential this new addition to virtual reality technology might be in the future of social media. A completely immersive Facebook or YouTube virtual reality is more than feasible to be released in the next few years, a concept that would redefine the boundaries of social media in our lives.

“As the technology of VR continues to develop, the cultural and social impact of its underlying message will be more keenly felt. This message is integrally connected to the concept of pleasure or psychological fulfilment without constraint, a natural consequence of participation in an environment created for the very purpose of escaping the inherent limitations of the physical realm.” (Cranford, M. 1996)

Cranford discusses the extents to which virtual reality has a powerful grip on our sociocultural habits as individuals, how the lack of physical embodiment in virtual settings simulates feedback without limitations. This increasing blur between the virtual and the real is redefining the way individual humans adapt to act on a social level. Today, on a social level doesn’t only translate to a give-and-take relationship between individuals, but can consist of one individual retrieving information and entertainment in online social settings.

Virtual reality with the Oculus Rift has already been acknowledged for its risks of eradicating real situations with virtual alternatives, such as experiencing a concert in virtual reality. According to sources on this article on Mashable, viewing a concert in such a virtual context seems to surpass the real experience on quite a few levels. This may be a sign of change in the future of live performance standards.

The Oculus Rift is going to be a controversial but phenomenal addition to our technological extensions. Individuals will have an even more compelling way to entertain themselves and stay in contact with one another. The next few steps into virtual reality are going to begin to define the paths that this new technology is going to open up for society. “The globalisation tendencies of modernity connect individuals to large-scale systems as part of complex dialectics of change at both local and global poles.” (Giddens, A. 1990: 177) To agree with Giddens’ views on the complicated cycle of modern socioeconomic interaction, globalisation is going to be culturally and socially challenged by this new means of communication

Cranford, Michael. “The social trajectory of virtual reality: substantive ethics in a world without constraints.” Technology in Society 18.1 (1996): 79-92.

Turkle, Sherry. Life on the Screen: Identity in the Age of the Internet. New York: Simon & Schuster, 1995. Print.