Is Discover Weekly a step forward or a step back? 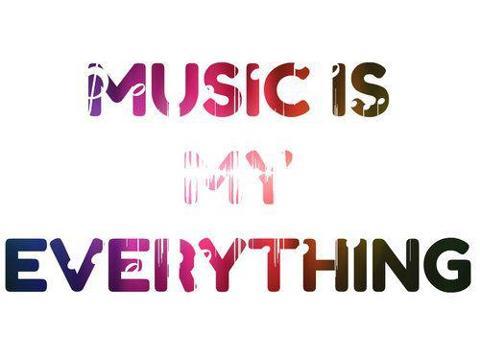 In the good ol’ days people discovered music by listening to the radio and recording the music on audio tapes. The disk jockeys were the opinion leaders that could make or break an upcoming artist. During the coming of age of the digital the sources for discovery became legion. We went from opinion leaders on the airwaves to watching MTV to following users of social platforms like SoundCloud to computer generated list based on genre preference. But now there is a new oracle of music in town.

On the 20th of September Spotify released a new feature called Discover Weekly. This is a personalized playlist that is updated every Monday with about two hours of music.

“For the first time ever, we’re combining your personal taste in music with what similar fans are enjoying right now. This means every song in Discover Weekly is based both on your own listening as well as what others are playlisting and listening to around the songs you love”

This new feature has a gotten a lot of press. Most of the articles are moderately positive (Time Magazine, WIRED) but Tech Insiders headline kind of says it all “Spotify’s newest feature actually has me excited for Mondays”.

Now the use of big data and/or machine learning for music discovery isn’t that new. There have been numerous playlist generators like iTunes Genius, Pandora Radio and Spotify extensions (Spotiseek, Spotibot, etc.) and Spotify Radio. What’s is (arguably) new or emergent is that these playlists aren’t based on data about the music such as genre, beats per minute or some other content-related metrics. It is computer generated based on understanding users. This next step isn’t really coming out of the blue. Over the years Spotify has invested heavily in ways to help users discover music. Towards that mission it acquired Tunigo (2013), The Echo Nest (2014) and Seed Scientific (2015) (CrunchBase). All three were companies that helped users discover music with the latest two identifying themselves as data companies.

Seed Scientific is the first data-centric consultancy. We leverage Big Data to craft solutions, fuel innovation, and improve decision making for clients around the world in the commercial, public, and social sectors.” – Seed Scientific

“The Echo Nest is the industry’s leading music intelligence company, providing developers with the deepest understanding of music content and music fans.” – The Echo Nest

During an 2012 interview with TechCrunch Jim Lucchese (CEO The Echo Nest) already talked about using the ‘cultural’ attributes of music. “what you like, what your friends like, the language you use to describe music and basically open it up to app developers to build smarter music apps”. In this light it should come to no surprise that Spotify updated its privacy policy to include a -lot- of cultural data. In the policy Spotify declares that it wants to go through your phone to get information on your contacts, photos, or media files, your GPS, sensor data and third-party application data such as your Facebook likes and posts. There is one line that is so off-putting, it is almost funny: “Local law may require that you seek the consent of your contacts to provide their personal information to Spotify, which may use that information for the purposes specified in this Privacy Policy.” (WIRED)

This led to an outcry in the media which resulted in an adapted privacy policy and a public apology from Spotify CEO Daniel Ek in which he said “We should have done a better job in communicating what these policies mean and how any information you choose to share will – and will not – be used.”

After a first scathing article in WIRED, WIRED went through the privacy policies of competitors (Pandora, Rdio, Apple Music, Tidal, Google Play Music) to compare and see if Spotify really went overboard. In its conclusion it puts forth some good news, which is that the intel is used to build a better product. However the bad news is that if you go to a competitor “you’re going to be giving away basically the same access anywhere where you turn.” This means that users have the option to stop streaming, give in or go back to pirating.

There is a fine balance between using data in an empowering way for the benefit of many and the use of data for ones own gains. In academic discussions about privacy and data authors often refer to Foucault’s thought experiment of the Panopticon. The Panopticon was a jail conceptualized (never build) by the Jeremy Bentham (see image below). What made the jail so interesting was that instead for hiding the prisoners away, the desired effect was to “to induce in the inmate a state of conscious and permanent visibility that assures the automatic functioning of power.” (Foucault, 201). Spotify users alarmed by the media might feel like these fictional prisoners locked up in a prison of exposure. This arises from a disillusioned sense of control. As far as I can see at this time. Spotify is only using its information to build a better product but the skewed power dynamic remains a problem. 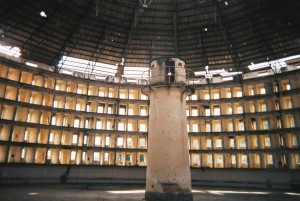