The Involuntary Preservation of Media Heritage Through Irony and Nostalgia


As a 90s child, I often find myself fondly remembering the sound of the iMac G3 booting up or how emphatic the local video rental clerk was about rewinding video tapes before returning them. Recently, while keeping an eye on the fashion world, I began to notice a reemergence of styles characteristic of the late 80s and early 90s. I sometimes switch my iPhone case to a white Gameboy Color, which I noticed attracts the attention of people from my generation. These types of situations have led me to believe that there is still something charming about the obsolete technologies of our childhood and a latent nostalgia present within our generation, which may be more than a feeling. 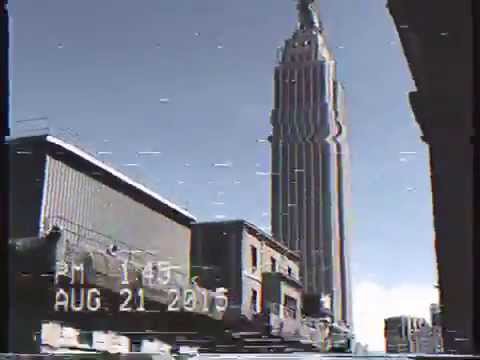 Thomas Worth’s VHs Camcorder app, developed by a company called Rarevison,has been all the talk of the tech town for the past few weeks. It has made its way to many top ten app lists and has been receiving a high number of good reviews on the iTunes store. VHS Camcorder is an application, downloadable on iOS 8.0 and higher. For the small sum of $3.99 it can be all yours.It is interesting to note that Worth did not have the intention of creating a product so immensely appreciated by a public of 80s babies and analogue nostalgics.

On a visual level,VHS camcorder mimics the aesthetics of a 1980s video camera, and delivers the ultimate throwback in terms of grainy, dated visuals, complete with the audiovisual interference characteristic of a cassette tape that has been used and reused a few times too many. The fact you need to be using the latest iOS to be able to run the app gives it a somewhat ironic twist and makes it all the more interesting to observe as an object that successfully combines digital and analog technologies. 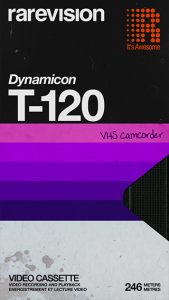 Back to the Future?

Beyond its amusing aesthetics, the relevance of such an app can be tied into the debate surrounding the nostalgia present within the millennial generation and, a sort of desire to go back to a time when analogue technologies were the only option. This desire is partially linked to the fear of analog and print media being entirely replaced by digital options. A common example of this is the discussion surrounding the place of libraries in the 21st century and ways in which they should work with, and not against online databases:

“The fate of the local library is by no means secure; these institutions are struggling to adapt to our rapidly modernizing world (Palfrey, 2015).” 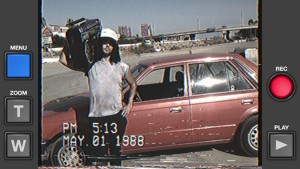 “Thinking about the concept of the medium in terms of cultural status.” (Newman, 2014)

The aesthetic of this app fits perfectly into the neo 80s mindset, which is part of a more transmedium trend present in film and music amongst others. The concept of “retrogaming” for example, refers to a return to pure,genuine or authentic gaming(Suominen), and marks the signinficance of a cultural movement that looks back on bygone eras for cultural and aesthetic inspiration. Another example of this cultural mindset is the 2011 film Drive, which displays an array of neon colors and is accompanied by a heavy synthesizer soundtrack reminiscent of the mid 1980s film and arcade game landscape. This aesthetic is also present in the synthwave music movement which is shown in the video below:

However, Worth reaches out beyond the 80s demographic with his VHS Camcorder, he even addresses those who ere not born in the 80s:” Too young to have lived through the 80s? Recapture your non-existent memories by shooting terrible awesome videos”(VHS Camcorder). The fact that this app needs a smartphone in order to function makes for the perfect combination of old and new media. This merging of old and new media may also be a part of a new way of inadvertently taking a step towards preserving all analog media through apps like this by triggering memories, both on a individual level and by reminding us how much audiovisual technologies have evolved over the past 30 years. 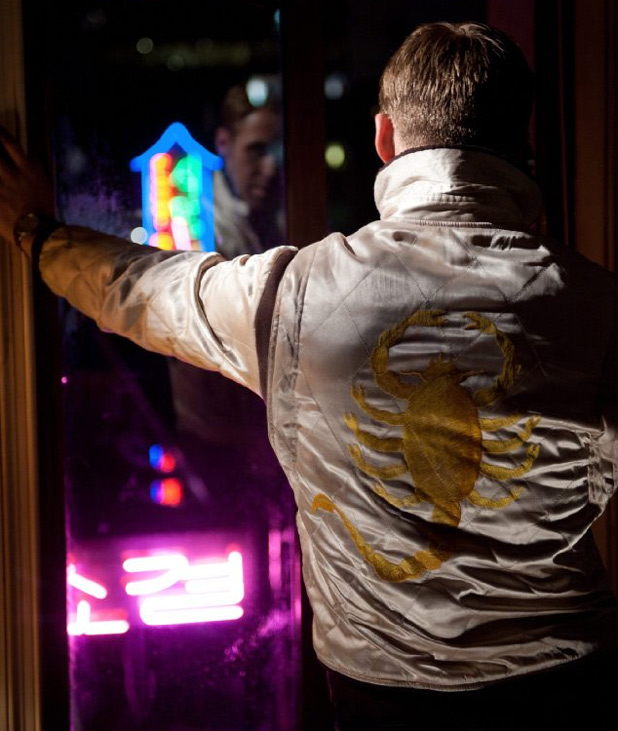 Palfrey, John G. BiblioTech : Why Libraries Matter More than Ever in the Age of Google. New York: Basic Books, A Member of the Perseus Books Group, 2015.

Suominen, Jaakko. FCJ-075 The Past as the Future? Nostalgia and Retrogaming in Digital Culture. The Fibreculture Journal, n.d. 14 Sept. 2015. <http://eleven.fibreculturejournal.org/fcj-075-the-past-as-the-future-nostalgia-and-retrogaming-in-digital-culture/>.

Tags: media heritage, Preservation
One Response to “The Involuntary Preservation of Media Heritage Through Irony and Nostalgia”
Leave a Reply
This blog is protected by Dave's Spam Karma 2: 2705362 Spams eaten and counting...