Big mother is watching you!


It will come to no surprise that in the past few years, digital media has changed primary and high school education in some major ways. Ipads, YouTube and “digital learning environments” have all been fully embraced by most dutch high schools and they have changed the way teachers interact and communicate with their students. However the digitalization of the classroom has also changed the involvement of the parents in the education of their children. I discovered this when I first heard of Magister, a software application that has extended the parental watchtower to new heights.

Magister is an administration program for high schools, to register and manage student-data, like grades, presence/absence and schedules. Teachers can store and manage all the data of their students in one place, and this data can also easily be transferred when the student goes to the next grade. Magister even provides a place for the teachers to give extra digital learning materials.

Now, a simple administration program for storing data might not seem very interesting, but where it gets more thought-provoking is in the fact that this data can also be accessed by the parents of the students. Parents don’t have to wait anymore for the half-yearly parent-teacher meetings to find out how well their children are doing at school, they can immediately check up online. Surprised that Timmy came home from school so early today? One quick look at Magister and you know if he did or didn’t skip class. Are you doubtful that little Anne truly doesn’t have any home-work to do for tomorrow? Quickly log into Magister and you’ll find out soon enough.

Of course it is not necessarily bad to involve parents more into the education process of their children. This way parents can intervene earlier and more adequately when their children aren’t doing well at school. With Magister they can monitor their children and help them every step of the way. It used to be that the teacher was the one responsible for a child’s education, he or she had to monitor if their students did their homework and make sure they didn’t skip class. Now this responsibility becomes more shared between the teachers and the parents. Thus Magister might very well lead to less students skipping class and overall grades going up.

However Magister does raise some interesting questions in regards to surveillance and digital media. For example let’s take a look at Michel Foucault’s concept of the panopticon. The panopticon prison was designed by english philosopher and theorist Jeremy Bentham in the late 18th century and it’s design consists of one central round watchtower, encircled by prison cells. The cells are designed in such a way that the guards in the watchtower can see every move the inmates make, however the prisoners can’t see in the tower. Thus the prisoners can never tell if they are being watched (Agre 740). The effect of the panopticon is, according to Foucault, “to induce in the inmate a state of conscious and permanent visibility that assures the automatic functioning of power. So to arrange things that the surveillance is permanent in its effects, even if it is discontinuous in its action; that the perfection of power should tend to render its actual exercise unnecessary….in short, that the inmate should be caught up in a power situation of which they are themselves the bearers” (201). 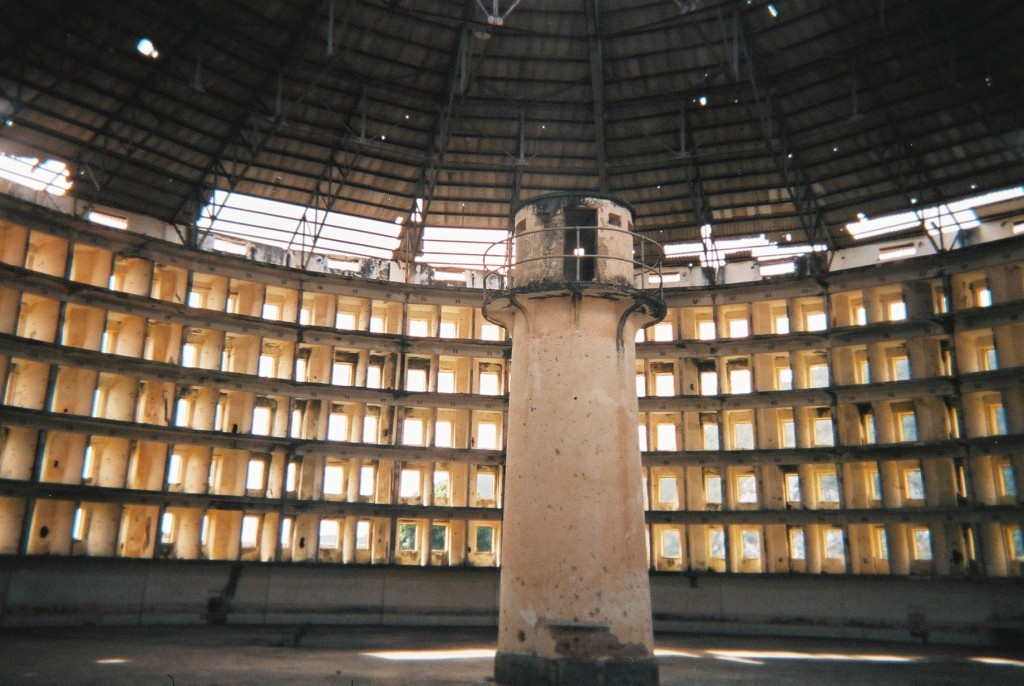 Though written before the start of the “digital revolution”, Foucaults panopticon concept is incredibly relevant and influential in questions we have today about surveillance on the web. We know people are watching our activities on the web, however we don’t know who or when they are watching, so the surveillance feels constant. It is easy to see how Foucaults concept also applies to Magister. Even if parents choose not to use the software to spy on their children, their children can’t escape the feeling of being constantly monitored. Maybe in the short run this will have benefits for results at school, but how about the long run?

High school is an important time in the development of a child, it’s where children come into their own and take giant steps to adulthood. This almost always goes hand in hand with a resistance against parental authority, a process we most commonly refer to as “puberty”. High school is where children start to create distance between themselves and their parents, where they become more self-reliant. And of course they will stumble a couple of times along the way. Skipping classes and lying about bad grades is of course bad when it happens a lot, but it is totally natural if children do it every so often.

With 470 out of 642 high schools in Holland using Magister, the application seems to be staying for the foreseeable future. However we should not so easily accept something, without thinking about the consequences it might have. High school isn’t just a place where children learn things about math and history, but it is also a place where they develop themselves into self-reliant and critically thinking adults. This means letting go some control, to give them room to think for themselves and to let them make mistakes every once in awhile.