Should you be worried by a networked street light?


This summer something remarkable happened in Amsterdam, in six weeks time an open source network was installed that covers an area encompassing the city center and beyond: The Things Network. This was done with a new networking technology – LoRaWAN (Long Range Wide Area Network) – which has been on the market for only two months now. The gateway device of this technology is similar to a Wifi router, but its signal is much stronger, the battery can last up to three years and it can support 10.000 devices. The founder of The Things Network Wienke Giezeman quickly found out that whole of Amsterdam could be covered with just ten gateway devices. So he pitched his idea to big companies like The Next Web and KPMG and the City of Amsterdam and as from the 21th of August the network has been online.

The Things Network is revolutionary in the sense that it has been set up completely by crowd sourcing, according to Martin Bryant of The Next Web, whereas the setting up of networks is usually done by large companies. Arnoud Wokke of the Dutch blog Tweakers underpins the efficiency of the network. Because the network is designed for devices that only have to pass on data now and then, the battery can last a lot longer. Say for instance that you are among the lucky few to own a boat in the city center. With The Things Network it is possible to set up a sensor device in your boat that monitors the amount of water in it. If you have a leak and the boat starts to flood you would automatically get a message or a maintenance company such as HoosJeBootje (literally translates as scoop your boat) could be contacted. 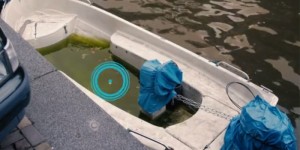 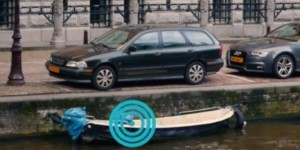 With The Things Network Amsterdam can become a ‘smart city’. ‘How can a city be smart?’, one might ask. The answer is similar to the boat sensor. Things like street lights, garbage cans and other objects in the domain of the City of Amsterdam can automatically update their status. If a street light is broken, or a garbage can is full, they can signal this themselves. The energy efficiency (or smartness) of cities can be improved using this technology. In the United States buildings account for three quarters of all energy that is used, of that, about one-third is wasted (Gershenfeld and Vasseur 61). For instance, lights stay on even when there is natural light available or air is cooled while the weather outside is more comfortable. This enormous amounts of waste could be prevented if these ‘things’ would be linked to the Internet and that is precisely what is happening now with The Things Network. 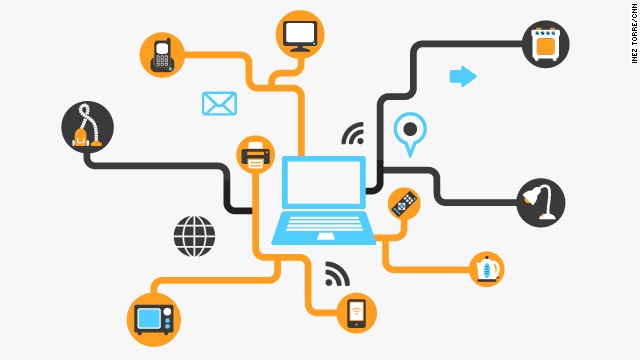 Because The Things Network is based upon the idea of the Internet of Things (IoT). With the IoT non-human controlled objects become linked to the Internet. By the end of 2015 there will be 25 billion ‘things’ connected to the global Internet (Almeida et al. 56). But alongside this immense growth of the IoT this year and in years to come the fear for increased surveillance by governments and corporations grows as well. In their research Almeida et al. ask the inevitable question: “Will the IoT be good for the many, or the mighty few?” (56). There is of course no easy answer to this question. But the privacy and governance issues that are raised here are of vital importance in this examination of The Things Network. Applications of the network like a boat sensor or a device in a street light seem quite harmless for human beings because they do not engage directly in data mining of Internet users. But imagine the consequences if other applications (like water management or power networks) that will be part of the ‘smart city’ in the future are hacked. These examples show that the IoT is in fact, directly related and intertwined with human beings (Almeida et al. 57). As privacy and ethics are not natural aspects to be considered in technology’s agenda, we have to come up with solutions for these problems ourselves (Almeida et al. 58). 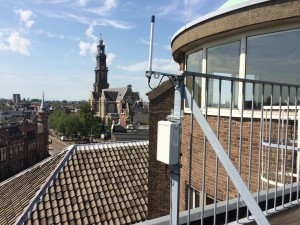 But how do we ensure privacy and security in a network like The Things Network, where countless of objects can be linked together? As Gershenfeld and Vasseur aptly note: “eavesdropping takes on an entirely new meaning when actual eaves can do it” (67). But privacy can be protected on the IoT, through cryptography. Centralized systems can always be compromised, whereas distributed systems do not share this vulnerability (ibid.). The distributed network architecture of the Internet is one of the main aspects that has made it so successful. For now, The Things Network is not yet at a stage where individual users are involved. But these will be the case in the (near) future. Potential users should be aware of the risks concerning privacy and security in this network, because the Internet of Things and the Internet of Human Beings are inherently intertwined. It is up to us to take advantage out of the numerous possibilities (like energy saving) that The Things Network offers and not let it become a monitoring, Panopticon-like tool for governments and corporations.

Bryant, Martin. “The Things Network wants to make every city smart – starting with Amsterdam.” The Next Web. Boris Veldhuijzen van Zanten. 2015. The Next Web. 8 September 2015. <http://thenextweb.com/insider/2015/08/19/the-things-network-wants-to-make-every-city-smart-starting-with-amsterdam/>.

Tags: Internet of Things
Leave a Reply
This blog is protected by Dave's Spam Karma 2: 2705362 Spams eaten and counting...