“Mark Zuckerberg is promising Facebook users a new button to express an emotion other than “like”. It’s being referred to as a “dislike” button, though Zuckerberg says it’s going to be a tool to express empathy, rather than contempt.” (BBC 2015).

The Inter-Face project project is a project that aims to challenge the way in which users currently interact with Facebook. By demonstrating new ways in which liking, commenting, sending friend-requests etc. could be modified, this project shows how users can become aware of their online ‘active’ social actions. This project contributes to the interpassivity debate. Facebook has created an environment that doesn’t require active participation of the users. Therefore supporting interpassivity within its infrastructure (Gerlitz & Helmond, Like Economy 14).

Today, a lot of social interaction is happening via online media. We message, chat, tweet, like, share and post, while a continuous stream of information about our social relations gets fed to us via timelines and newsfeeds. This new way of interacting and communicating also has introduced a new language, consisting of small yellow faces, thumbs up or down, pictures of cats with texts in big white captions, hashtags, retweets and Rick Astley songs. Most new media users have become quite well-versed in this new language, however can these standardized functions really be perceived as a way to express actual emotions? New media like Facebook and Messenger give a pre-set of options we can choose from, and expressing our emotions to each other is as simple as pressing the right button. This project aims to challenge Facebook’s standardized, single click activities, by demonstrating new ways in which commenting and liking functions could be modified. By doing this, we aim to make users become aware of the actions Facebook performs on their behalf.

This project is based on a concept from the philosopher Slavoj Žižek called interpassivity. Interpassivity can be defined as “the consensual transferral of activity or emotion onto another being or object – who consequently ‘acts’ in one’s place” (Wilson 1).Žižek used the laughing track in American sitcoms as an example, however interpassivity is also very applicable to digital media. Through digital avatars or emoticons, users can express actions or emotions via another object. Emoticons and likes have become an essential part of the grammar of digital communication to express emotions and feelings (Agre 746). With this project we want to spark discussions about how Facebook’s current interpassive and standardized pre-set actions can be discarded in order for users to become more active.

Besides its academic relevance, this project is also interesting for the Facebook user that aren’t interested in the academic purposes. When things become standardized they can also become boring, you can only see the same yellow smiley face so many times before losing interest. The value of likes diminishes when users ‘like’ whatever they see, which might be an effect when the function is standardized. It becomes a button that the sender has to put zero effort into. The infrastructure of Facebook, which is designed in such a way that it maximises the production of metadata, creates an environment that does not require active participation (Gerlitz & Helmond, Like Economy 14). In a sense, interpassivity is making communication easier and more convenient, but also less exciting than the surprise, spontaneity and expressiveness of face to face interaction. By letting users create their own emoticons, we introduce some customization and surprise in commenting and messaging via Facebook. Furthermore, by giving users the option to put more effort in liking and commenting, we improve the value of these messages. This, we feel, creates more excitement in these social interactions and might even encourage new forms of critical reflection.

In order to achieve the goal of this project, we have created a Facebook plug-in concept that alters the way you interact with Facebook. By adding and changing certain features, we hope to address to both the social actions of Facebook users and the way the grammar of Facebook steers social interaction in this direction. With this Facebook plug-in we want users to become aware of what they are not doing and what Facebook does for them.

To do this we have focussed on adding three new features. Firstly, we created an alternative for expressing emotions through social media: emotioncons. Secondly, we wanted to add more value to the liking system, by adding a popup to the Like button in the vanilla version of Facebook that enables users to explain why they liked it. Lastly we addressed the way users maintain their friendships on Facebook adding an expiring date to friendships that aren’t maintained actively enough by the user.

Emotioncons
Emoticons are widely used within social media to convey and express emotions. However these emoticons tend to stimulate interpassive communication because the user transfers the act of expressing emotions onto them. To address this we have created emotioncons, these are emoticons that the user can create themselves by making a picture of their own face (figure 1). This way, to create different kinds of emoticons, the user has to actually express these emotions with his or her face (figure 2). 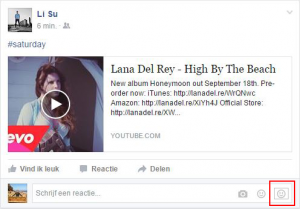 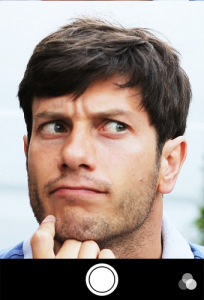 Figure 1. Express your own emotion 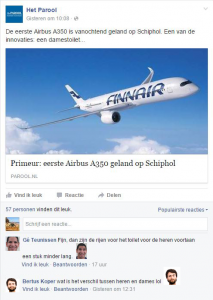 Figure 2. Your own face is an emotioncon!

WHY do you like this?
Liking was introduced on Facebook as a quick and easy way for users to express that they liked what their friends placed on their timeline. It was put forward as a short replacement for positive comments, such as saying that you find something ‘Awesome’ (Gerlitz & Helmond Hit, Link, Like & Share, 5). Therefore can be seen as an easy way to express a feeling. With this plugin we want to make users become more active, by asking them what they actually like about a Facebook post (figure 3). Therefore enabling users to make their likes more considered and social. 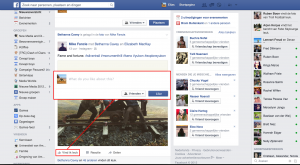 Friendship expiry
Inter-Face has created a more realistic representation of people’s social network within Facebook. By adding expiring dates to friendships, users are enabled to maintain their relations more actively, instead of having Facebook manage these relations for them. When no direct interaction has taken place between two users over an extended period of time, the friendship status is removed. The plugin doesn’t push any notifications as to when a friendship is expiring. Therefore stimulating an active involvement of users within Facebook relationships.

It is our hope that constructing and distributing such an add-on in Facebook’s interface would encourage individual users to broaden the grammar of action they have learned to use online. By adapting social media trends from an interpassive perspective to one that challenges users to reflect on why they consume certain media texts, Facebook could become a more interpersonal portal into online communication.

Wilson, Laetitia. “Interactivity or interpassivity: A question of agency in digital play.” Fine

Zizek, Slavoj. “Cyberspace, or, How to Traverse the Fantasy in the Age of the Retreat of the