Already in 2007 a New York Times article by Noam Cohen forecasted the “potential for extreme menace to the online-advertising business model”. This prediction was based on the arrival of a popular piece of software called Adblock Plus. But maybe an even bigger development in the ad blocking business, which was the starting point of our project, was caused by Apple only a month ago. Last September Apple launched iOS 9, which enables the ability to use any ad blocker on your iPhone or iPad (Davidson). This new opportunity has some great benefits for the consumers but it has some serious implications for the online-advertising business models as well. According to Business Insider UK the use of ad blocking software has increased by 50% compared to last year. As of now, ad blockers have been used by a relatively small amount of internet users, but the software might become mainstream since Apple’s update. This is also shown by the fact that ad blockers have been shot to the top of the chart of the App Store on day one after the update (Hern). This might be a serious problems as ad blockers “pose a danger to marketers, entertainers, and publishers” (Greenberg). This is the reason we why we started developing our project, AdBlock Fair. 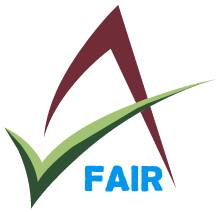 We introduce AdBlock Fair to create awareness around the unstable state of free content online. It will create the possibility for consumers to support smaller online platforms by allowing advertisement to be shown on personally selected websites. The AdBlock Fair software can be downloaded as an extension for existing browsers. The button will be visible in the corner of the user’s browser. If you’ve never visited a certain website before, the default will be that advertisements are shown. To change the settings for a specific website, all you have to do is click ‘support’ or ‘block’ to enable or disable the ads on that website. The software will remember your choices. We know that existing ad blockers do have a whitelisting function that basically does the same, but it works the other way around, starting with an almost fully ‘blocked’ web. Besides that, in our interface the user is only two clicks away from changing their ad-support status, which is much more user-friendly than editing whitelists. The extension will also show users the percentage of people that support the website by allowing advertisements. This will make web surfers more aware of the fact that some of their favorite websites need the revenue of ads to exist, the business model they are actively disrupting. The percentage of members supporting a website will be a good indicator for choices of other members and hopes to stimulate positive sentiment around advertisements.

We tried to make the artwork fit our project, so besides for aesthetical reasons, we implemented a light blue color in our website and video because of the neutrality we wanted to express, as opposed to forcing people into a specific decision. The logo is a big ‘A’, made out of two checkmarks: a red one and a green one. We also specifically chose for these figures, instead of a green checkmark and a red cross, because disabling annoying and obtrusive ads is not something we judge as negative. Even though we include a lot of characteristics of AdBlock Fair, we are already aware of future improvements. One of them is that we want to provide a platform for bloggers and others where they can be transparent about the way they earn money. By being more transparent we hope that the members of the AdBlock Fair community will support these free websites by not blocking advertisements. The programs we used to realize the project can be found under “Documentation” on our website.

Ad blockers threaten the existence of the websites that derive most of their incomes from those advertisements, like online platforms such as blogs, online newspapers, and for example YouTube. Consumers may not be aware of the necessity of online advertisement for certain platforms to exist. Much of the content available on the Web is free, for this reason many users could have come to a dual belief that content should be free, yet finding the advertising that supports such content annoying or intrusive (Vallade 827). This shows that consumers may not be aware of the fact that content can never be fully free. To illustrate the fact that ad blockers are endangering free online content, there is another recent example of measures taken by companies to fight ad blockers: Axel Springer decided to ban readers who use ad blockers from the Bild website. “Springer said visitors to the website of Bild, Europe’s top-selling tabloid, will be asked to switch off the ad blocker or pay a monthly fee of 2.99 euros ($3.40) to browse the website mostly ad-free” (Ten Wolde). This is an aggressive next step in the ad block war. It definitely makes people more aware of the fact that ad blockers actively disrupt existing business models and thus it helps our cause. Besides awareness on the consumer-side, AdBlock Fair might also encourage companies to exclude any obtrusive ads on their websites to make ad blocking as a whole less “necessary”. We hope AdBlock Fair can give a new dimension in this debate about free content.

Jilian Vallade has also written about the implications of ad blocking software. She argues that the problem for publishers is that “there may be no legal remedy available that can force users to watch advertisements they are not interested in” (853). According to Vallade, the solution may be found by “beginning to develop advertisements that people want to see” (853). Whether this is actually the case of not. the fact of the matter is that every advertisement now gets blocked by software such as AdBlock without differentiating the nuances in their financial gain and annoyance towards the users. This has also led to the surge of questions regarding the legality of commercial-skipping (829-830). Marketeers seem to object to the utilization of technology to enable people to blindly ignore advertisement. They argue that technologies such as AdBlock are often not an individual choice (which they consider perfectly legal), but a “technology that enables people to kill a business model” (833). On the other hand, ad blocking software providers say they’re technically not doing anything wrong by offering this service to individuals on the web. In this theoretical and legal debate, AdBlock fair could play an interesting role in mediating the two different sides of the spectrum.