Has Apple Destroyed the Internet? 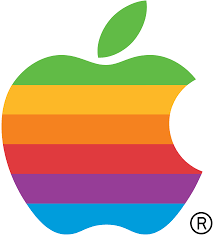 At the Worldwide Developers Conference 2017 (WWDC) Apple announced to the world their plans to sabotage the infrastructure of the modern internet. Their proposal to implement an ad-blocker called ‘Intelligent Tracking Prevention’ (ITP) onto their web browsers has produced a cloud of publicity with reactions varying from happiness to hostility. ITP uses machine learning to block pervasive adverts that follow users around the internet. The announcement has been met with resentment from the advertising industry as a signed letter from 6 advertising industry groups calls Apple’s plans opaque, heavy-handed and risk disruption of the digital advertising ecosystem (Marvin). Users have reacted gleefully to a positive step for online privacy; no longer will users be harassed with adverts for reduced flight tickets for weeks after buying flight tickets. The discussion highlights how much data advertising companies can discover about users and raises the question of how much of user’s personal information are advertising companies allowed to gather without the user’s knowledge?
The Destruction of the Internet Economy Model

Advertisers’ fears that implementing ITP will negatively affect how they can target users originate from the change in how ITP deals with cookies. Apple collect resources on companies that use cross-site tracking which can lead to the collection of lots of invasive data. When a user visits a site Apple will identify whether the site can track the user cross-site. If the site can track the user, the cookies used in a 3rd party context are kept for 24 hours an after 30 days of not visiting the site, the cookies will be purged. This means that relentless ads will only continue from sites that users visit regularly. (Willander) Apple’s ambition to be more user-friendly has led to advertiser losing large amounts of data and in turn lose the opportunity to increase revenues.

3rd party cookies are purged after 30 days of inactivity

Internet users have continually shown an animosity to these invasive adverts by enabling Ad-blockers onto their web browsers so advertisers fears that economy model of the Internet will be fatally disrupted by ITP is misguided. The web browser, Mozilla Firefox, had over 15,000,000 users of Adblock Plus alone in the last 30 days which conveys that the practice of ad-blocking is commonplace and desired on the internet (Mozilla). It means that advertisers will have to re-think how users want to see their adverts on the web rather than irritating auto-play videos or pervasive adverts that fill the screen as the user scrolls over it. The economy model of the Internet is not being destroyed but being re-shaped to benefit the user rather than benefiting the companies who take advantage of the individuals. The effectiveness of enabling Ad-blockers has led to many sites that rely on advertising for revenue, such as forbes.com and telegraph.co.uk, blocking users from the sites until they disable their ad-blocker. For Apple, a corporate giant, to take this step and to side with the user rather than other corporate entities, shows that users’ concerns are being heard and the intrusive adverts that users are accustomed to will have to be discarded.

Apple has a long history in protecting their customer’s privacy with encrypting FaceTime calls and Messages in 2014, NSA proofing the iCloud Keychain and most notably resisting the FBIs request to create a back-door entry to an iPhone wanted in the case of a terrorism charge in 2015 (Mogull). Apple’s research into cross-site tracking led them to discover that sites can use over 70 trackers that collect silently collect data on the individual users (Willander).

The advertising industry has disregarded user privacy for too long and Apple’s actions are a welcome change from an industry that relies heavily on advertising revenue. User privacy online is a major issue and not a hypothetical concern. OkCupid, an online dating site, sent a data provider called Lotame personal information regarding “how often a user drinks, smokes and does drugs” (Mayer and Mitchell). Companies have access to levels of personal data that reveal a detailed depiction of the user’s online life that most users would find a breach of their privacy.

The advertising industry must accept that their motives and Apple’s motives are not intrinsically linked. Apple do not rely on advertising revenue alone and therefore they must put user’s concerns about privacy at the forefront of their business model. User’s privacy concerns are considered with such importance that in 2012 the Federal Trade Commision (FTC) stated that the advertising industry must give consumers “greater control over the collection and use of their personal data through simplified choices and increased transparency” (Ur, Shay). It is through the lack of transparency about the data collected and how it is used that causes the most concern from users. TRUSTe, a technology and compliance company from San Francisco, carried out a nationally representative survey in the United States that found out 66% of adults did not want tailored advertising and that number rose to 86% when participants were informed of the techniques used in tailored advertising. (McDonald, Cranor) By implementing ITP Apple have sided with the consumer at a time when the majority of the user do not trust advertisers with their personal data.
Facebook and Google Monopoly

One of the main criticisms of ITP is the manner in which Apple deal with 3rd party cookies, Apple’s technique is to purge cookies completely after 30 days of a user not re-visiting a particular site. This is so a site cannot keep your data if you do not regularly visit their site which, in practice, seems like a great idea but, in reality, this will lead to popular sites such as Facebook and Google gaining a monopoly over online advertising revenue as Facebook, Google and their subsidiary websites are most likely to be visited almost daily.

Apple are using its large marketplace “to pick winners and losers” in the digital world. (Chapell) With Facebook and Google, in 2016, taking 85c of every new dollar spent in online advertising, (Kint) they already control the vast majority of the money spent online and ITP will only make the gap between the smaller sites and the bigger sites even larger. The impact on user privacy, in relation to Facebook and Google, will not change to a large extent which means suggests that the large companies will continue to have extensive data on the users of web and smaller sites will have to find different techniques to try and compete for advertising revenue.

Facebook users concerned about their private data online will be unaffected by Apple’s changes as users willingly hand over personal data to Facebook in the form of what products they like, what restaurants they like to eat at and what sports team they support. Facebook’s most vital cog of their surveillance economy is their deep insight their user’s interests and behaviours, they know who their users are and how you will behave in the future and it’s all the data is given to them voluntarily. (ShareLab. 2016.)

Apple’s intention to reduce cross-site tracking and increase their consumer’s privacy will have benefits for their users but unless the whole structure of how big sites collect data does not change, unfortunately, companies gaining access to information that most users would consider too personal will continue to occur.
Machine Learning

ITP uses a machine learning model to identify which site has the capability to track users across the internet.Machine learning and Artificial Intelligence are two cutting-edge fields that will change the way in which tech companies operate. Google engineers ‘applied machine learning algorithms to the detection of diabetic retinopathy’ and Sundar Pichai states that with machine learning doctors can diagnose this disease ‘much, much better’.(Helft) This shows the opportunities that machine learning affords, it can be used various ways to advance technologies. Machine learning is used to ‘extract information from the raw data in databases’ (Witten, Hall) therefore machine learning is vital to ITP’s success as companies will try to use innovative techniques to manoeuvre around ITP; the program should adapt and continue to block the pervasive adverts. ITP’s machine learning effectiveness should give Apple users the confidence that their data will remain private.

The Future of Online Tracking
Apple have shown to customers everywhere that they value their concerns by creating Intelligent Tracking Prevention and hopefully this program will lead to more companies understanding that tracking users covertly on the internet without their prior knowledge is not the way to endear themselves with potential customers. Users should not have to worry about their web habits creating a personal story about themselves for companies to manipulate for profit every time they watch a music video or read a newspaper article. Whether or not other companies follow Apple’s lead in respecting people’s privacy over profit remains to be seen as advertising revenue is fundamental to their business model but the levels of information that companies are able to acquire about users has gone past what is acceptable and in an industry awash with money it is heartening to see user’s concerns being recognised.