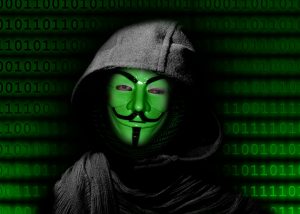 Many platforms such as Facebook, LinkedIn, and Google thrive on both the business and social models that accountability is important. From a business aspect, the data becomes more valuable if they can identify exactly who you are. From a social perspective, Mark Zuckerberg claims “There are a lot of online communities that are separated from reality and the world. That we ask everyone to use their real name kind of grounds it to reality and ties it back to the person’s real identity,” (Zuckerberg, 2014).

However committed these platforms are with identifying their users, there are other platforms which are rejecting this model. Several new apps are creating a resurgence in anonymous internet use. Anonymity and the internet are no strangers. In fact, as far back as 1999, Helen Nissenbaum wrote, “the value of anonymity lies not in the capacity to be unnamed, but in the possibility of acting or participating while remaining out of reach, remaining unreachable.” (Nissenbaum, 1999). As anonymity offers advantages, it also presents drawbacks.

One platform that is currently trying to navigate the dark side of anonymous presence on the internet is the social media app, Sarahah.

Sarahah is an anonymous messaging service that managed to make waves when it surpassed Snapchat and Facebook in downloads from the Apple App Store in July 2017. It launched from Saudi Arabia in November 2016 and has grown exponentially ever since. The name is a translation of the word “honesty” in Arabic. Originally it was designed as a place to leave anonymous employer and workplace evaluations. (Carpenter, 2017)

According to a recent article in CNN tech, the app had over 62 million users in August of 2017. Additionally, popularity among younger users began to rise after teens started sharing links to their Sarahah profiles across their various social media feeds. (Carpenter, 2017)

The premise (and the design) is simple: You create an inbox hosted on the Sarahah platform. Make the link to your Sarahah public. Then, friends and strangers alike may follow the link to a place where they can leave anonymous text messages for your eyes only.

The app even encourages positivity with the small notice to “leave a constructive message :)” at the top of every page. While some are using the service as prescribed, and are leaving positive and upbeat anonymous messages, the anonymity has offered a shield behind which bullying can occur, particularly between adolescents.

This has come as no surprise to digital citizenship expert David Ryan Polger. In an interview for the CNN article, he said that this result was to be expected.

“The larger point that we need to decide when designing these environments is pretty philosophical — at our core, ‘how are people? If we leave them to their own devices, are they going to be toxic online or kind?’” Polger said. (Carpenter, 2017)

THE MASK OF ANONYMITY

Even though this may feel like a new version of an old problem, there is still a history of anonymous messaging services and social media tie-ins. Before Sarahah, there was Secret in 2014. Before Secret, there was Whisper in 2012. In 2011, many school campuses saw a rise in Yik Yak, which facilitates anonymous messaging based on geo-location. (Srivastava, 2017)

Anonymity has always been closely tied in with digital media use as it allows messages to go unattributed, unlike traditional print media which has historically relied more on sourcing. As Polger posited, what does the opportunity of anonymous communication reveal about the nature of human beings when sourcing is thrown out the window?

There are various views on this matter in both academic texts and beyond. Some point to correlations between anonymity and the online rise of cyber-bullying as undeniably showing a causal relation.

Christopher Bartlett of Gettysburg College subscribes to this theory of anonymity as a driver of deviant online behavior that wouldn’t occur in a transparent environment. He writes, “In the mediated world, anonymity is pronounced because a) the aggressor is not as identifiable and can use fake usernames, b) the bully does not need to have a previous relationship with the victim, and c) no physical scars or marks are inflicted on the victim from the bully. In other words, the aggressor’s anonymity may enhance the frequency of which cyber-bullying (vs. traditional bullying) occurs.” (Bartlett, 2015)

Bartlett’s view is that environments nurture behavior. His theory could be drawn upon further to indicate that perhaps speech that occurs on a platform like Sarahah is less likely to exist on platforms such as Facebook.

Sarahah affordance of anonymity means that the negative things you may have always wanted to say about your Facebook friend John Doe are now possible without the inherent cruelty being traced back to you. Names are important. An important example of this is the phenomena of sub-tweeting or subliminal tweeting on Twitter that fosters the defense of plausible deniability. (Scheidt, 2014)

The same works in reverse for an app like Sarahah. When the sender is anonymous, the receiver has no way of addressing the content of the message to the sender.

TAKING IT A STEP FURTHER

So when cyber-bullying does occur, how can a victim get the attacks to stop or confront their abuser? The answer to that is additionally more complicated.

According to the founder of Sarahah Zain al-Abidin Tawfiq says the app has taken steps toward combating cyber-bullying. It now has a feature that filters keywords and prevents certain messages from being sent. Sarahah also allows users to block certain accounts. (Carpenter, 2017)

But this only includes a text-based analysis that may fall short when it comes to predicting and preventing bullying before it happens. As a collection of data scientists at the University of Colorado—Boulder discovered, “text analysis can improve the accuracy of cyber-bullying detection in social networks tries to detect bullying in Twitter text data by looking for inappropriate words using a Naive Bayes classifier. They track potential bullies, their followers, and the victims. All of these works focused on the text-based analysis of negative words, and did not exploit social network relationships in their investigation of cyber-bullying.” (Hosseinmardi, et al., 2014).

This theory of self-regulation by Sarahah works in some examples but does little to address more pressing cases of cyber-bullying that may cross legal lines. Unfortunately, the problem is so emergent that many courts have yet to find a fix-all solution.

Legal scholars are currently debating both the feasibility and legality of unmasking anonymous bullies in terms of how it relates to privacy law.

According to the Boston College Law review, “The difficulty with anonymous internet speech lawsuits is that they bring plaintiffs’ rights to seek redress into conflict with defendants’ rights to speak anonymously during discovery and before adjudication of plaintiffs’ claims.” (Mazzotta, 2010)

They agree that we may not have the explicit right to be anonymous, but that in choosing anonymity, you are in fact choosing a form of privacy. The legal definitions of privacy may be non-specific, and that allows judges and lawyers to interpret where the rights of anonymity end and the rights of privacy begin.

THE HONESTY OF ANONYMITY

Shakespeare famously asked us “What’s in a name?” The answer, in this case, is apparently: quite a bit. Similarly, amongst many journalists, there is a popular adage that, “If your mother says she loves you, check it out.”

The meaning behind both of these phrases boils down to one concept that sourcing is ultimately how we decide to process information that we receive. Sarahah presents a new way of framing issues of trust and communication that media experts have been debating for many years. However, as is illustrated by these two old idioms, we have some innate resources for interpreting the truth.

While Sarahah is directed towards very personal information and communication, it may be helpful to treat it with more objectivity like we do with news reports. If the sources in news reports are all anonymous, we can comfortably place little trust in the information being received. Therefore, anonymous messages through apps like Yik Yak and Sarahah should only be afforded the same amount of credibility.