Facebook has announced its latest technological development, code-named Rosetta, which detects and recognizes texts in images, as well as videos. They claim that it’s for the benefit of the social network community because of the safety features it provides but what about the negative implications that come with it, which the majority seems to be ignoring?

What is Rosetta and How Does it Work?
Rosetta’s retrieval process occurs via an advanced system called Optical Character Recognition (OCR), which recognizes textual information using progressive software. They claim that the machine learning system, Rosetta, is capable of extracting text from “over a billion images and video frames in a wide variety of languages” (Moon).

The text extraction occurs through two processes. The first step is text detection, where they identify rectangular areas on the image that supposedly consist of text. 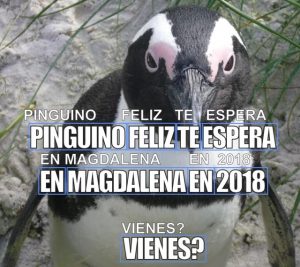 The second step is text recognition, where a convolutional neural network (CNN), a machine learning unit algorithm to analyze data, is used to decipher words in the rectangular regions (Sivakumar et al.).

What Does Rosetta Offer to the Social Network?

According to several articles reporting on Rosetta’s functions, what seems to be the most attention-grabbing headline is to highlight that it can read memes. This makes it seem as though reading memes is Rosetta’s divine purpose, but is it?

Facebook declares that Rosetta has several other practical uses such as, enhancing users’ experiences when searching for relevant photos and making the platform user-friendly for the visually impaired (Sivakumar et al.). Essentially, Rosetta would allow Facebook to signify inappropriate content and keep the network safe by distinguishing things like hate speech and avoiding its dissemination (Matney). This is heavily necessary due to our generation’s great use of social media as a political tool of influence and opinion chanting.

What about the Negative Implications on our Society?

It appears as though most of us seem to be blinded by the positive aspects of Rosetta. But what about the other side of the coin? It’s best to put it as Neil Postman did: “Is it not possible that behind the noon-day brightness of technological ingenuity there lurks something dark and sinister, something that casts a terrible shadow over the better angels of our nature?” (Postman).With that said, since one of the most concerning aspects of machine learning is its interference with user privacy, couldn’t Rosetta be just another way of extracting our data to enhance targeted advertising? (Dickson)

Facebook repeatedly stated that the perks of using such advanced technology is to keep the community safe. So, you would expect there to be more surveillance on such issues since DeepText was discovered two years ago but this hasn’t been the case. One of the most recent examples is Facebook’s contribution to the violence outbreak in Myanmar. It was heavily aided by hate speech, leaking of private data and the spread of fake news against the Rohingya Muslim minority through the platform (Safi).

We surely cannot ignore the fact that Facebook has been releasing transparency data reports and acknowledging the removal of harmful content to a certain degree. However, other statistics highlight that their fake profile levels were at 7% in 2016, while in 2017 that number doubled to 14% (Hutchinson). Consequently, it doesn’t seem like Facebook’s main concern with the creation of such systems is to eradicate harmful content.

Instead, what we have seen since 2016 is a spike in Facebook’s advertising revenue. Between 2015 and 2016 the revenue increase is $9,806 million, which approximately equals to the combined revenue of the first four years illustrated (“Facebook’s”). While there certainly might be other factors contributing to the significant rise, with DeepText’s capabilities of understanding user preferences and the context of the words they’re typing it could’ve led to a better data analysis . As a result, this would’ve caused the creation of better personalized ads, contributing to an overall increase in advertising revenue. What does this tell us about the combination of DeepText and Rosetta’s potential to boost these numbers in the near future?

Facebook’s advertising revenue worldwide from 2009 to 2017 (in million U.S. dollars)

What can we expect from Rosetta in the Future?

Ultimately, since Facebook has failed to comply with DeepText’s statements of safety implementation, I can’t help but question if the same will apply to Rosetta. Only four months ago the vice president of Facebook’s product manager stated that technologies like artificial intelligence are still “years away” from being able to effectively remove harmful content (Perez). Therefore, coming up with Rosetta and declaring its body-guard-like functions so soon after such a statement has been made, makes me question the extent of reliability that we should have on such a technology.

The emphasis on Facebook being “a capitalist corporation focused on accumulating capital,” highlights the use of social media to extract user’s data for economic benefits (Fuchs 148). Manufacturing Consent indicates that traditional mass media sold their readership to advertisers, turning them into the product (Herman and Chomsky 303). In contrast, with the development of new media, the algorithmic culture allows Facebook to sell users as products as well (Joler et al.).

Co-operations have been known to use machine learning techniques, just like Rosetta or DeepText, to gain awareness into the formation of data (Witten et al. 13). Therefore, this allows an establishment like Facebook to maximize economically, as they are gaining further insight into the user’s behavior to accomplish a goal of creating better targeted ads to increase ad rates (Yeung 3).

We’ve had software for years that violate ethical standards due to the constant data collection without the full acknowledgement of user’s, but with the rapid advancement of technology in the 21st century it amplifies the possibilities of using such systems for the betterment of an organization (Allen et al. 52). Thus, increasingly raising ethical and privacy concerns in terms of collecting personal data for marketing purposes (Mitchell 6). Will there ever come a time when we’ll be put first? With Rosetta in the picture, it seems as though the answer remains uncertain.

Hutchinson, Andrew. “Facebook Outlines the Number of Fake Accounts on Their Platform in New Report.” SocialMediaToday. 16 May 2018. Accessed 19 Sep. 2018. https://www.socialmediatoday.com/news/facebook-outlines-the-number-of-fake-accounts-on-their-platform-in-new-repo/523614/