The Cost of Convenience: Alexa As A Cloud-Based A.I. Smart Home System


Alexa is seemingly the A.I. of choice for smart home users in the current digital environment, and with the introduction of an audio assisted A.I. system into homes with more and more compatible devices released every year, what is the cost of this invisible A.I. infrastructure and how, if at all, does Alexa protect users’ privacy?

The Amazon Echo upon release in 2014 became the staple part of an AI home for the average consumer. The Echo Dot, released two years later, reduces that object to an inconspicuous, well, dot. With estimates of over 20 million Alexa devices sold in Q3 of 2017 alone (Perez), the AI home of today seems to be in Alexa’s incorporeal hands. If this really is the case and Alexa is, for now at least, warden of the home of the future, what is the cost of labour behind this shift? How much privacy do we sacrifice merely to have a smoother morning?

Essentially a cylindrical speaker that listens in all directions to hear the commands of its owner, the system runs them through the cloud based Alexa A.I. to do bounce back a command to a compatible device, such as turning on the lights or even reminding diabetics or other patients when to take medications. The A.I. is what makes the Echo so interesting as a new media object, using compatible devices to create a smart home digital media environment (Crawford, Joler). The device, while wireless, requires the Internet of Things to do fulfill its role fully (Li et al. 393-400). While the Echo has been around a number of years, the velocity with which new Alexa compatible devices hit the shelves is ever rising. Automated home lighting, heating, kettles, microwaves, dishwashers and even home security can be handled by the voice assistant, making the blooming market of smart home technology more accessible now than ever before (Long). In light of the growing market we must examine the origin of the product to hope to understand its cost.

The Cost of Progress

It is integral to the design of the Echo Dot that the great swathe of networks and machinations that go into interpretation of each every day query remain unseen, kept in the realm of small conveniences. Each command “requires a vast planetary network, fueled by the extraction of non-renewable materials, labor, and data” (Crawford, Kate and Vladan Joler). In the extraction of cobalt from mines, used in the development of lithium batteries used in the Amazon Echo and Echo Dot, children as young as seven work a full day in the mines for the equivalent of one U.S. dollar, in hazardous conditions (Amnesty International). The cost of the home of the future has more than just a monetary price tag then. Really to what extent can one hope to change the planet for the better while supporting indirectly an industry that profits from the lives and deaths of poorly treated, often-underaged workers? 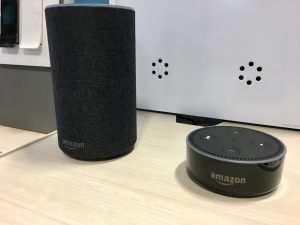 The Amazon Echo and Echo Dot, powered by Alexa.

The Echo has been lauded as a potential energy saving device by some, and so naturally we must question the nature of the working conditions for workers at the basis of this technology. We must also consider the shortcomings of the technology in that the appeal of the Amazon Echo as an energy saving device will only sell the product to so many customers, as “studies have confirmed interest in the energy management potential of smart homes, but have also identified potential market barriers to adoption” such as the price, privacy issues, and its reliability and functionality with different devices (Wilson et al 72-83). In saying this it may be inferred there could be a difficulty in implementing such technology into a more mainstream, less tech-oriented market, despite Amazon’s recent sales following the release of recent compatible devices (Long).  In some trials it has also been found that users often neglect smart home technologies’ ability to reduce energy usage (Hargeaves et al 127-139). All of these are barriers to the efficacy of the Echo and Alexa’s energy reduction.

Of all the principle concerns relating to Alexa as an A.I. home the handling of user data and privacy, as with almost all digital mediums, is paramount both in academic debate and in user and market concerns. The idea of a home-integrated audio A.I. system may still be a little too Black Mirror for some, however Amazon has been clear to clarify Alexa is always listening, yes, but only for key ‘wake’ words (Carey). However flaws have recently been found, albeit complicated and impractical, in the security system that allows eavesdropping of audio by hackers (The Week). Though fixed since it shows holes in digital security can exist undetected for some time, risking user’s privacy.

Constantly learning from experience and user interaction, Alexa is always storing data, but where is that data stored? Who sees it and what is it used for? Alexa works by sending your information to the cloud to search your query across the internet, so yes your requests are logged however these requests can be viewed in a personal history and removed, lest they lie around as available to corporate interests (Barrett). It is also of note however that like any search engine based technology Alexa stores all this information from your searches and queries to affect which ads show up to you, across the plethora of Amazon subsidiaries such as Goodreads.com, IMDb, or Twitch (Williams).

In the interest of speaking about how Alexa and an AI home would use your data it is not necessarily just as one-way as it sounds. Work has been done to incorporate smart devices by using the feature already built into them with some wearable tech that allows remote care and monitoring for the elderly (Pham et al. 129-140). This proved a viable option for healthcare at home for some patients. 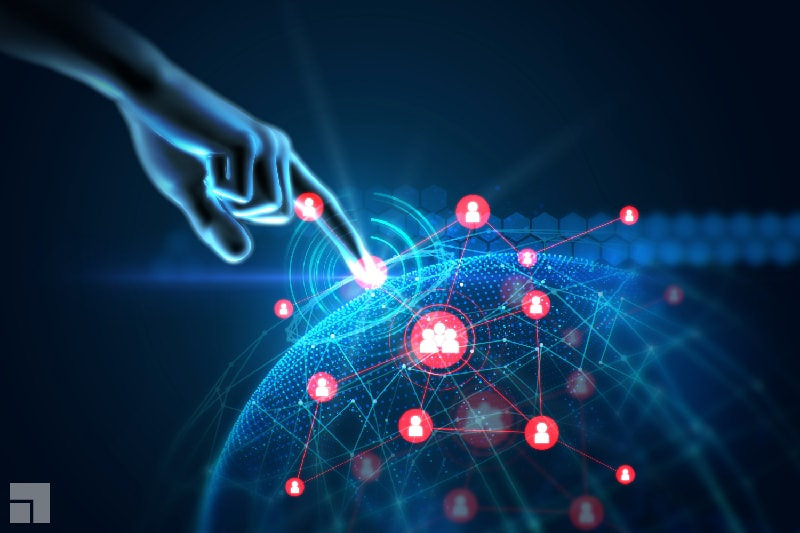 The effects of an A.I. system being incorporated widely could have unforeseen circumstances.

The introduction of Alexa and the Amazon Echo as a smart home device, in the end, appears similar to many emerging media objects in that they hold a great benefit for a select few and promise better standard of living and benefits for the environment, but may often harm those in the production and regard them merely as by-products. While there is an evident growing market for Alexa products there are also market concerns and prices that limit more global implementation. As such it could be suggested that the effects of studies mentioned here would yield different results in different cultures.

Barrett, Brian. “What Amazon Echo and Google Home Do With Your Voice Data”. Wired. 2017. 22 September 2018. <https://www.wired.com/story/amazon-echo-and-google-home-voice-data-delete/>

Parks, Lisa. “Stuff You Can Kick: Toward A Theory Of Media Infrastructure”. MIT Press.

Williams, Andrew. “How Amazon, Google and Apple use your smart speaker data”. The Ambient. 2018. 22 September 2018. <https://www.the-ambient.com/features/how-amazon-google-apple-use-smart-speaker-data-338>