or where the personal meets the political 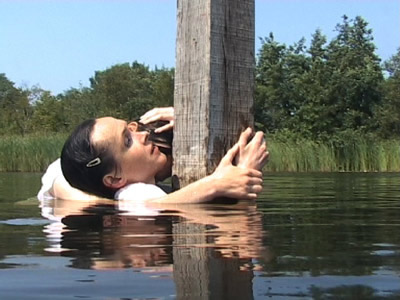 I’m not a believer in simple “non-hierarchical” or “free” structures,
Because there are always rules, responsibilities, structures of decision making and so on — the question is, which ones

Cooperation, co-operation or coöperation [1] is the practice of individuals or larger social entities working in common with mutually agreed-upon goals and possible methods, instead of working separately in competition, and in which the success of one is dependent and contingent upon the success of another…according to Wikipedia.
Cooperation in daily life can be seen as a way of dealing with relationships, issuing things like supplementation, taking charge, giving space, arguing, fighting and inspiring where multiple people working together to achieve one goal or different goals. Christopher Spehr now coined the term free-cooperation in contrast to forced cooperation as a reflection on a political utopia.

So one could say you have to bring utopia back to the kitchen, and it has to work there, and the rules of the kitchen have to be the rules of bigger cooperations – and not the other way round.

Spehr articulates the freedom part of cooperation in three points: freedom of negotiation, freedom of refusal and freedom of movement. This political utopia Spehr is talking about, is certainly interesting but also evokes some questions. The first one is about the use of the word utopia.
According to the Wikipedia the word derives from the Greek οὐ no, and τόπος, which means “no place” or “place that does not exist,” as well as “perfect place”.
The term is sometimes used pejoratively, in reference to an unrealistic ideal that is impossible to realize, and has spawned other concepts, most prominently “dystopia”. Maybe it would have been interesting if Spehr did not use utopia but eutopia as in the sense of being a positive utopia, different in the way that it means “perfect” but not “fictional”.
Maybe Spehr uses this word very aware and is he reflecting on free-cooperation mainly as an intellectual thought experiment. I find this hard to believe, especially since Spehr’s body of thought is so much based on real life problems and concrete facts of production and distribution.
The words of Brian Holmes do illustrate this with what he calls a classic toast of free cooperation:

And now part of our job as activists, everywhere, for years still to come, is to push these bastards out along with their ideas and their values and their geostrategies and their legal procedures and their organizational models and their modular management and their cynical Gucci ties and their bloodsucking IP ideologies, not to mention their start-up opportunism and shameless cooptation of practically any art that glitters. Vampires go home!

In Spehr’s utopia anyone can at any time question and changes rules and leave the cooperation easily. As a utopian idea, this is certainly interesting, but I was wondering, could I work or live this way? Don’t I want trust and devotion for at least the time a project is running? At a certain starting point you make the mutual decision you want to do a project together and this ensures continuity.
Isn’t this the same reason people decide to marry, so they say to eachother they don’t want to split at the first point of disagreement, but they want to make a commitment to eachother? This brings me to another kind of cooperations, those who are not chosen but developed organically. These cooperations, for example the artist team L.A.Raeven, very thin twin sisters who have their bare existence and relationship as topic, follow rules which are not designed but are developed within the family, under social pressure and through time. The questions I like to pose here is if they could alter the rules in this cooperation and to what extend are they free to do this? It seems like, before being able to adjust the rules, you should first alter the source where they come from: the individual relationships with eachother and their family. Here we approach Spehr’s example of the kitchentable as being the example for the big cooperations.

Besides the question if cooperation is chosen and if humans are free in general, Spehr explains that cooperations in this utopian politics could be free once there is no force. What are the instruments used in this forced organizations, what kind of levels of force exist in society and what is needed for every group that wants to liberate itself and fight this. The different levels of force can range from direct, material and brutal force, different sorts of economic force which use dependency, and social force like discrimination. Besides this, Spehr mentions the control of the public (who can speak an who can not) and the fact that the more dependent you become of a situation the less free you are in acting against it.
According to Spehr -in reference to Baudrillard’s producer-message-consumer model that should be destroyed in order to cause social change- we have to dismantle the instruments of domination and abandon the idea of using them for better things. We have to bring down these instruments of force and have to find better ways of cooperation and negotiation. Free cooperation should not dictate how societies are structured it should enable large groups and movements to learn, experiment and to adjust their forms to the problems they face.

Spehr is questioning the sustainability of free cooperation within the economic concept. Is the concept not just based on the condition that everybody has enough to eat and has a decent living? When taken the Wikipedia as an example of a force-less cooperation, we can see how the freeworking editors, who helped the pipesmoking Encyclopedia Britannica writers collectively out of work, can do their editing because they are paid at other jobs. Spehr is convinced that this is not the only situation where free cooperation should work: When big capital and big companies can split, join and fuse when they like, why could not the people who work there doing it for themselves. Besides this, we should even start to include people from outside the cooperation and stop excluding people. Spehr’s utopia, where rules are never fixed, needs to have one exception in order to work within the field of economy and distribution of property. Businesses should be restricted to move their companies to places where people are more obedient.
So it seems necessary to have some strict rules in this utopia, which are not negotiable and cannot be skipped.

Free cooperation is maybe not for everybody the desired eutopia. The work of L.A. Raeven and the way it originates is about forces and they may not want to eliminate them. In this work the forces are the fashion industry, society, the artscene and eachother. L.A. Raeven are using these forces to make their art and at the same time they are accusing them: They can be seen on the one hand as examples of Spehr’s ideas and fighting them at the same time. In their work, force is needed to revolve and theirfore facilitating development. Without these forces, their work would not exist. Or should we say that in Spehr’s utopia their would be no need for L.A. Raeven’s work?

In order to realize the force-less society with the utopian free-cooperation, Spehr thinks the different movements should start working together. Not only individuals need to cooperate, but the cooperations need to start cooperate:

…I think there is a lot of ideas going around in the world today that are related to concepts like free cooperation and can be brought into an interesting discussion with it. This discussion is essential, because this kind of dialogue between different ideas, different people, different groups is necessary to build coalitions and this is what we need today.

In the debate supplement of this weekends NRC Handelsblad John Gray states that the pursuing of a utopia must be replaced by an attempt to deal with reality. He thinks that the foundation of realistic thinking lays in the perception of Machiavelli that governments exist and have to achieve all their goals in a world with a never-ending disagreement that is not far from a state of war. To rethink Spehr by using eutopia instead of utopia we might need to negotiate between the utilistic approach (where the aim sanctifies the resources) and the deontology that looks at the ethical acceptability of the resources. But I doubt if Spehr would give some ground to his ideas and therefore he probably will stay at the Utopian site of the line.