Here is a visual impression on some of the projects seen at Dutch Design Week in Eindhoven. The projects shown have in common that they touch upon possible futures of media , in one way or another (and the projects below are just a few of many).

Spread over various locations, varying from the Design Academy to Strijp-S, from the Technical University to the Designhuis, design is in air everywhere! I am not going to mention them all; you should go and have a look yourself! (All exhibitions running until next weekend, see www.duchtdesignweek.nl) 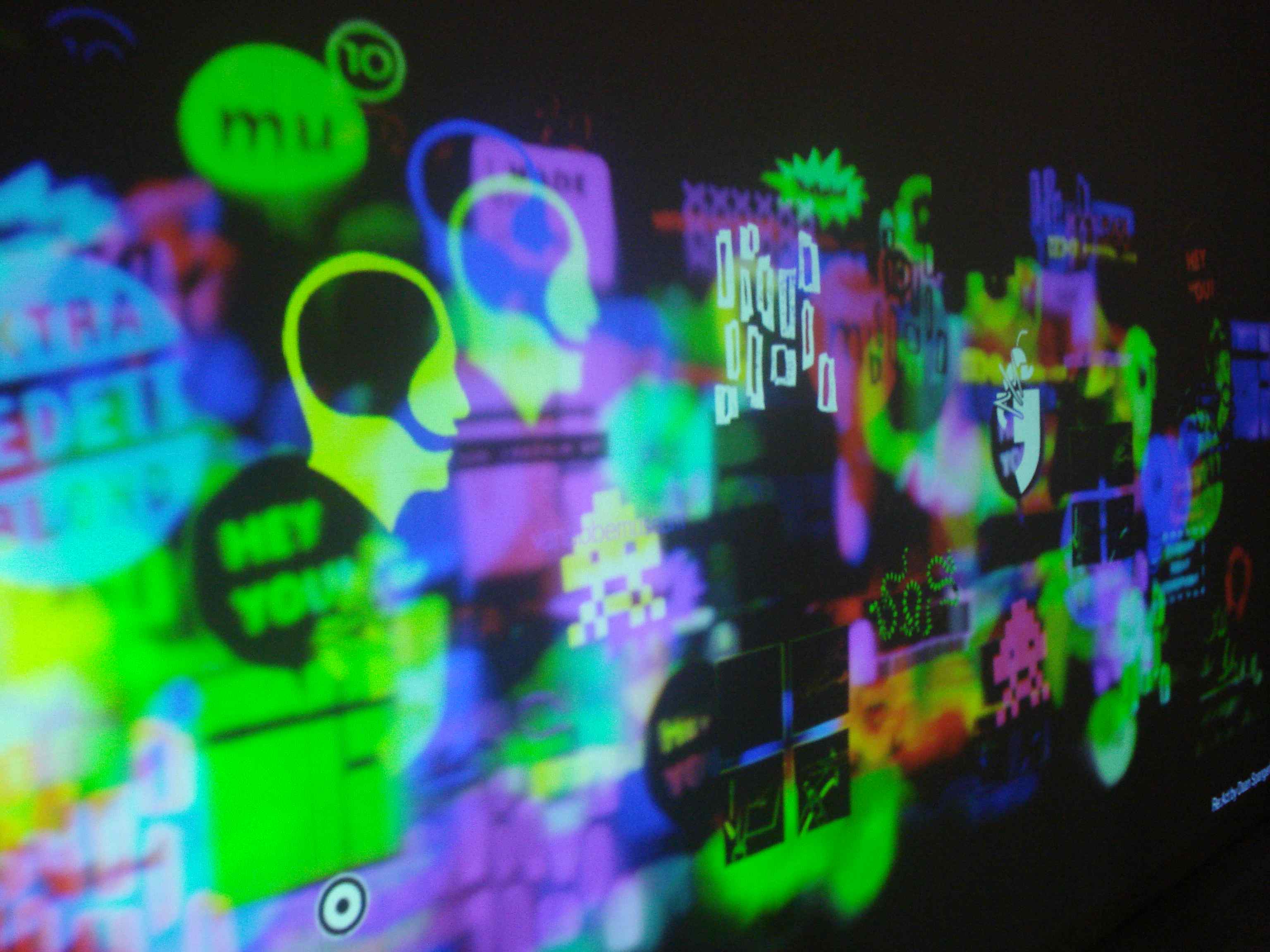 What: an interactive media wall that responds differently according to the distance between user and wall.
Seen at: Design Academy 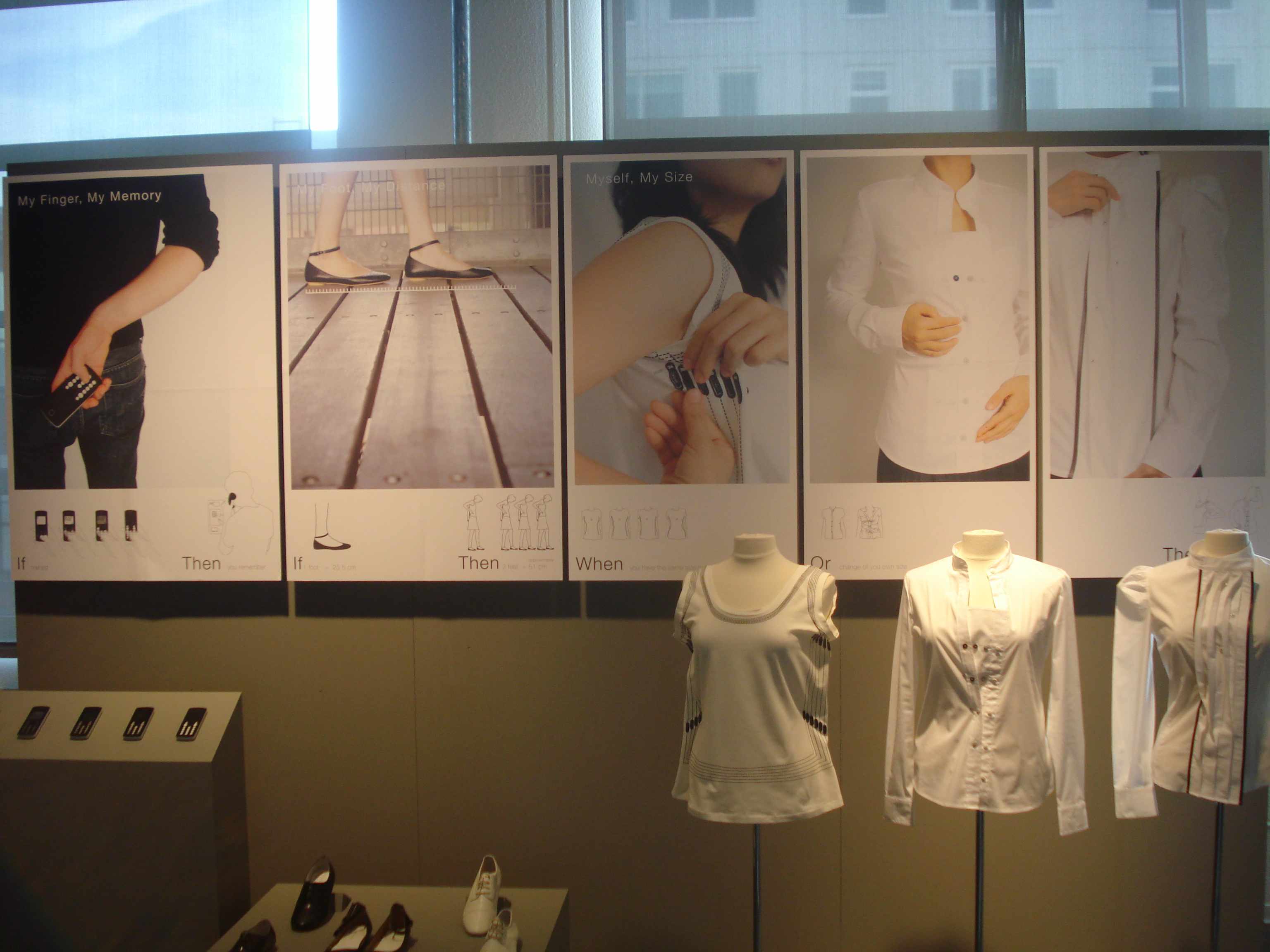 What: an exploration in a different types of interface via clothing.
Seen at: Design Academy 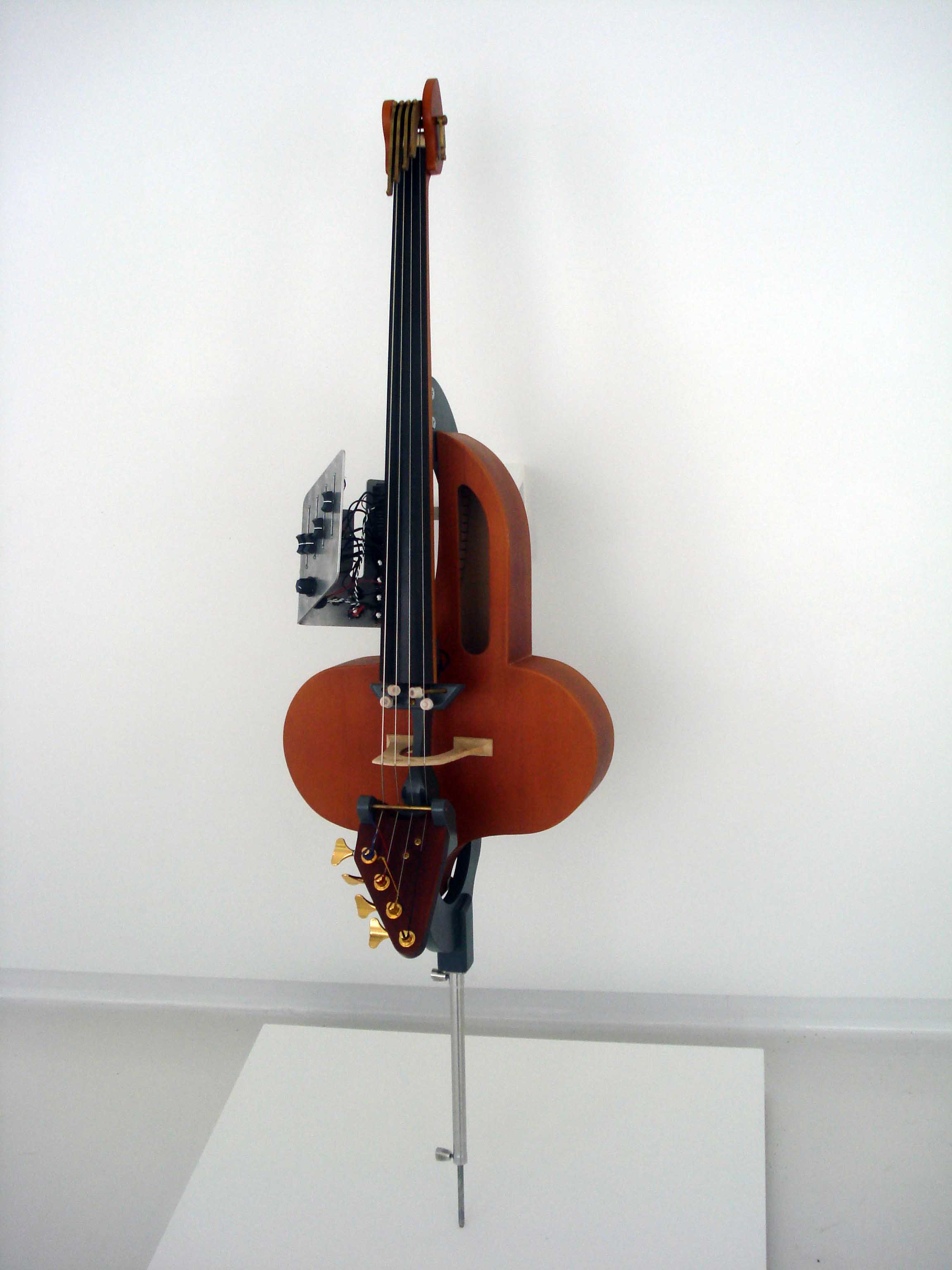 What: every designer’s major challenge, namely that of creating the new instrument. This instrument is really an excellent mix between digital and physical. And it is beautiful.
Seen at: Designhuis 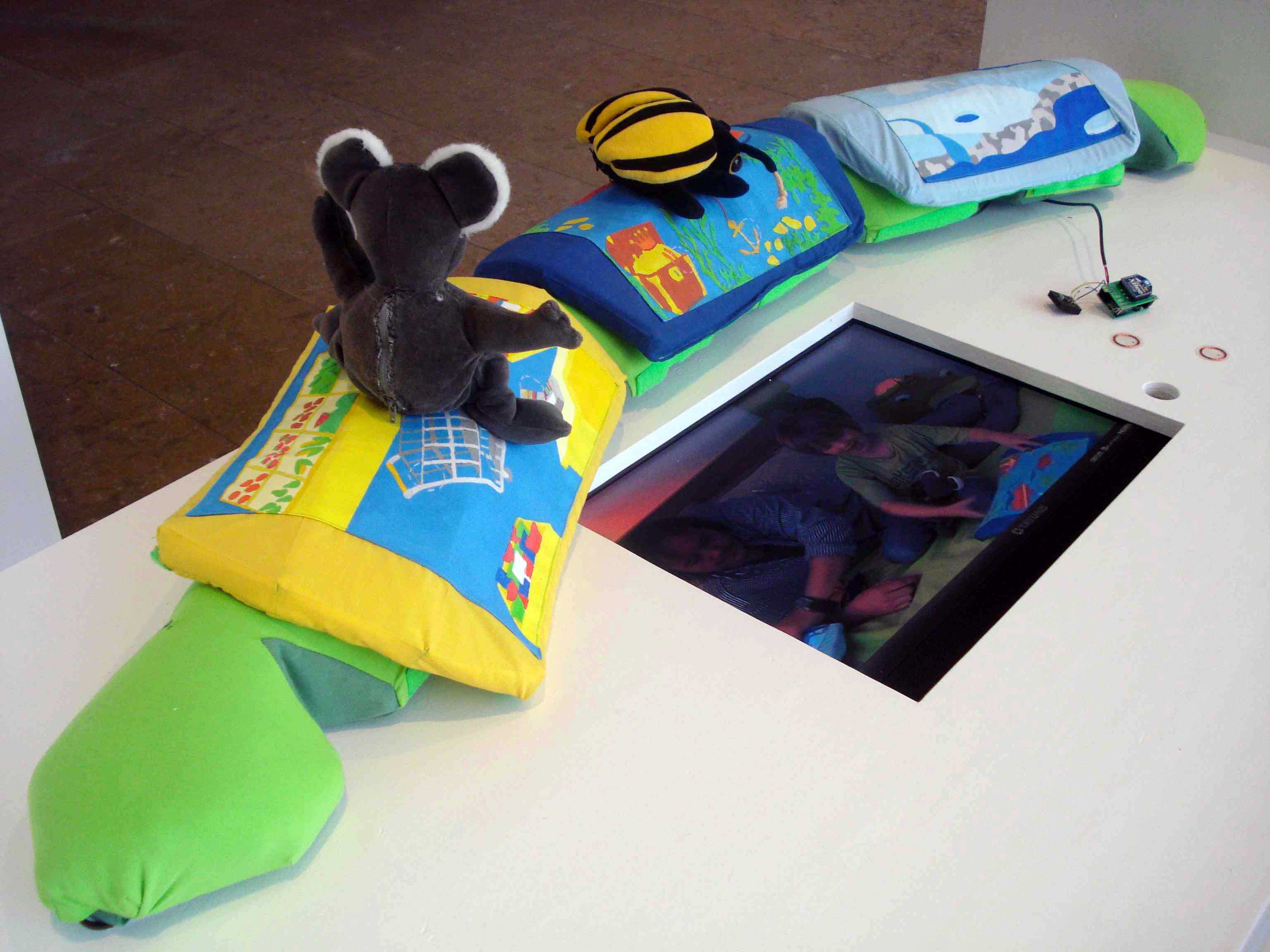 What: a cuddling toy that guides parents and children in making up bedtime-stories. Different parts of the tail create different sounds when cuddling toys touch the tail.
Seen at: Design United (Technical University). 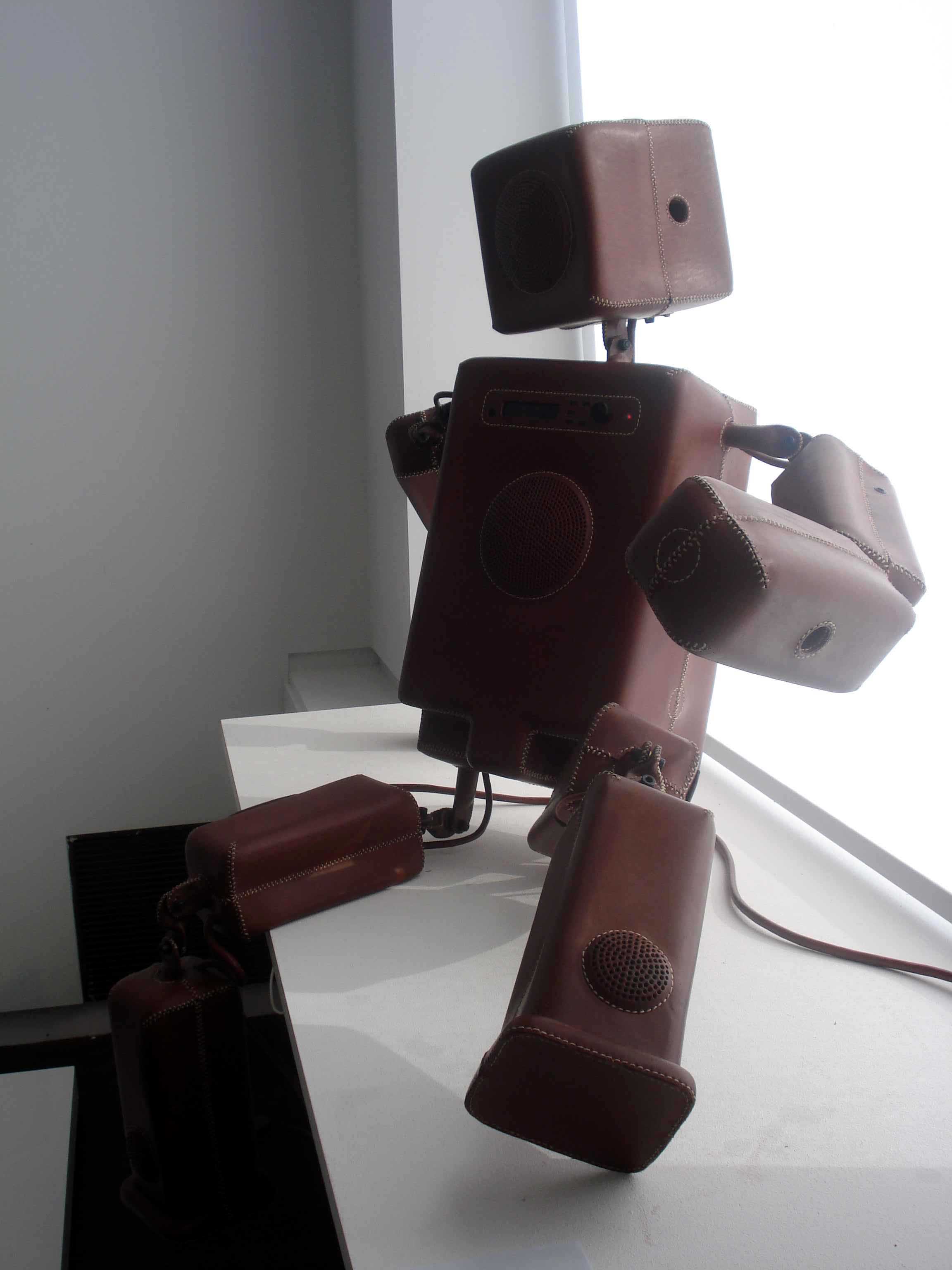 What: a robot and a radio combined; an anthropomorphized radio (or a talking robot).
Seen at: Designhuis 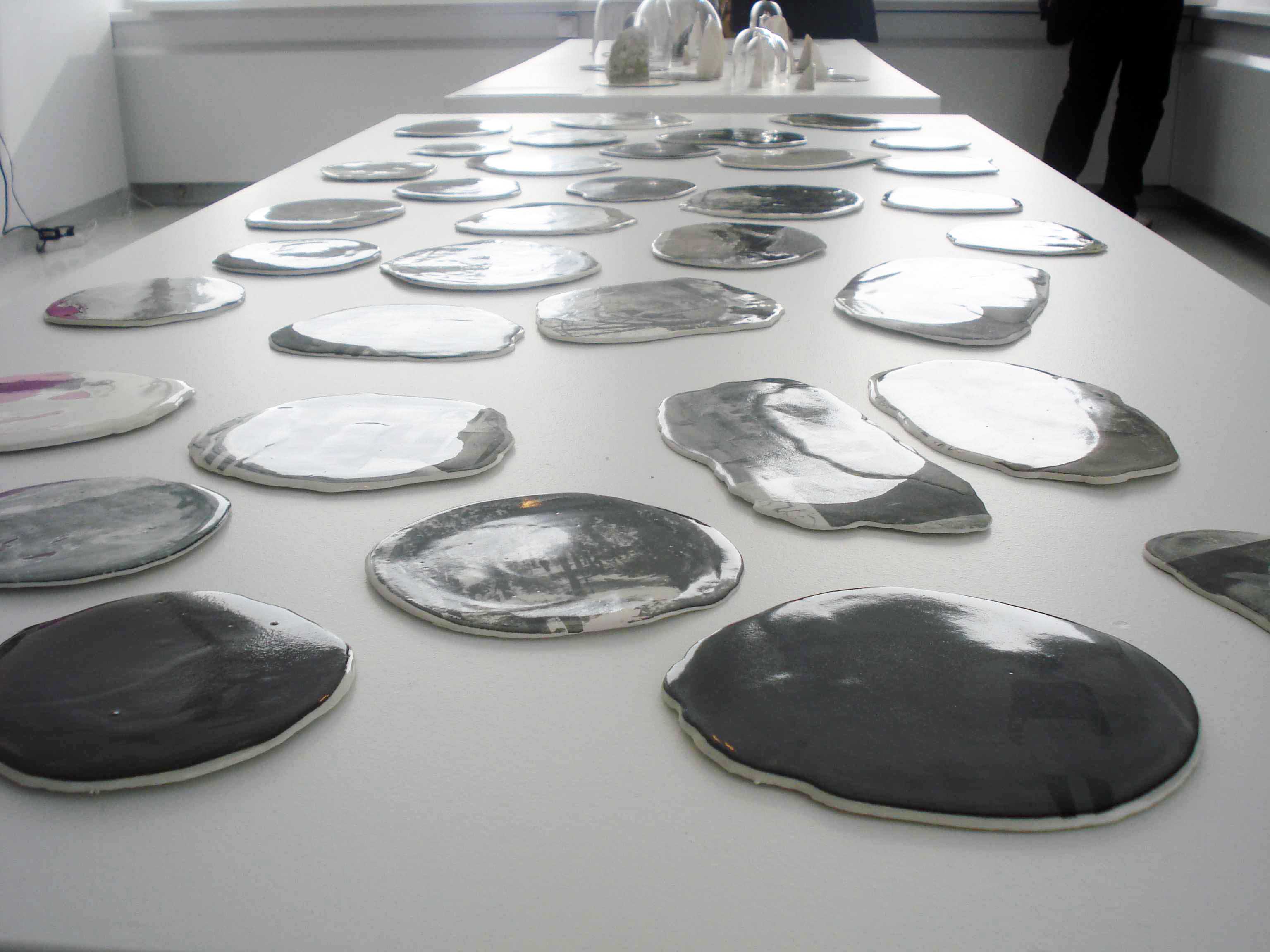 What: a technique that allows for pictures to be ‘printed’ in stone.
Seen at: Designhuis 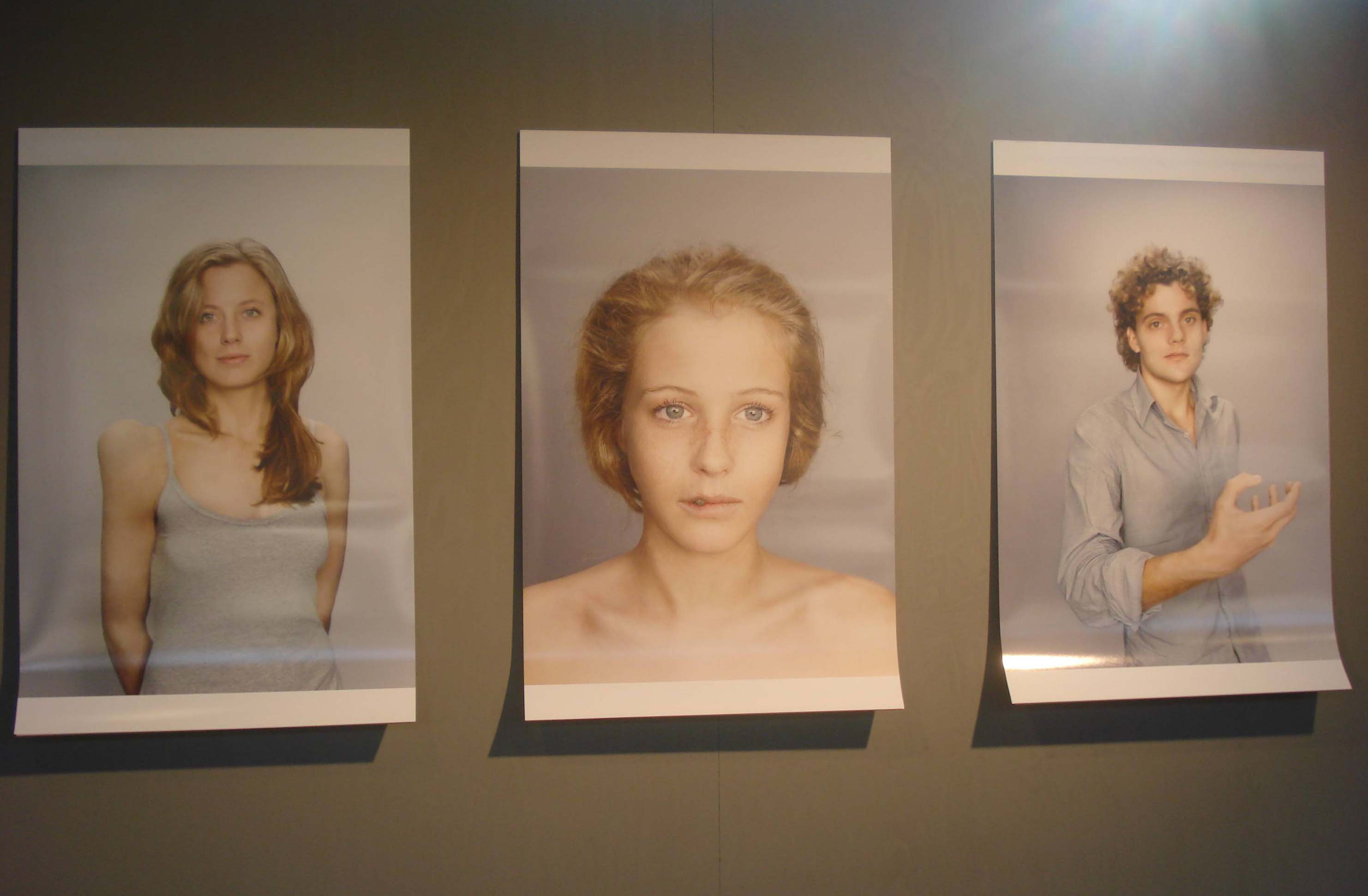 What: an exploration in what’s next in interaction design. Do we keep on altering products, or do we accept them in their form, and alternate humans according to their habits. From left to right you see a shoulder that helps clamming your phone, lips that are made for smoking, and an sms-thumb.
Seen at: Design Academy 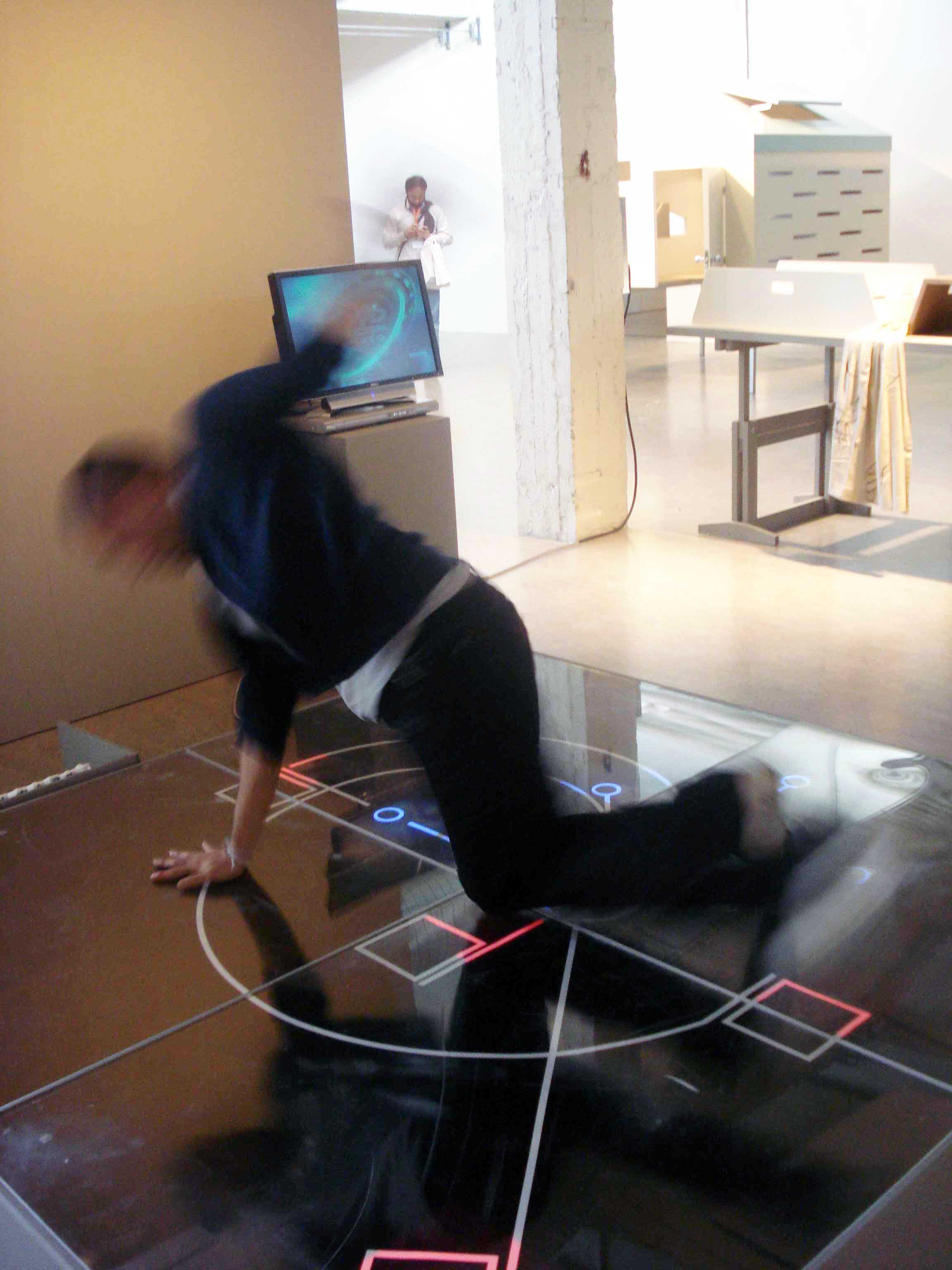 What: an interactive breakdance coach.
Seen at: Design academy. 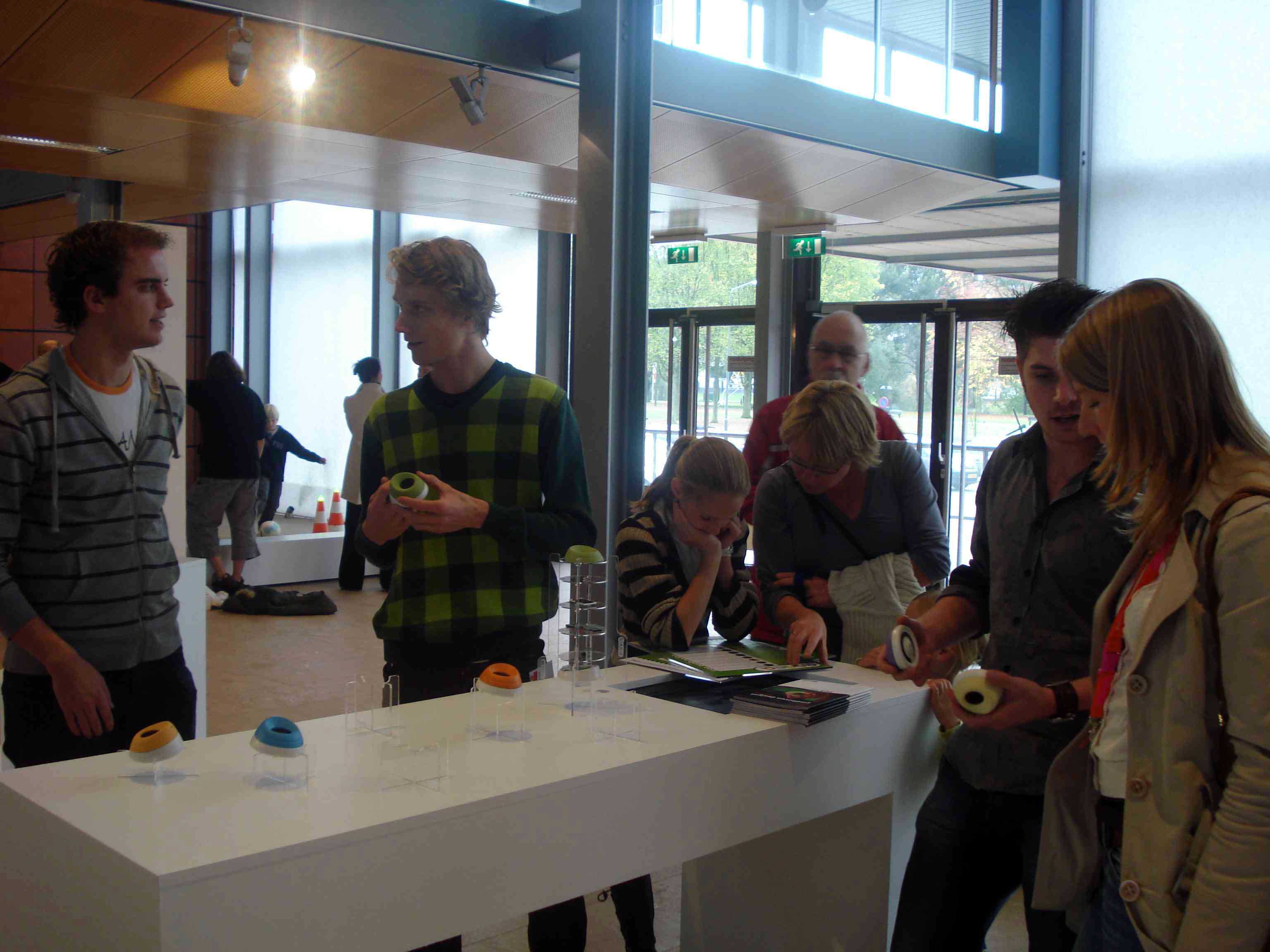 What: a game that allows for kids to explore social roles within groups. This projects was presented very successfully for Microsoft.
Seen at: Design United (Technical University). 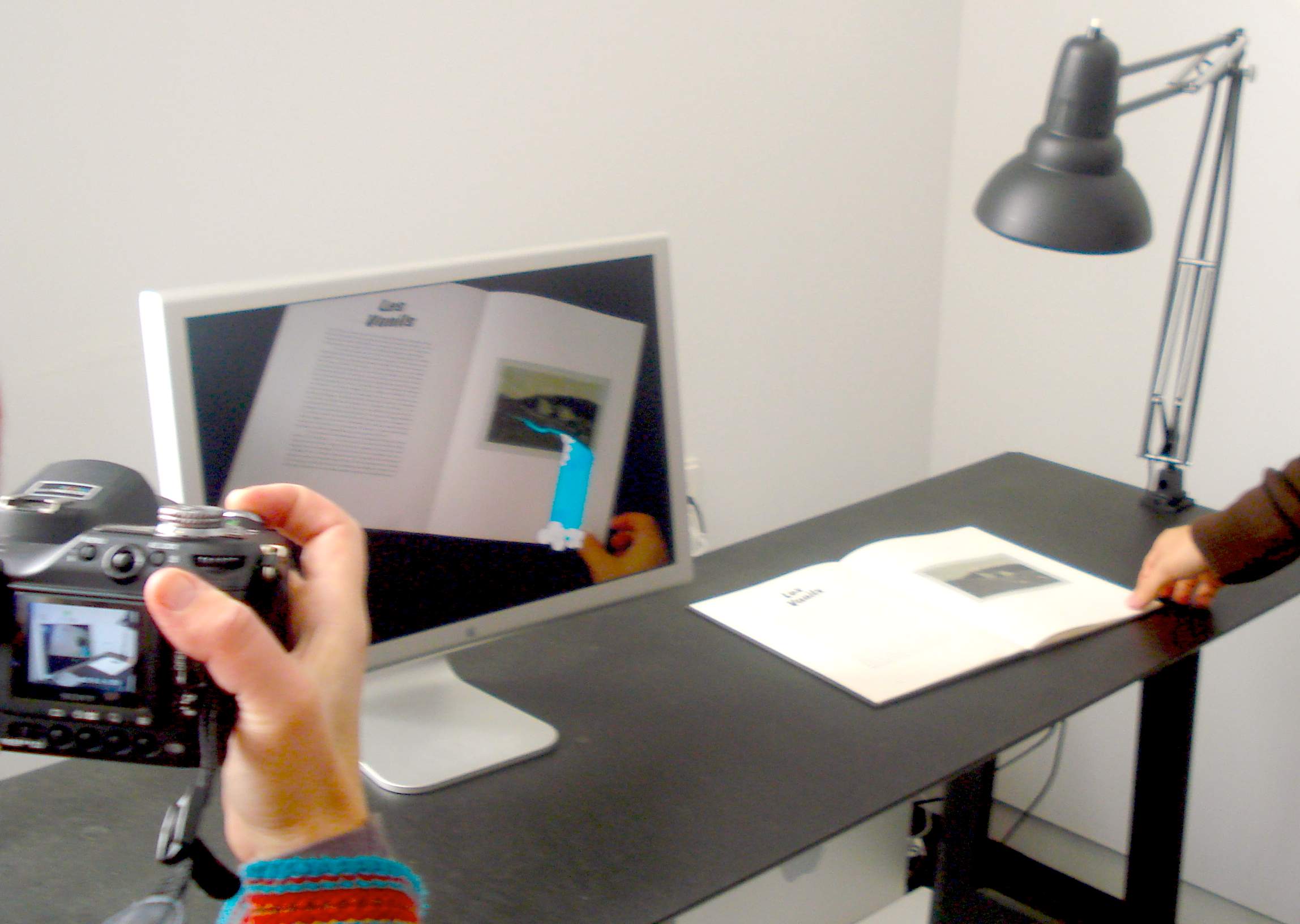 What: an augmented-reality book. While physically reading the book, on screen animation are added that enrich the story. A camera in the reading lamp and some software do the trick. Very nice…
Seen at: Designhuis