Using the data and proxies from the Internet training workshop held at the Caucasus Institute, I did some additional checking and found http://www.havadaran.net/ and http://jomhoriyat.com/ also have been blocked, but accessible from Amsterdam. These URLs are found on the Mir Hossein Mousavi facebook website list in his profile (itself also blocked), and seem to be supporting Mousavi (the sites are in farsi, but the images are telling). Further more, wikipedia.org have been reported as accessible by the Caucasus Institute, yet when requesting the page now, it comes back with an error (see image below) stating their servers are experiencing technical problems (and an ERR_ACCESS_DENIED error). The error message however does not come up when I go to the site or access it using the Berkman Centre Web tool Herdict (which I recommend people to check out)

Additionally, this very blog and the Caucasus Institute site seems to experience problems when attempting to access from an Iranian proxy. Checking Anne Helmond’s blog, as she has not yet reported about Iran, but might be suspect through affliction, I get a weird redirect to greenhost stating: Deze website is gereserveerd voor één van onze klanten. (has been reserved for one of their customers). Their might be a redirect to avoid an HTTP error, but that is just a guess. As a benchmark I’ve looked up sites such as Google.com and ahmadinejad.ir and they work just fine through the proxy.

It seems weird that Iranian censors would pick up on the project so quickly and even more so that they block affiliations, but a possible reason could be Iran’s new and improved censorship apparatus. The OpenNet Initiative have reported in their latest report on Iran (published on their site yesterday) that Iran has expanded their technical filtering system and started employing domestically produced technology, reducing its reliance on Western technology. In the new Iran country profile they state:

Several Iranian technology companies are now producing hardware and software products for use in the Iranian filtering system. Domestically produced technology is currently used for filtering. Iranian technology is also used for searching the Internet for objectionable content and tracking keywords and links to banned Web sites, which are used by filtering authorities to make blocking decisions. With the emergence of this domestic technical capacity, Iran joins China as the only countries that aggressively filter the Internet using their own technology.

Such a improved system would explain the extensiveness and efficiency of the blocking.

I have not checked the sites mentioned here prior to today, so it’s difficult to say anything conclusive about when filtering might have been initiated.  Further more it must be noted that the use of the open Iranian proxy must be interpreted as an indication and cannot really be seen as hard evidence.

The result images are below. 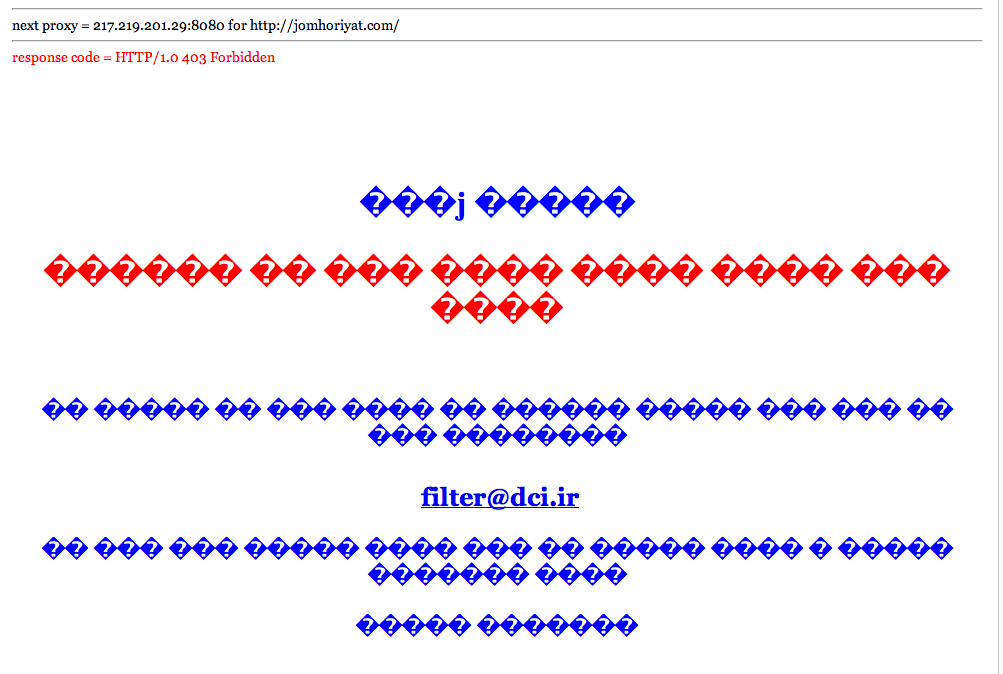 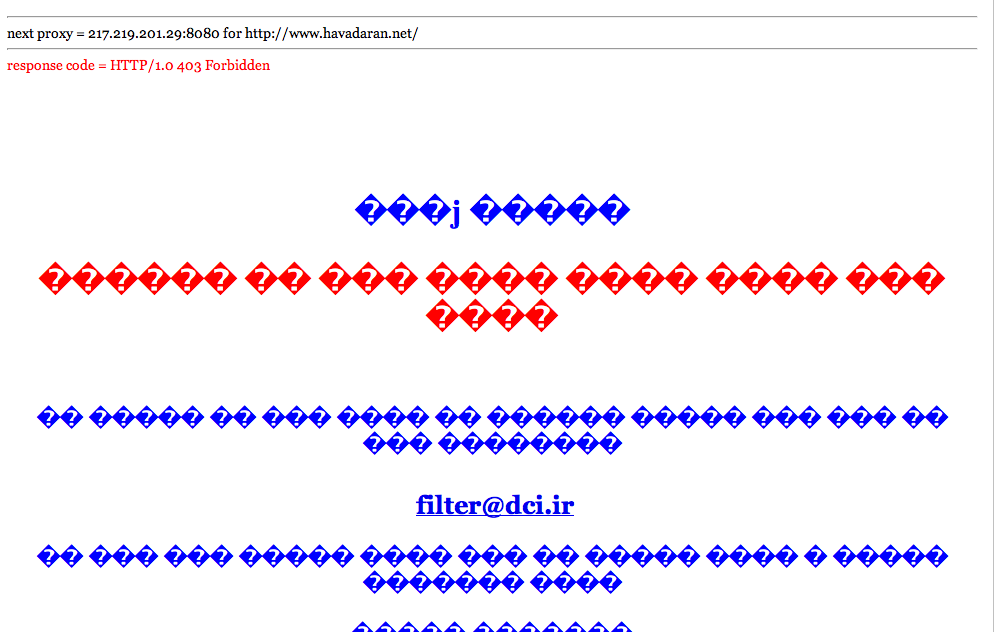 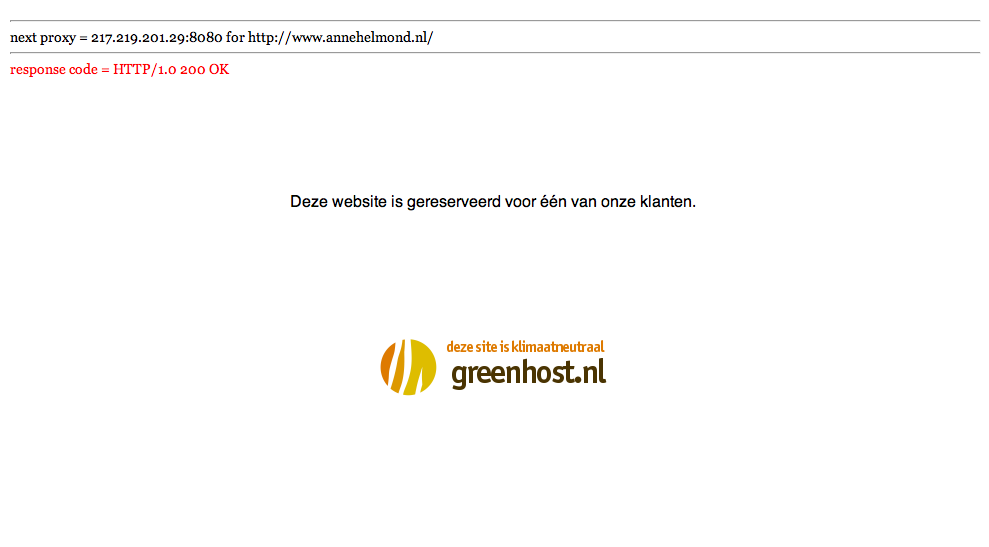