The road not taken, the entry left blank

Bacalar Chico National Park and Marine Reserve is a UNESCO World Heritage Site in Belize, home of jaguars, manatees, and the largest nesting grounds for sea turtles in Belize, and contains the only spot along the Mesoamerican Barrier Reef where the reef hits the shore and exposes a rocky outcropping of fossil corals from the Pleistocene.  It has been embroiled in bitter disputes over secret deals with the Belizean government to clear-cut the rainforest, dredge the corals for a dock, and turn the park in a multimillion dollar resort and casino.  All this, and yet, no entry on Wikipedia.  What does Bacalar Chico have to say about Wikipedia’s mission of being truly encyclopedic?

Bacalar Chico, also known as BCNPMR, was not completely absent from Wikipedia.  A series on protected area in Belize linked to a blank page for the park.  Last year, I (conveniently) penned my bachelor’s thesis on the management of BCNPMR, and so had pages of fairly accurate data to contribute to a new article.  I eagerly awaited approval from the powers-that-be for my fledgeling entry, received it, and then checked back a several times a day, eager to see what conversations might have started, who had improved my grammar and citations, and if I would have to battle against the dreaded deletionists.  So far, nothing.  My entry is as dead as a superfund site.

It concerns me that the people who do contribute to Wikipedia may be very different from the people who should contribute to Wikipedia.  On a very specific level, it should be the park rangers, the board of advisors, and the NGO that co-governs Bacalar Chico who publish and edit the information available about the park.  Yet, I’m positive, it is unlikely that these groups have the inclination or even awareness of Wikipedia to update my rough entry.  How much valuable research and knowledge in the world is unavailable to the universal encyclopedia because it travels via networks that are either inaccessible or not of interest to the average user of Wikipedia?

It’s a tough question, especially since it puts the asker in the nearly impossible position of trying to quantify an absence.  Yet, I do believe that this could be a worthwhile avenue of inquiry.  Seeking out new data, instead of the cataloging of old, might even provide a useful goal for Wikipedia.  As the creation of new entries on the site slows dramatically, editors must devote more time to editing existing documents, bickering over site rules, and debating arcana.   Imagine a Wikipedia where users instead actively reached out to scientists, experts, and organizations, especially those with limited access to the internet, in the hopes of creating a truly inclusive compendium of human knowledge.  A lofty aspiration, perhaps, but in the mean time, I wouldn’t mind if someone could add more information on the lobster population in Bacalar Chico. 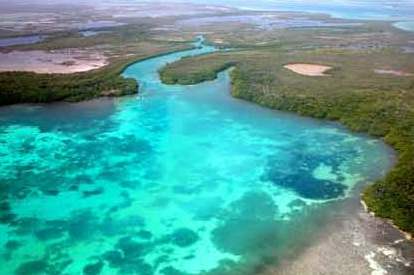 Tags: environment, wikipedia
One Response to “The road not taken, the entry left blank”
Leave a Reply