Stelarc’s Ideas Brought to Life in the Movie “Gamer”

“Gamer is a high-concept action thriller set in a near future when gaming and entertainment have evolved into a terrifying new hybrid. Humans control other humans in mass-scale, multi-player online games: people play people.. for keeps. Mind-control technology is widespread, and at the heart of the controversial games is its creator, reclusive billionaire Ken Castle. His latest brainchild, the first-person shooter game “Slayers” allows millions to act out their most savage fantasies online in front of a global audience, using real prisoners as avatars with whom they fight to the death.” (source: Website) 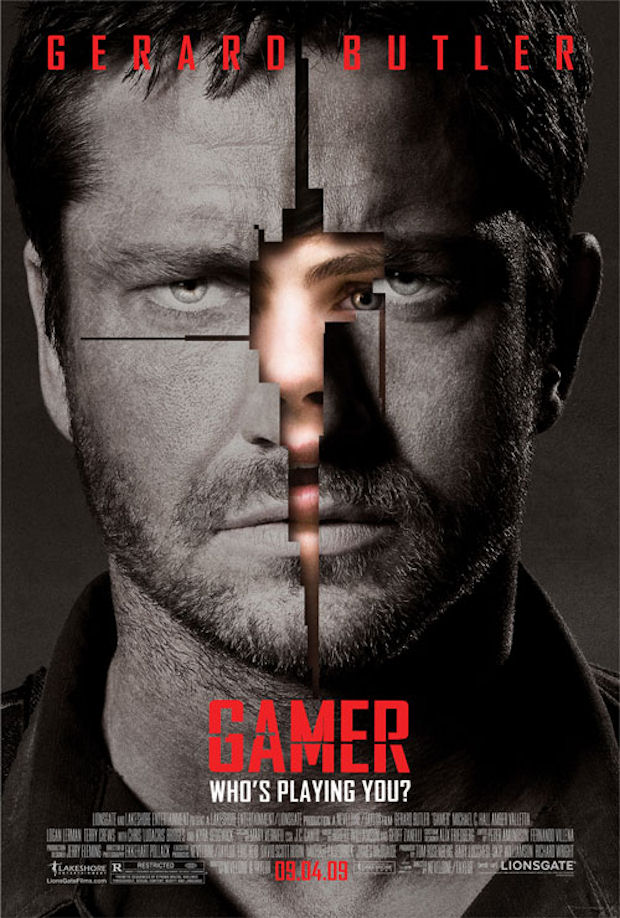 In this movie some of Stelarcs’ ideas have come to reality since it is possible to control the movements of other people on distance. Stelarc sees the body capable of becoming a host, not only for technology but also for remote agents. This means accessing, interfacing and uploading the body itself. You must hereby see the body as a server to connect and transmit data.

“What becomes important is not merely the body’s identity, but its connectivity – not its mobility or location, but its interface..”[1]

The most important idea of Stelarc that is manifested in Gamer is the concept of Fractal flesh; the idea that a body can extrude its awareness and action into other bodies or bits of bodies in other places. This is exactly what is done in this movie. The players of the game control the bodies of the prisoners in the game. The prisoners can say what they want, but their body is in total control of the player. This means that there is a sense of cooperation between the player and the prisoner since the prisoner can tell the player what he should make the prisoner do.

The issue here is that Stelarc remarks that his version of Fractal Flesh is not about a master-slave control mechanism, but about feedback-loops of alternate awareness, agency and of split physiologies. Since I haven’t watched the movie yet by writing this post I don’t know how this is worked out in the movie. Though the fact that the prisoner can discuss with the player what he should make the prisoner do suggests there is no case of split physiology since the player entirely decides which movements the prisoner can make.

In the theory of Stellar movement is possible by using a Stimbod: a touch-screen muscle stimulation system. This is different than in the movie because there  the movements of the prisoner are mimicked by the player. So the player doesn’t push buttons on a manual but makes the same moves he wants the prisoner to make. The prisoner can hereby be seen as a host body since it can’t control itself but serves the intentions and actions of the player.

So although by seeing the trailer of Gamer the movie seems to be a real life example of his ideas put into practice this is not the entirely the case. When you take a closer look you discover some of his core ideas are not worked out in the way Stelarc would have wanted. Although I like the possibilities of the described techniques more in the way Stelarc describes them, I’m afraid the reality in the future will be more like the one sketched in the movie since people have a hunger for power and people don’t mind to make money despite other people’s feelings and even lives.