Google Wave is waving at YOU

At last Friday’s eComm, Google Wave gave us a short product demo and a brief introduction about its Federation Architecture. Currently Google Wave is still at a preview stage and only a limited number of Google users are invited for hand-on testing. What Google Wave sells is its real-time communication collaboration. There are several technical features I found innovative about Google’s demo, but what seems the most inspirational to me is Google’s potential to collect online users’ real identity, which would be treated as a huge leap forward for Google’s business map. 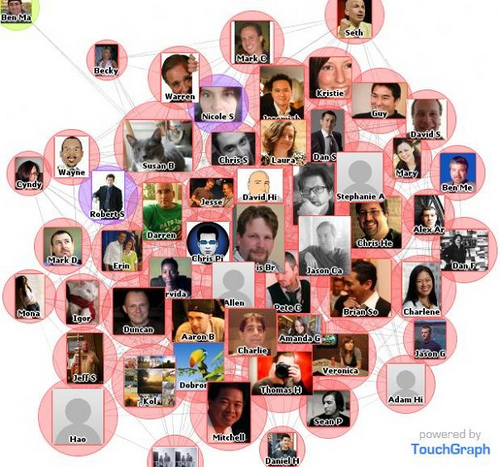 For a long time, internet users are nothing but data and numbers in Google’s algorithm. Being the most-used giant search engine in the market[1], Google hasn’t gained its competitiveness in linking one’s real identity and personal Google account. Think about Facebeook, this social media site ranked #2 after Google[2]. One of the key elements for Facebook’s success is built upon the exclusiveness and intimacy among real people (by that I mean people you actually know). As Manuel Castells points out, identity is people’ source of meaning and experience[3]. In The relationship between the real and the virtual, virtual identities are strongly connected to the real self in many ways. In the Virtual Society? project, people who communicate via newsgroups or chat rooms on a regular basis let others know who they are and aim to validate the authenticity of their virtual self presentations[4]. It seems that the power of identity remains strong and people still search for their meanings even when the society turns digital. In social networking, real identification creates a sense of safety net for internet users to further expand their online social activities. Take Microsoft MSN for another example. MSN Messenger has already built a group of loyal users who are willing to reveal personal identity online during messaging with real friends, at the same time they are directed to use other MSN services such as Hotmail or My Space. In all, both Facebook and MSN have existing advantages in managing their user profiles.

Clearly, Google Wave attempts to encourage Google users jump out of search box. To start with Google Wave, you need to find ‘friends’ in order to wave each other. Revealing your real identity is the first as well as a crucial step. All the cool applications and interaction begin right after you add friends and create networking from your Google Wave contact list.

Will Google Wave replace Email, Facebook, or even Twitter? This question mark has generated much discussion online (see here and here). At this point, I am in line with Donah Boyd’s recent blog entry on about Twitter vs. Facebook status updates:

“Different social media spaces have different norms. You may not be able to describe them, but you sure can feel them. Finding the space the clicks with you is often tricky, just as finding a voice in a new setting can be. This is not to say that one space is better than the other. I don’t believe that at all. But I do believe that Facebook and Twitter are actually quite culturally distinct and that trying to create features to bridge them won’t actually resolve the cultural differences. And boy is it fun to watch these spaces evolve.”

Since Google Wave is still at a preview stage and eagerly asking for feedbacks from user testing, I believe it is too early (also not my specialty) to predict its market penetration. Yet one thing is sure: Google Wave is pushing anonymous Google users to the wave of revealing their identity in Google accounts.