Food Blogs as a Surrogate for Action

Well-known champion of sustainable food and a commonsense approach to eating Michael Pollan recently ran a piece in the New York Times called Out of the Kitchen, Onto the Couch.  In this article, he argues that cooking shows, with a particular eye those aired on the Food Network, have been a driving force in persuading audiences to passively witness the spectacle of food preparation rather than actively engage in cooking their own meals.  According to Pollan, the average citizen justifies the consumption of convenience food by claiming to be too busy or tired for the kitchen, all the while unconsciously replacing any time spent cooking with time spent observing cooking in front of the tube.   Pollan’s arguments are convincing, however I feel that by pointing a finger exclusively at television he misses an important medium that may be acting as a surrogate for filling and fulfilling meals: the realm of food blogs.

Whereas the Food Network is best known for flashy showmanship, entertainment, and chefs that appear to never suffer a bad recipe, food blogs are generally entirely about the food itself.  The chef is known from his or her (normally her) writing, but is the lovingly shot, expertly lit, extreme close-up photography that takes center stage.  The idea of food photography as pornography is hardly a new idea, with one of the first mentions of the concept occurring in Rosalind Coward’s essay in Women Feminist Identity and Society in the 1980s, while the term gastro-porn itself appears slightly earlier, in a 1977 New York Review of Books.  Luscious images of food can serve as pornography not in a sexual sense, but in the fact that such images trigger a desire while only partly satisfying it. 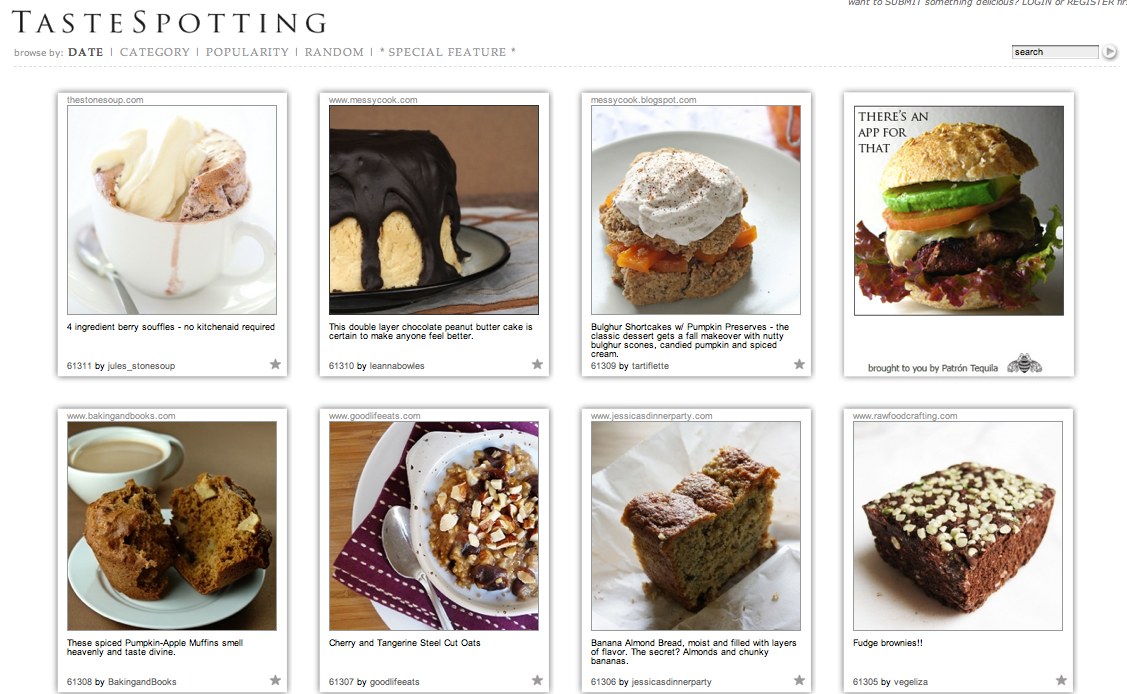 It is also possible to view these blogs as manifestations of the online DIY culture, encouraging experimentation, open-source instructions and a non-corporate ethic.  This is certainly true for the creators of food blogs, many of whom exhibit great creativity, and some of whom have gone on to have successful careers despite a lack of traditional culinary training.  Whether or not the creativity of the cooks translates to the creativity of their readers remains in doubt, and I believe that Michael Pollan’s article can make a good argument that this is not the case.