The video game industry has come a long way lately; what with the recent example of Sony Playstation celebrating 15 years and announcing the debut of their new smart multimedia console. A device that is clearly competitive to Nintendo Wii, featuring among its other futuristic characteristics censors, wireless controls and a camera that detects the exact location of the player. 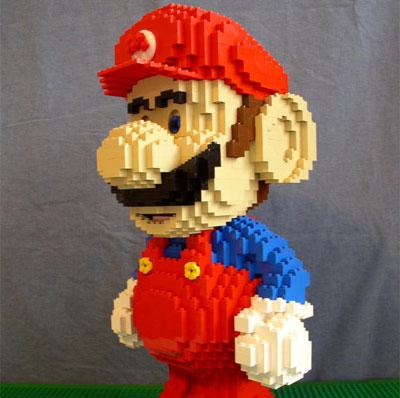 To be honest, I could not be considered an expert of those technicalities. The only experience I have is that of a gamer. In my memories I treasure the day when I got my first Game Boy along with the black-and-white Tetris cassette, back in the 90’s. My parents still keep the old Atari somewhere in the house and everyone in my environment enjoys a few swings at the Wii every now and then. After all, this appears to be normal nowadays:  a survey that took place in the US last year clearly depicts how many people are subject to the (ultimate) video game experience. More specifically, in 2009 almost 64 % of the Americans questioned have played video games within a semester, 38% of that proportion being women.

Personally, I have always been impressed by the way a video game can stimulate your attention and, trust me, I know how it feels to be addicted to a particular game and the quests presented until you have conquered the final level. What is new to me, however, is the way video games can be inspired by reality and fantasy and at the same time inspire new realities and fantasies. For example, in various art forms: there are relatively new genres in music and film directly deriving  from video game art. New media artists keep on creating pixel art, game inspired music etc based on their favorite ( or not ) video games.

The most recent example was brought to my attention today: the “GAME OVER Project”, created by the French- Swiss artist Guillame Reymond. This project is basically a compilation of 5 stop motion- animation films, inspired by classic video games such as Space Invaders and Tetris. In these films, humans play the roles of pixels; with the assistance of the stop motion technique the viewers can indulge themselves in watching a magnified human version of a video game. The latest video of the project was published online only two days ago and is called the Human PAC-MAN Performance.

The transaction of data between technology, life and art has always been breathtaking; this particular project is one out of the thousands one can bump into during his online journeys. Obviously the outcome of that interaction is yet to be decided as the future  rapidly unwinds in front of our very eyes. With the current developments in video games and consoles one can only wonder: what’s next?