As the fastest-growing website in the history of the Web, Youtube can be see as the figurehead in online-video and an inspiration for all sites to come. Any random visitor of Youtube surfing to the website and uploading the footage of his latest vacation to Italy, watching a video of a giggling baby or commenting on a CNN coverstory on the war in Iraq is unaware of the many characteristics this website holds. Therefore this platform has been the object of study in various fields of study ranging from a philosophical basis to a more technological. 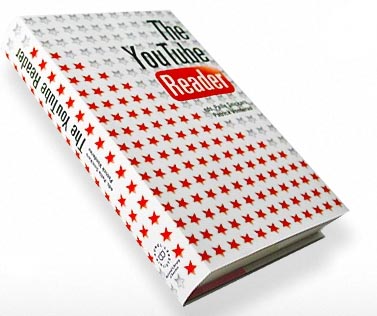 Pelle Snickars and Patrick Vonderau recognised the many contradictions and metaphors within Youtube and composed a reader ‘that presupposes a broader theoretical framework and a critical distance vis-a-vis Youtube discourse itself’ and one that ‘would provide researchers, teachers and students with a programmatic selection of foundational texts, permitting them to mount an intervention’ (Snickars & Vonderau, 2009: p. 17): The Youtube Reader. So Snickars, Head of Research at the Swedish National Archive of Recorded Sound and Moving Images, and Vonderau, a professor at the department of Cinema studies at the Stockholm University, aim at ‘prompting further studies on the cultural and capitalist , social and material, amateur and professional logic of Youtube’ (Snickers and Vonderau, 2009: p.18). A reader composed of short, essayistic articles that analyze various relationships between technology, community and commerce they try to give an insight in the peculiar negotiating between these two within Youtube.
But how do you do this in a claryfying way? How do you give an overview of an enormous website like Youtube? Snickars and Vonderau do so by dividing the reader into six parts thematic parts: mediality, usage, form, storage, industry and curatorship. The first chapter deals with articles that analyze the relationship of Youtube with other media like television and film and contains articles like ‘The Future of a medium once known as television’ from William Uricchio that explores Youtube’ implication as a danger to television. This is a completly different approach from the articles in the Usage-part that look at the way people use Youtube in different ways. The article ‘The entrepreneurial vlogger: participatory culture beyond the professional-amateur divide’ for example by Burgess & Green show that the opposition of commercial and non-commercial, professional and amateur users within Youtube is not so strong as usually defined: they are coexisting and coevolving. The reader continues with articles that deal with the way Youtube stores information and content and the metaphor of it being a digital archive, in the industry-part the contributions have a more economic background and asks questions about cultural industries and advertising and copyright-issues. In the last part the demand for a curator for Youtube is discussed. The reader contains contributions by renown academics like Richard Grusin, Thomas Elsaesser, Markus Stauff, Giovanna Fossati and many others. 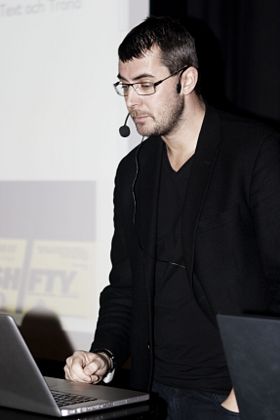 It was Snickars and Vonderau’ ambition to give a programmatic selection of foundational texts to researchers, teachers and students and one that would spark further research. By dividing the reader into thematic parts it becomes a clear overview of the many traits that Youtube holds and discusses the many contradictions and metaphors. This reader should be seen as a startingpoint of a researcher or someone interested in this phenomenon called Youtube and its characteristics. The many short essayistic articles do not deliver us a profound analysis of one of those characteristics but touches a lot of them to spark your curiosity and function as a basis for further research.
This book exactly pinpoints where the research about Youtube in my eyes stands at the moment: at its beginning. It seems like the enormous impact Youtube has or in the future could have on different aspects in our media-environment only has been recognised since a short while. Youtube’ status as just a site with an enormous amount of funny videos has only lately transformed into one that could become a major player and made online-video a force that can no longer be avoided. Questions like it’s danger for the existence of traditional television-watching and how to store such an amount of data don’t seem to be fully answered yet. On the one hand this is caused because Youtube as a platform still hasn’t reached its full potential and still can grow on many aspects, and this makes it on the other hand difficult for both academics as for companies to decide how to approach it. This indecision is illustrated by this reader that contains a lot of articles, all with very different approaches. In my BA-thesis ‘Youtube as threat: telling the story the right way’ I also proposed that big media companies should not approach Youtube as a threat but watch how to take advantage of Youtube and some of its traits: use Youtube own network and storage of musicvideos. But this also is only one of many proposals on how to approach Youtube and does not have the ambition of being the big solution. Because we still don’t fully understand Youtube and therefore Snickars and Vonderau were right: it needs a lot of further researchin order for us to determine what Youtube exactly is, what it’s dangers and possibilities are and when it has reached its full potential
Tags: book review, Snickars, Vonderau, youtube reader
6 Responses to “Book Review: ‘The Youtube Reader’- by Pelle Snickars and Patrick Vonderau”
Leave a Reply