About Bart Brodzki
My name is Bartłomiej Jan Brodzki. I was born in Warsaw, Poland, in June 1987. I am interested in both The Arts and computers since early childhood, and as soon as I got my first machine, I started combining the above, creating a fusion between what I love and new technology. Still, being a designer and a visual artist did not prevent me from taking a deeper insight into other forms of art. Following, I started painting graffiti, created sketches, learned stone-carving and got my first analog camera. I also learned the basics of web design, as well as simple animation. After writing the Polish A-levels I finished one year of Social Psychology in English at SWPS which is a well known and respected academy in Warsaw. Since then, my life changed drastically and I moved to UK and started a Media Studies programme at the University of Derby, where after three years of education I received a 2:1 bachelors degree. During my studies I focused mainly on the listed topics: Social Psychology, Biological Mechanisms of Human Behavior, Logics and Philosophy, Academic Writing, Statistics Packages, Photography in the Media, Digital Publishing, Mass Media in Contemporary Context, Media Research, Audience Research Project, Print Production, Photography and Photojournalism, Image Music Sound, Cultural Studies and Media Culture, Conflicting Images, Print Media Production, Ethics and Creativity, Contesting Cultures. My bachelors thesis was on Logo design, and its ability to adapt to the flexible world of mass media. During studies I also had a chance to work with people from the industry. For the module called work experience I rebranded a visual art company called Harlequin Display, working both in UK and Germany, additionally creating leaflets, posters, and a website. I also learned basics of management via the module called Management Experience in creative and Cultural Industries. I based my paper for this module on my work experience from two advertising agencies: Ad Fabrika+DRAFT FCB which is a medium sized firm, and the Polish branch of a French advertising giant called PUBLICIS. I also work as a freelance graphic artist, where I create leaflets and packaging for drugs and medicine. My hobbies are: Historical reconstruction (both X-XII and XV century), sword-fighting, Gaming (focusing on PS3 and computer MMO games). Sports I played are: Tennis, Swimming, Skateboarding, Basketball, Football and Judo. Recently I had an honour to join the University of Amsterdam (UvA) Masters in New Media programme, where I am planning to combine my colorful past with the everchanging world of New Media.

Designing Universal Knowledge is one of those books you often come back to, not only because of its innovative and universal content, but also because of its original structure and visual attractiveness. Gerlinde Schuller, the author of this piece, is a respected academic which gives lectures and workshops on Information Design in Amsterdam. It is important to add that Schuller is the founder of the famous Dutch Information Design Studio, consisting of academics and graphic/editorial designers. Designing Universal Knowledge exposes the link between the author and her book, presenting how information design and visual journalism melt together forming a masterpiece. 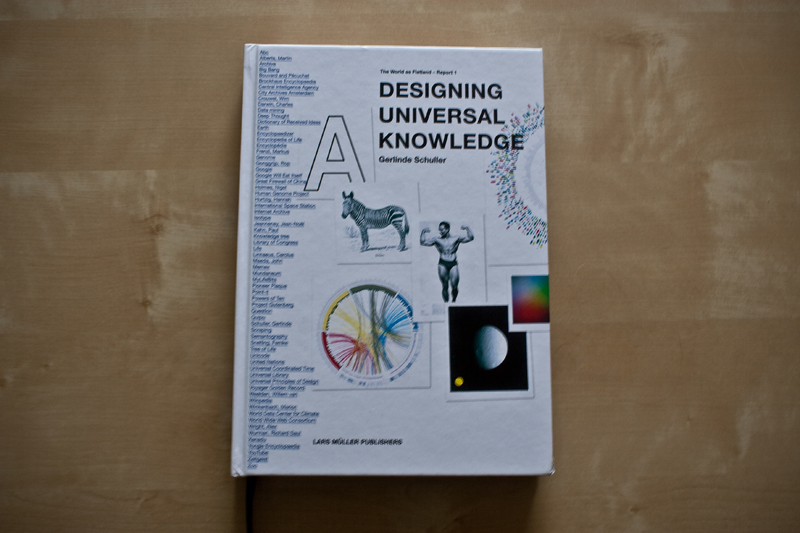 The book starts with a short sentence: Knowledge is power. This universal knowledge is in the main focus of Schuller’s study, as the author targets surrounding areas such as: structuring, collection, designing, publishing, manipulation, filtering of knowledge. Furthermore, in her encyclopedia Schuller presents a variety of entries from alphabet to metadata and from Aristotle to hacker, keeping balance between history and innovation. The book also includes various interviews with people related to information visualization and structuring of knowledge, but also essays of such popular academics as Alex Wright, Willem van Weelden, and others.

The questions stated by Schuller that form the starting point of her research are:

• Who is collecting the world’s knowledge?
• How are knowledge archives structured and designed?
• Who determines the access to knowledge?
• What knowledge entails power? 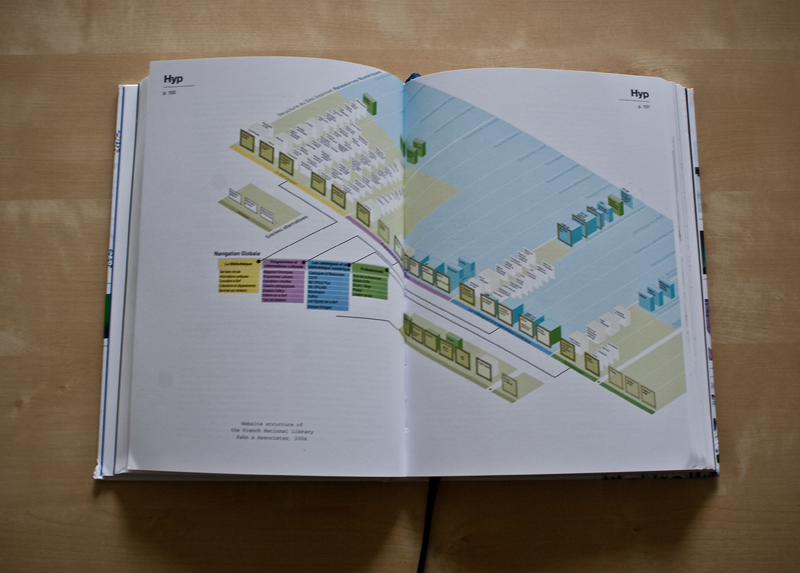 The half academic, half encyclopedic structure of the book is a strong link to the authors background. While looking at the piece from a designers perspective, other stylistic biases can be found, such as Internet (hyperlinks: underlined blue text), print (colorful, fully printed pages), biology (anatomy and animalistic motives), statistics (tables and charts), and history (timelines and plates). Nonetheless most of the book resembles an encyclopedia in the structure of its paragraphs, alphabetical order, and vast amounts of beautiful images. Despite large quantities of academic information covered in the book, it seems spatial and easy to read. The book is a perfect blend of two opposite aspects: complexity of writing and simplicity of representation. 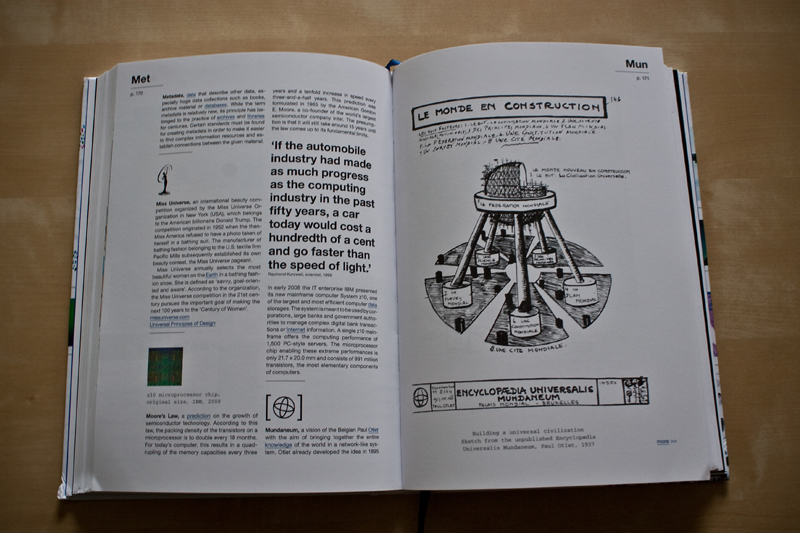 Designing Universal Knowledge is a fascinating encyclopedia-like research paper, which perfectly balances between strict academia and a pleasant to the eye print album. Instead of presenting one clear way of designing universal knowledge, the book is more like a set of guides and related industry dilemmas which leave us exploring and contemplating the topic for hours.