The dead are among us in ever growing numbers. They have inhabited a space without time and place where they exist and don’t exist at the same time. You can tag and poke them but be careful because  they can come back to haunt you. 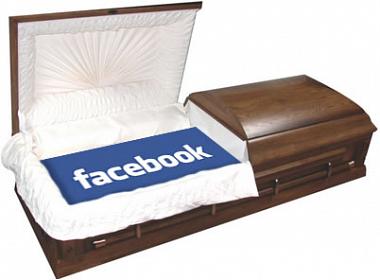 Almost everyone has a profile on a social networking site. We upload our pictures, our experiences, our thoughts and our worries and we do it voluntarily. We construct our lives online and stay in touch with our network. All this networking has also inspired a counter movement, which for example amounted into the web 2.0 suicide machine. While the name doesn’t refer to actual suicide it does imply that your online existence seizes to exist. You have committed social suicide, at least online. Your profiles can be seen as your online life. But what happens to them when you actually die?

Most social networking sites don’t have a strict policy on what to do with the profiles of the dead, but the need is growing bigger. In most cases the remaining family members have to request the profile to be removed, that is if they want it to. Many prefer to use the profiles as online obituaries, where friends, family and everyone you once knew can convey their condolences. There are even people who deliberately create a profile for a loved one they lost to be used as an obituary. Just a quick google search on ‘condoleance’ and ‘hyves’ gives a fair amount of results. The social networking site respectance.com has been created for this very reason. Relatives and friends create a tribute page with a complete profile on the person and use it to ‘talk’ to them and each other. While you can try it for free for three weeks, after that you have to pay for your tribute. Facebook now offers the option to memorialize profiles of the deceased for this very purpose. But memorializing can only happen if Facebook knows your dead, meaning someone has to tell them first. And you have to fill in a form, and attach an actual proof of death. Probably to stop pranksters from ‘killing’ each other. Perhaps it will even become customary someday to state in your will what you would like to happen to your profiles after you’ve died.

In a way the pages of the dead have found their use, even years after they passed their pages are still flooded with outcries of sadness or memories. The threshold to post your condoleances on a page is much lower and the amount of reactions can perhaps give some kind of comfort to the relatives. This means your page, your online social life, could be more active than ever once you’ve passed away. This also means that you can be ‘friends’ with a considerable amount of dead people. We don’t know how this will progress, but social networking sites could more and more become an eerie landscape of the deceased, assuming the trend will pertain to exist. A landscape of active pages of people who are long gone, where friends keep uploading and tagging pictures and where active conversations take place on the walls of the dead. More eerily company’s like Google and Facebook stil derive, use  and own data from the pages of the dead. Even after you’ve gone you won’t own your own life. The dead are among us more than ever, or should we say: the undead?

Walter Benjamin claims that life is more than corporeality alone:

“Even in ages of the most prejudiced thinking it has been suspected that life must not be attributed to organic corporeality alone. […] Rather, it is only when life is attributed to everything that has a history, and not to that which is only a stage setting for history, that this concept comes into its own.”

Where in my previous post the Church of Google somewhat jokingly called a google cache something that can be compared to an afterlife. In response, an active page on a social networking site, which belonged to someone who passed away, can almost be seen as the ghost of that person. Depending on how active the person was, a whole life or a segment of a life is present on that page. The person, while still alive made an effort to capture his life online and long after he has gone this still remains, this person is not really gone. While he cannot directly communicate back it is so much more than a picture on your night table. The person will remain in your friend list, the persons face will return in ads and in notifications. In the example of Facebook the person could return in updates on what your friends did, considering they left a message on the persons page, on highscores in games, you could probably still fertilize his/her crops in Farmville (probably also depending on the state of your page). In a way, the person comes back to haunt us. The person is gone but present at the same time, much like the concept of a ghost.

In Spectres of Marx Jacques Derrida researched a phenomenon which he called a specter. In Derrida’s theory he mainly focuses on the specter of communism haunting Europe, a much broader approach to the idea of ghosts, in this case the ghost of Marx. In the book he introduces the term hauntology. Hauntology deals with the concepts in the following quote:

“The spectre is a paradoxical incorporation, the becoming-body, a certain phenomenal and carnal form of spirit. It becomes, rather some “thing” that remains difficult to name: neither soul nor body, and both one and the other. For it is flesh and phenomenality that give to the spirit its spectral apparition, but which disappear right away in the apparition, in the very coming of the revenant or the return of the spectre. There is something disappeared, departed in the apparition itself as reapparition of the departed.”

If we would apply this theory one could argue that “the apparition” in this case can be seen as the online page of the deceased. The knowledge that the person in flesh is actually gone results into ‘something disappeared, departed in the apparition’ and the active page is the ‘reapperatition of the departed”. As for whether it is neither being or unbeing, the apparition here seems to be a completely new being. Nor flesh nor spirit, but a digital continuation of the online social life. Perhaps we could even call it a databody. Ofcourse  things can be said against this claim, all of which I wish to explore.

I am curious to see how much more of Derrida’s theories combined with Walter Benjamin’s can apply on the more defined and yet universal theme of how we deal with our dead by further deconstruction of the phenomena of online dead. Furthermore I would like to involve the owners issue. Can you own a ghost? Facebook owns all the information uploaded. What happens to this information? Can this concept of the ‘ghost’ really apply to this phenomenon, and why?

Derrida, Jacques. Spectres of Marc: The state of the debt, the work of the mourning and the new international. New York: Routhledge, 1993.