Storytelling as a captivating business model 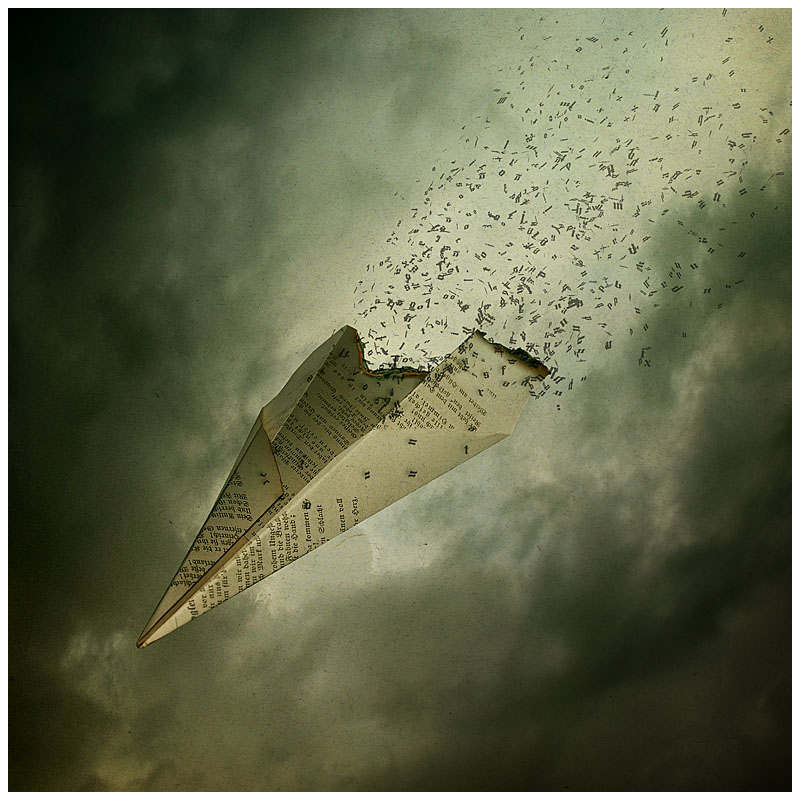 Last week Dutch artist Dennis Sibeijn found out that someone had used his work ‘Truth’ (left) in a competition in Taiwan and actually won. The Taiwanese student who stole the image had not even bothered to edit it it, he just used it right away. Ironically enough, the theme of the design contest was the protection of copyright in design. Sibeijn decided not to press charges to “someone who’s desperate enough to enter a competition with stolen artwork just because he needs some money.” Sibeijn posted his experience on Facebook. Because of the bizar character of this incident people started to share the story on Facebook and Twitter. It was even picked up by De Volkskrant and nos.nl. So in the end Dennis’ work received a lot of attention ánd he got the chance to refer to his latest work everytime he tells his story.

The above mentioned story is a good example of how the web 2.0 concept works. It’s within the nature of the Internet to copy digital content. Everytime a person downloads or uploads a document the original document is been cloned in in a split second. So it’s easy to receive content without paying for it. In 1973 Walter Benjamin wrote his essay ‘The work of art in the age of mechanical reproduction’. He believes that changes in the technological reproduction of culture are changing the function of culture in society:

“technical reproduction can put the copy of the original into situations which would be out of reach for the original itself.” (Benjamin, 1973: p.222)

This also has its influence on the creative industries (CI), a term that appeared in 2006 (Pasquinelli 2007: p. 69). We now live in a design world. Everyone is a designer, is commonly said today. As Matteo Pasquinelli puts it in his essay ICW – Immaterial Civil War. Prototypes of conflict within cognitive capitalism:

“Many years after Benjamin’s artwork essay, the mass artistenters the age of social reproducibility and ‘creativity’ is sold as being a status symbol. The social base of creative industries is getting bigger (at least in the Western world) and unveils new scenarios. In the first period, creative industries become hegemonic (as a fact and as an concept). In the second period, the creative industries face the entropy of meaning and producers. Thanks to the Internet and digital revolution, we witness the conflicts of the latter stage every day. “ (Pasquinelli 2007: p. 70)

Because of all the publicity around his stolen artwork, Sibeijn received a lot of attention.Ultimately he might sell more works because of the publicity, which gains him more money than with the initial artwork it was all about. On the other hand it is also a possibility that people who don’t know Sibeijn hire the Taiwanese student, because of his ‘original style’. The Sibeijn case is one with a relatively happy end, but how about the case of newspapers, musicians, filmmakers who don’t earn their money with free publicity but with margin on production costs? In times of crisis the focus of the web is slowly moving towards the financial. One’s interest is how to earn money.

The open character of the web 2.0 – especially in times of crisis – is thus debated. How far can we actually push the free and open? The creative industries are in search of new business models. There are already many alternative formats for artist to get payed for their content, like Kickstarter, Flattr, Katchingle and ThankThis. Most of these concepts lean on the idea that people voluntarily pay for the content they like. Alltough these are really sympathetic ideas and off course some lovely people will be kind enough to participate, I don’t believe that the mass will pay for something they could also receive without paying.

In the example of Dennis Sibeijn, the free publicity about the artwork that was stolen was eventually worth maybe as much money as the artwork itself. As we look at the advertising world, storytelling is already being used this way. For instance, John Nese is the proprietor of Galco’s Soda Pop Stop in Los Angeles, a niche-market shop aimed at selling all kinds of soda drinks. When Nese was asked to decribe his product in one or two words in front of a camera he answered: “happy”, and “smile”. In the video below you can watch the whole video. Please watch it without trying to notice how long you are watching.

The soda video takes 12 minutes – much longer than the average 3 minute YouTube viewer’s attention span – and has no dull moments. This man just speaks really passionate about his work. It’s in this engaging stories that people find value. And that’s why this man has been featured on CBS, the Food Channel, and the Tokyo Times. I don’t know any numbers, but I believe this honest story and the great attention it gets has more influence on his sales then any other advertisement.

These two examples show how storytelling on the internet is an interesting business. Terms like postadvertising and contentmarketing are increasingly being heard in marketing. They build on the current debate on intellectual property on the World Wide Web and suggest a different approach. Should we approach creative content differently? Is content a different tool nowaydays? Maybe content itself shouldn’t be payed for, but content is being used to get payed for something else? And should artists settle with this?

I’d like to investigate this thought with the aim to carefully try to make some predictions about the future of the creative industries on Internet. I would like to use literature about  marketing-concepts. And consumer behaviour. Why do people pay for something? What is the vallue of creative goods in the age of web 2.0? I exclude legal issues of copyright as much as possible for the purpose of density and focus on shiftings in ways to earn money by using storytelling as an online advertising and publicity tool.

Benjamin, Walter. 1973. The work of art in the age of mechanical reproduction. In: Illuminations, London: Fontana.