Not to get too emotional… but what happened to emotion?

She’ ll smile to you if you move to the left. No, try a different angle. I don’t know… Is she smiling at all? For over 500 years, viewers and researchers  have been trying to interpret Mona Lisa‘s enigmatic smile.  If a half-smile is worth that much attention, that says a lot about the importance of emotions. And maybe even more about the difficulty of their detection.

Internet users, having to deal with the lack of  face-to-face interaction and the frequency of misinterpretation, started to convey their feelings with emoticons, that are textual expressions “representing the face of a writer’s mood or facial expression. Emoticons are often used to alert a responder to the tenor or temper of a statement, and can change and improve interpretation of plain text […]In web forums, instant messengers and online games, text emoticons are often automatically replaced with small corresponding images, which came to be called emoticons as well”.

Maybe Scott Fahlman when sending the first :-) in 1982, didn’t realize that he was creating one of the most popular features of the digital culture. Today, we smile more than ever – digitally at least.  The thing is that now you, me and Mona Lisa have exactly the same smile : )

Emotions via emoticons: does it work?

According to Roy Ascott, we perceive the world through the artificial systems we have devised (The Construction of Change). Thus, in the virtual world of Facebook, a friendly chit chat is never perceived as such. Instead, it becomes a complicated procedure where soon the “friend”  becomes the receiver (or vice versa),  physical presence gives its place to online presence (Elektra is now online) and emotions are expressed by zeroes  and ones, disguised in smily/frowny faces. In this denatured world, it’s us versus the machine, emotion versus logic, the need for long love letters versus digital hugs and kisses.

Jumping into this way of living, has transformed us into “emotions factories”. We no longer spare time to express ourselves nor to convince the other. We mass produce smiles, frowns, digital tears, love e.t.c. just to punctuate every single phrase or to make sure that our message will not be misinterpreted. W. H Dilworth’s tips in The Complete Letter Writing– “when you write to a friend your language should be so natural […] and your sentiments may seem to have sprung up naturally like lilies of the field”- sound now more distant than ever. We seem to prefer the effortless usage of emoticons the way live TV shows use canned laughter to indicate the laughing start -time or the way restaurants use plastic lilies to make us “feel” the smell.

But it’s not only that. We demand from the friend – receiver to respond with a belly – laughter when we send jokes or to show compassion when we are in a bad mood. Isn’t it irrational to have such great expectations (both from the friend and the medium) when novelists could spend years to depict their characters’  mood? 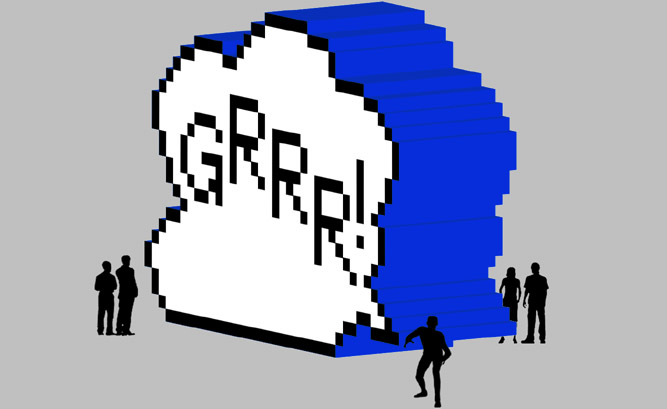 Comics, far before emoticons were invented, tried to establish some connection between the image and emotion. Filling the word balloons with verbalized sound effects (crash! bang! pow! ) was an effort to bridge the gap that non-verbalized communication created.  Emoticons do the exact opposite. They provide us with icons that are supposed to depict facial expressions (using faces that have no flaws, wrinkles, dimples or even gender!!!). In both cases, comics and emoticons, the effort is foredoomed to fail. To feel an emotion, we have to experience it. With our senses and our body.

Facebook and social networks however, encourage a disembodied form of communication, considered to be deliberating since both our body and face betray our inner thoughts and mirror our emotions. That’s why “man is the sole animal whose nudities offend his own companions, and the only one who, in his natural Actions withdraws and hides himself from his own Kind” as Montaigne wrote. The biting of nails is commonly received as a sign of nervousness or stress. Blushing is conceived as a sign of shyness.  However, they are the body reactions that humans are able to decode from the very first years of their life.

Do we come face to face with our emotions?

It’s not by coincidence that emoticons remind us of children’s thum-bnail sketches. They mimic children’s behaviour putting out their tongue, applauding, bursting into laughter, crying for nothing… But children communicate with spontaneity, directness, genuineness. Is this the case for emoticons? Grown ups often use a smiley face even when they are bored, an indifferent face even when they get angry. When hiding behind the screen, it’s easier to hide one’s feelings, using the emoticons as masks.

Aristotle, when studying emotions in Nicomachean Ethics, claimed that:

Facebook and social networks have reformed both time and space. The Facebook chat window frames the place where we can express “freely” ourselves, giving us a very small part of the screen to “develop” our thoughts. Chatting on the other hand imposes a really blistering pace of responses. No time for tattling. Straight to the point. Desperate with the lack of own time and space, we need the need for communication. Any kind of communication with anyone that is available at the moment. To sum up, it’s really hard when chatting in social networks to find the right time, the right person and the right way to express your emotions.

So the question that emerges is: “What are emoticons? Are they an intelligent device created to amplify our communication potentials or should we regard them as a  sign of emotional immaturity (and us as emotional fools ; ) )”.

It’s hard to give a straightforward answer, since the usage of emoticons is influenced by external factors that must be studied thoroughly (e.g. cultural background of the users). What is for sure is that for now emoticons content to depict the very basic emotions. What about emotions that are separated with that invisible thin line, such as sorrow and melancholy? Or can an emoticon describe sufficiently a more complex sentiment like nostalgia?

In my point of view, emoticons’ role is not that much to depict facial expressions rather than create impression, give an (slight?) idea to the recipient of what one feels. They could operate as entertaining and sometimes useful emotion simulators.

Most of us have tried the flight simulators in the entertainment parks. Few of us though know how to fly a plane.