Social media and Web 2.0 have radically changed the way we communicate with each other. Blogs and social networking sites like Facebook and Twitter let us participate with each other in a whole new manner. People with the same interests and ideas from all over the world have the ability to connect with each other without the necessity of physical presence. Apart from that and in comparison to the other mass media, Web 2.0 applications enable us ‘citizens’ to engage in the public debate on a whole different level (Keren, 2010). Can we think of web 2.0, blogs and social networking sites as public spheres and how does this translate to our offline lives?

The Danish Cartoon Controversy
Take the Muhammed cartoons for example. The Danish newpaper Jyllands Posten called upon several cartoonists to draw caricatures of the prophet Muhammed. During a time where the position of Muslims in Denmark was already fragile, the newspaper 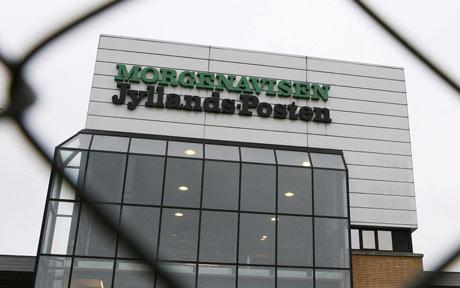 wanted to make a statement and shake up the masses with a message: we are a country with freedom of speech! What started as a national quarrel, ended in a worldwide heated debate where violence was not shunned. After the event, Facebook did the same and asked everybody to draw cartoons of the prophet. Bangladesh blocked the website and government control strengthened. Through blogs, video sharing websites and social network sites, the message was spread which lead to a heated discussion between ‘Muslims’ on the one hand and ‘the West’ on the other (Nørby Bonde 2007).

Many research has been done on the effects of blogging and forums on the public sphere. Most often, the public sphere is understood in Habermasian terms, referring to the critical rational public debate that forms the basis of a real public sphere (in: Lister et. al, 2003). Some are in favor of the idea of the blog as an extension of the public sphere, others like Poell, contradict this view. Most of the posts online are not classified as ‘discussion’, rather, they are individual outings that are non-responsive to the previous posts. But even though this might be the case, I believe that the web does have the ability to move people into action on a global level, to question the messages presented in other mass media and to criticize the political public sphere.

With millions of blogs and personal profiles at our disposal, it is quite a task to conduct research that can lead to broad conclusions about its effects. What is interesting to me, is not so much what is said online, but more how these outings are translated to the life we live offline. It seems to me that without the availability of the Internet, the Danish Cartoon Controversy would never have gotten the chance to develop as it did now. Blogs, forums and other social networking sites are providing new communication channels that can change the flow of a topic radically and globally. Or as Keren states: The modern community will be built by the digital empowerment of the individual. The blog is at the heart of it.”

Twitter Revolution
Let’s take a look at the Twitter revolution in Iran. Through the microblogging site people openly showed their discomfort with the current state of affairs in Iran. James Carafano (in: Keren, 2010) argues that “the war in the streets spread to an online war of words” and that it is yet unlikely that the blogosphere could change the power relations in oppressive regimes. On the other hand, people from all over the world openly showed critique towards the Iranian state with one of the biggest campaigns being United 4 Iran. During the Nacht van de Vrede Michiel Kruijf gave a speech about the Amsterdam campaign United4Iran where he explicitly emphasized the power of New Media. Without it, there would be no doubt that the campaign would have reached such a broad audience. The regime is still there, but the case hasgained a lot of international attention which might be fruitful in the future.

Future Perspectives
How then, can we conduct research to the effects of online communities in the offline world? Like the Danish cartoon controversies, web 2.0 managed to move an international crowd into action, but the line from where online ends and offline begins still remains a gray area. Unlike Poell argues, I believe that people do maintain an offline relationship as well as an online and new methods would be necessary to investigate the million blogs that are there and their effect on human kind.