Your City, My City, Our Crowdsourced Social Cities 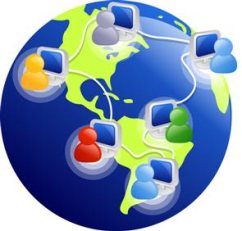 There’s a new dimension in town. The physical spaces we inhabit are being transformed by cellspace technologies (also referred to as mobile media, wireless media, or location-based media), where data is constantly being delivered to and extracted from mobile physical space dwellers; for us, the result is an overlay of dynamic augmented data made possible by the always-growing and ever-more-connected network (Manovich, 2005).

The time has come for the virtual and physical to come together and the interplay of data is creating multi-dimensional and data-mined spaces; I know where you are, what you’re eating, who you’re hanging out with — and if I should check out your favorite lunch spot and have that sandwich you just melted over.

Yes, this is the power of today’s connected information culture – of being plugged into the social web enabled by our handy and ubiquitous mobile smart phones that are becoming the digital sensors of our physical spaces (why can’t a phone be just a phone?). In the time that we, the united citizens of the world wide web, got used to the idea of sharing previously private information about ourselves and our whereabouts publicly from our desktops and laptops, phone data speeds have expanded, device functionality has improved and access to the internet has transcended former boundaries where you could only connect to the ‘web’ through a computer. Now we’re not only getting online via a phone but we are no longer just connecting to the web when we ‘go online’ – we connect to people and the information they’re sharing, and more of the time we are connecting to social networking applications that dictate these fluid interactions today – Facebook, Twitter, LinkedIn, FourSquare, and the like.

While we are way past the large open network of free flow of information sharing envisioned by Hans Enzensberger in 1970, and are further expanding the network by the increased connectivitiy of each node or ‘user’ in the network (Thacker and Galloway), we’ve managed to come closer to Deleuze’s “societies of control”.  This new phase of an inevitably monitored society – one dominated by status updates, checking-in and communicating more online/virtually than off – is undoubtedly evolving our social relationships, both negatively and positively. The  advent of the mobile world has fostered a new type of social interaction for generations to come, and the social of today is no longer the social of tomorrow; we’re becoming less face-to-face social and connected to earth but more virtually social. 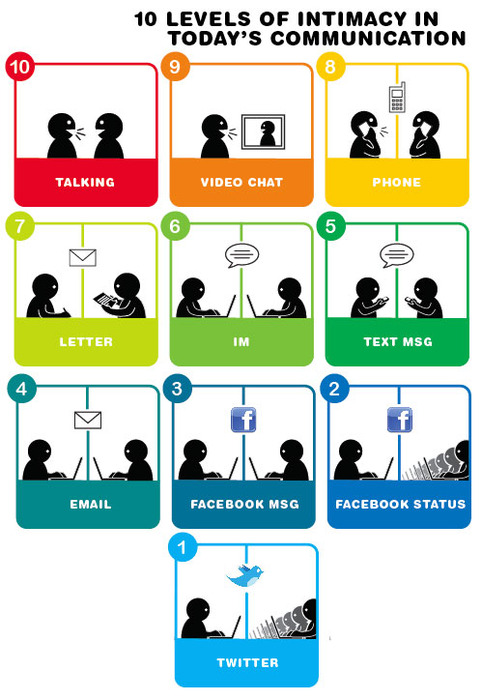 As we are witnessing first-hand today, people already desire to share an immense amount of data — from music to news — with the world, analyze it with various statistics, compare it with their ‘friends’ and now even visualize it (now possible with the numerous data visualization tools readily available (google visualizer, gapminder). Sharing is the incentive, and the present game-changer is this mobile information sharing is becoming the new form of being social.

What to do with the never-before-experienced availability of real-time data from around the world? Funnel it to build a crowd-sourced world, of course! 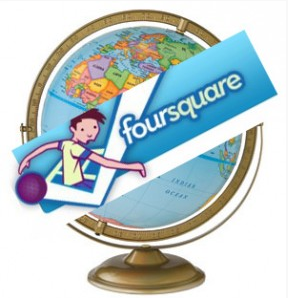 As much as I have a laundry list of reservations and suspicions about geo-location type of services – most relating to privacy, control and surveillance issues — for the purpose of this post, I would like to focus on the positive cultural aspects of a mobile social network, such as FourSquare.  There is a potentially meaningful higher purpose in the service other than checking into locations. As it overlays more and more dynamic data over our actual physical spaces, Foursquare, and other location based services that have popped up in the last couple of years, is slowly bridging the gap between the physical and digital space — between experiences that happen online and offline; Augmented reality mobile applications like Layar will also undeniably be huge players in the field as the technology further develops. It is precisely this connecting of our virtual and physical spaces that is potentiating the possibility of crowdsourcing the way people can experiences cities, enabling our cities to be more social offline and ultimately make cities easier to use.

Enter Dennis Crowley , co-founder of FourSquare.  In his talk at this year’s PICNIC festival in Amsterdam he spoke of how we should think of FourSquare more as a location based service of recommendations, rather than simply a tool to check-in and see where our friends are; we should also view the world as a game, get ‘points’ for getting to places we’re already going, and have this ‘digital candy’ make us feel good about finding new places and leaving tips behind.

That’s not such twisted thinking — millions of people around the world are already doing this every day by posting reviews, tips, and appropriating star levels to restaurants and venues they visit via sites such as Yelp and Menupages and iPhone apps like UrbanSpoon. More of these posting are happening everyday via a mobile browser rather than from a computer — all without any actual incentive other than to share their personal opinion and experience with millions of other strangers around the world. It is a give, give, give mentality, for the good of available information! [I personally love that aspect of locale information sharing: many of my now favorite places I’ve discovered in my hometown of NYC were actually thanks to other people’s reviews —- choices abound and recommendations are priceless in narrowing down a world of overwhelming options; and as someone who’s always looking for the local experience when I travel and live abroad, sites like SpottedByLocals as well as the apps mentioned above become indispensible and true and tried favorites.] 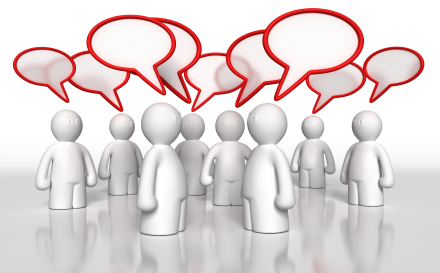 The crowdsourcing revolution is fully ON.

As Dennis explains, the evolution and growth of social cities becomes possible when we are finally crowdsourcing questions about cities back to the communities that own those same cities. We already frequent recommendation sites for a whole slew of activities we partake in the offline world — from trip itinerary planning and restaurant reviews to party nights out and service providers — so FourSquare and other emerging location based social networks are working to take all of the inside knowledge and expertise out in the physical world and build up a service of recommendations targeted for us. Don’t we always want the ‘inside scoop’ and aren’t we already more likely to visit a place or try a dish if a friend personally recommends it to us, especially if it’s outside our home city?

FourSquare, powered by a history that builds out from every place you’ve been to, hopes to become a smarter service this way — it can remember and make recommendations based on a precise formula: [places you’ve been] + [people you’ve been with and where] + [number of times at a given location]. As the app heads into this direction of becoming a go-to recommendation service (and it looks like that’s the plan with all the data they are provided with by users) the app, a.k.a ‘the machine’, will comb though all the data, analyze and generate recommendations based on whats popular for your very own targeted recommendation. Undeniably, the app will also learn an incredible amount of information about us. According to Crowley, FourSquare hopes to become a passive location tracker, so that, for example, a message will pop up if you’re near a place you marked you wanted to go to in the past, or next to a cafe your friends often go for dinner. Becoming a passive location tracker will not be too difficult — we are already conditioned to check our phone for texts, calls, directions, but now the phone also becomes a sensor that is aware of all opportunities near by. That also bestows a kind of creepy power to the phone – it knows where you are, that you last checked-in for breakfast and that you might be hungry for lunch now. 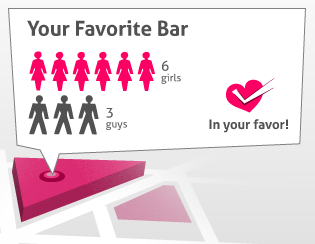 Some other interesting aspects to keep in mind with location based social networks are the associated third-party applications that are developed. Take the very silly Assisted Serendipity app for example – a service that notifies you when the male-to-female ratio turns to your favor at venues you have marked to watch and also let’s you know when the optimal ratio you’re seeking has been met. So I suppose you can become more lazy and rely on FourSquare to let you know when you need to get your “game on”.

Time check: 2010. We’re on the cusp of location based social networks becoming as mainstream as text messaging on our phones. Let’s see how people and the cities they live in will take to the crowdsourcing technology and augmentation to come — afterall, even the remote possibility of the service existing depends on our participation in the first place.

Deleuze, Gilles. “Postscript on the Societies of control” (1990)