So while everyone was making an actual relevant addition to Wikipedia, I decided to try something silly. A while ago I was standing in line at a film festival when I heard two girls argue about whether they were wearing ‘jeggings’ or ‘treggings’. ” Um, does it matter?”, most people would undoubtedly say. But apparently for some people it matters. The fashion industry is very meticulous about their neologisms. For anyone interested, she was wearing jeggings. The decisive factor in the argument was that her leggings were made to appear as though they were super tight skinny jeans and not as though they were super tight trousers. The stretchy denim fabric gave it away.

I don’t know why this anecdote came back to me while thinking of something to add to Wikipedia, but it did. At first I thought it was just too silly to be included, but after checking it on the English Wikipedia I did find that ‘jeggings’ were included. Well, if jeggings were worthy enough for Wikipedia then surely treggings deserved a mention. I also checked the Dutch Wikipedia to see if there was an entry with one of the two names. Both were not to be found. This seemed like a perfect opportunity for a little experiment. I decided to add a page about treggings on the English Wikipedia and I added treggings and jeggings to the Dutch Wikipedia. By doing this I hoped to find out which Wikipedia was stricter in removing pages. The information I added was sufficient in describing the phenomenon, but quite measly. Needless to say, it could be greatly improved by someone with better knowledge of the fashion industry. Now for the big surprise: my pages are still online!

My English page hasn’t even been touched, it just remains there as a beacon of light for confused fathers unaware of what in the world their daughter is asking shopping money for (or so I’d like to think). However, both my Dutch entries are flagged with a request for improvement. Wikipedia says that after an evaluation period of two weeks a decision will be made about whether they will keep the article. There haven’t been any discussions though. Perhaps the subject is just too silly, so silly that it soars under the radar with ease. After all, it wouldn’t be the end of the world if someone would mix up a jegging with a tregging. Perhaps the lesson is, the sillier the entry, the more you can get away with? It also seems as though the Dutch watchdogs are  surprisingly meaner, at least in this case. 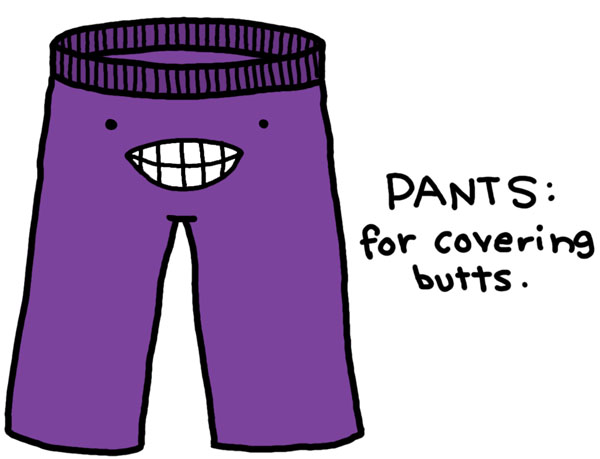 For those who have reached the end of this post and are still in confusion about this whole legging, jegging, tregging ordeal, feel free to consult my beacon while it lasts. After revisiting the original English jegging page (the one not by my hand) a week later I found that in the meantime it had been suggested to be merged with the legging page. This could potentially mean bad news for my entries, but I have decided that I can live with a ‘merge’. As I am strangely proud of the survival of my entries, I can only hope that this knowledge shall not go lost and will forever help those in confusion about the identity of their tight fitting legwear, one way or another.