Wikipedia is such a huge encyclopedia, every topic I came up with, it already existed on Wikipedia. I saw there wasn’t a topic yet about the soccer club FC Abcoude so when I wanted to start that, this message appeared:

What should I do, write about it nevertheless? I decided to do that because who was MoiraMoira to decide if the topic 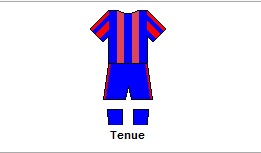 had to be deleted. There was no conversation going on back than in 2007, the topic was just deleted, without given a good reason. I began to write, and designed the uniform.  When I gathered some information about the club, I found out that you can only add a amateur soccer club when it plays in the national competition. My soccer club only plays regional, so I couldn’t add the topic.

What to do next, I searched on Wikipedia at the requested articles and after a lot of searching I found a request for the book ‘Indische duinen‘ written by Adriaan van Dis. I have read that book, so that was a good topic to start!

I wrote the main information in the ‘information box.’ Added links inside Wikipedia, footnotes and external links. I looked at other Wikipedia book sites, (like ‘de Aanslag’ by Harry Mulisch)  to look what kind of information there must be on the site. I thought it was a good reference since that site wasn’t delete.

I wrote an introduction, a summary, character description, the structure of the book and the title statement, the prices the book got, in which languages the book is and what the press wrote about the book. At the bottom of the page I inserted a table of which roman’s Adriaan van Dis has written.

If I look at my Wikipedia page and compare it to other Wikipedia pages about books, I think it is a good page and it fits perfectly between them. It’s Wednesday now and this evening I launched the topic ‘Indische Duinen‘. Let’s see what is going to happen. I’ll keep you posted!

It’s a day later now since I’ve uploaded my topic. There has been some changes, six to be precisely. I can’t find critique about deleting my page yet, the changes are mainly changes in syntax and linking. Nobody started to discuss my page on the discuss site.

Another thing they edited, was the part where I wrote about what the press thought of the book. They deleted that part, when I think of it, it makes sense to me because that isn’t a natural point of view since the press has a meaning about the book.

One user ‘Advance‘, wrote in the tab ‘history’ that I wasn’t allowed to put the short summary from the back of the book on the site, although I cited it with a footnote. So that part I’m going to change. I deleted the summary from the back of the book, because I wasn’t allowed to put it on Wikipedia. I thought a short summary was necessary at the begin of the page but when I looked at other Wikipedia book sites I saw that it wasn’t since not every book page has that.

But, I’m glad that they are just editing my topic and, for now they are not busy with discussing about deleting my topic!

Four days later now, sunday, and I looked at the history site of my wikipedia topic. The topic is still there and after my change there hasn’t been any changes anymore. So I think the ‘Indische duinen‘ wikipedia topic is official now!