In 1945 Vannevar Bush already predicted an innovative new way of structuring information, a new library. Wikipedia was launched in 2001 by Jimmy Wales and Larry Sanger and was indeed a new initiative to structure data online. On the Wikipedia-page on Wikipedia itself is stated that:

New or occasional editors have significantly higher rates of their edits reverted (removed) than an elite group of regular editors, colloquially known as the “cabal”. This could make it more difficult for the project to recruit and retain new contributors, over the long term resulting in stagnation in article creation.

This is what I experienced when i started ‘contributing’ or inserting propaganda as the Wikipedia, it really depends on who your administrator is.

I decided to translate the English page with information about Edward A. Shanken, former professor at the University of Amsterdam, into Dutch. Immediatly after publishing the post was discovered by a bot, with the report that the contribution needed editing and. The admin also wrote that the page was to positive and about only displaying the media-scientist Shanken. Well, i guess writing about education and degrees is not about boasting or exaggerating at all. So, it really depends on who is in charge of your contribution, it can easily get marked as propaganda. Most of the time when you are involved in what you are writing about. Besides that it’s a matter of taste, also according to Bourdieu:

Popular taste applies the schemes of the ethos, which pertain in the ordinary circumstances of life, to legitimate works of art, and so performs a systematic reduction of the things of art to the things of life. 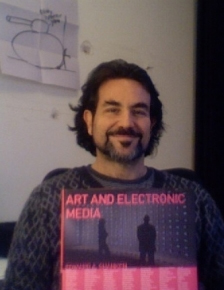 So the legitimation of a contribution depends on the Wikipedia discourse, for example: there is no space for a page about the Nationalists and extremists  party “Vlaams Belang” according to this page. Administrators motivation is “Article goes to far”, which is a very subjective statement without any further arguments. The admin could at least admit that he or she just does not have very much affinity with this extreme right-wing political party?

And “my” administrator states that an “assistent professor” is a vague term and that the contribution is about promoting mister Shanken. Right after that i submitted that he is indeed  a respected teacher in mediatheory so they give the page 4 more weeks to develop. I’ll keep you guys posted!

Update october12th
Until now, there is no response from the administrator after my comments and text-editing. So i don’t know what’s going to happen with the page. It is unfortunately still listed voor deletion by the end of october so if i do not get a respond within two weeks i guess there will be no other option.