Some first thoughts on the Mom-blog redesign

About Anouka Slemmer
In 2009 I finished my BA in Cultural Science at the Vrije Universiteit of Amsterdam, where my thesis was on forms of representation in three contemporary post-epidemic sciencefiction films. Apart from working as a consultant/project manager at an internet agency, I run a filmfestival with a bunch of friends.

It’s been a couple of weeks now since some of the Masters of Media students started thinking about redesigning the MoM-blog and luckily more and more of you have joined in on this project. Lots of good ideas have been talked over: suggestions to integrate Twitter or Facebook, or changing the graphic and/or interaction design. We’re still in the process of bringing everything together and realizing the new blog, but it’s only fair to let the rest in on some of the thoughts that have crossed our minds.

I’ll start with some of my own first thoughts. The different initial designs from my collegues and me have already gotten some feedback, which have led to new and altered ideas, so the following is already a bit outdated. But good to share anyway.

Though I liked the colours of both Bart’s and Onur’s design a lot, I choose a more neutral background and more contrast in the colourpalet. Let me know what you guys think! 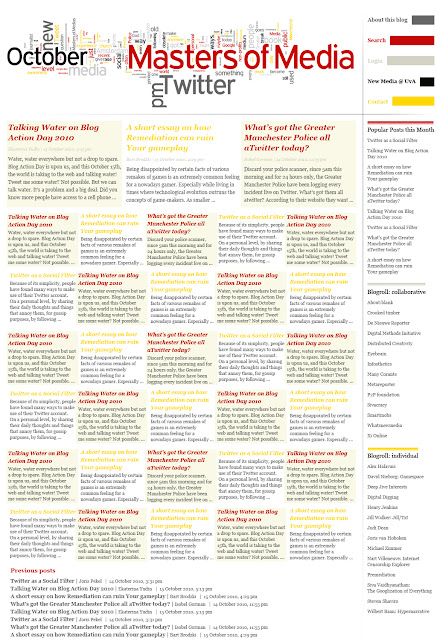 Header: For the Wordle (the Wordcloud in the header) we might be able to use a processing library we found, we’ll have to look further into that. Do we still need a tagcloud next to this? It might be an option to still have a link to the old tagcloud, but not have it on the Home anymore.

General: We should discuss what the search possibilities are. I would like to see a more advanced search option, where you can search by date, keyword, tag, author, etc.

New posts: The posts from the second row onwards miss a date in this design, but I guess that should actually be in there after all… I’ve put a lot of the posts on there, but maybe it’s a bit too much?

Right column: I included most popular posts, blogroll: collaborative and blogroll: individual. So left some ‘categories’ out that are in the current blog.

Previous posts: I let go of the idea of the coloured bars from the first design (Onur’s). I like them in the designs, but I think they only work when it’s a maximum of 5 or 6 or so. If the idea is to show as many posts as possible, then these coloured bars in my opinion will become too much. 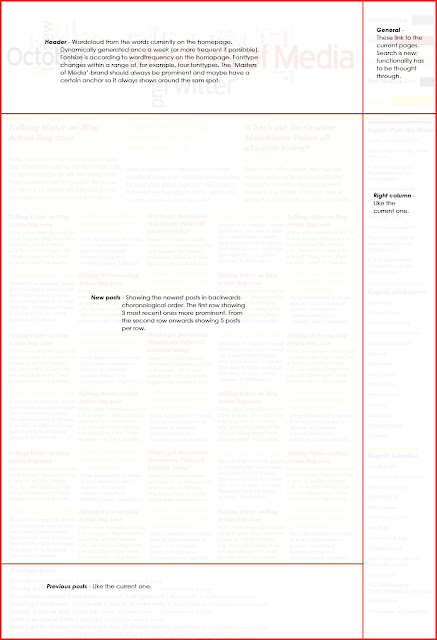 Some more > On colours and fonts. I haven’t put in further specs, like measures etc, since we first need to decide what the final design will look like. 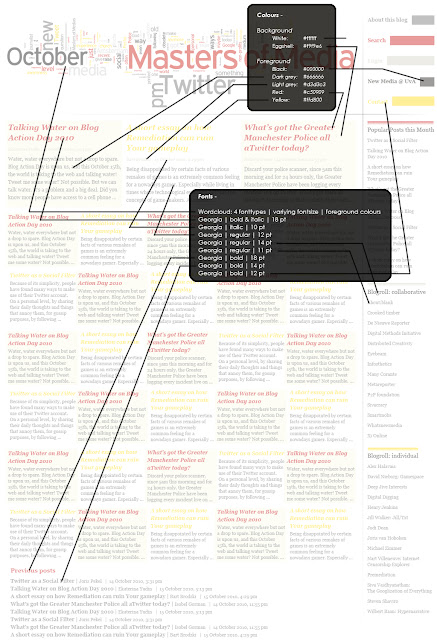