Digital piracy is a common aspect on the web, and Internet users are sometimes or even often part of it because an act of piracy is easily done. There are several sharing activities where piracy is involved such as peer-to-peer sharing, usenet groups, and emailing your favourite song to a friend. These acts of data sharing are mostly low-level and do not have a distinct hierarchy of ‘organized piracy’. What contrasts the distributed sharing of data through usenet and p2p is how top-level piracy is organized, which is compared to the open nature of the web extremely organized and within its communities centralized. These communities and its specialized release groups for pirated content together form ‘The Scene’. Castells and his investigation in the Network Society (1996) explained how social structures are not organized around traditional physical forms of organization but around electronic networks, enabling distributed communities. Piracy groups adopted this new possibility of organization in its earliest form and made its appearance before the Internet was established through early computer clubs and Bulletin Board Systems (Craig et al., 2005). The Scene has always been the first to respond to demand and to actually publish traditional hardcopy content such as film (vhs/dvd/blu-ray), music (cd), games (cd/dvd), and books (print) (short e-book history) to a networked medium that makes digital distribution possible. Something the print-based economy has neglected for many years.

In the realm of the ‘free’ internet and countless forms of digital distribution, piracy is here referred to as any form of unauthorized copying over the Internet. However originally the act of piracy has a condition that the unauthorized copy is made for commercial gain (Darrell, 2005), especially in times when counterfeiting was popular as the main source for pirated material. The Scene does not strive for commercial advantage but for competitive giving in a gift economy – in who is first and best in releasing content – among other members of The Scene and release groups (Rehn, 2004).

The Scene operates under the constant threat and infiltration of law enforcement and has therefore a very strict, highly structured and secured community, with suspicion towards any outsider. However due to on-going investigations and raids such as “Operation Buccaneer” by agencies of state there is some superficial information available on how The Scene is organized. Basically release groups obtain material, optionally crack the security measures, and release the content to the whole Scene which is connected by huge so-called topsites – and are therefore also the main targets for police raids, like recently in Europe.

What The Scene characterizes is its strict release rules – not open-ended guidelines. In every new step in consumer electronics and media every commercial party is pushing their own technologies and formats, for instance VHS vs. Betamax, and similarly Blu-ray vs. HD-DVD. Nothing has changed for one of the latest developments, the e-book, just look at the Wikipedia article on e-book formats. The Scene in contrast will make sure there is uniformity and a single format for each content type, making compatibility a non-issue. Whenever something does go wrong, e.g. glitches in video, wrong encoding settings, or faulty cracks, releases are instantly flagged as ‘nuked’, labeling them as bad meaning they do not conform to the rules. The same or other group will do a ‘proper’ release which does conform. Release names also reflect the rigorous but clean formatting of The Scene, take a look at Dupecheck Project where releases by The Scene are logged. The Scene’s rules for publishing content also reflects on the ongoing and never ending spiral between the copyright holders and The Scene: copyright holders try to secure their content with cumbersome security, and the scene tries to crack and release straightforward and easy to use content. 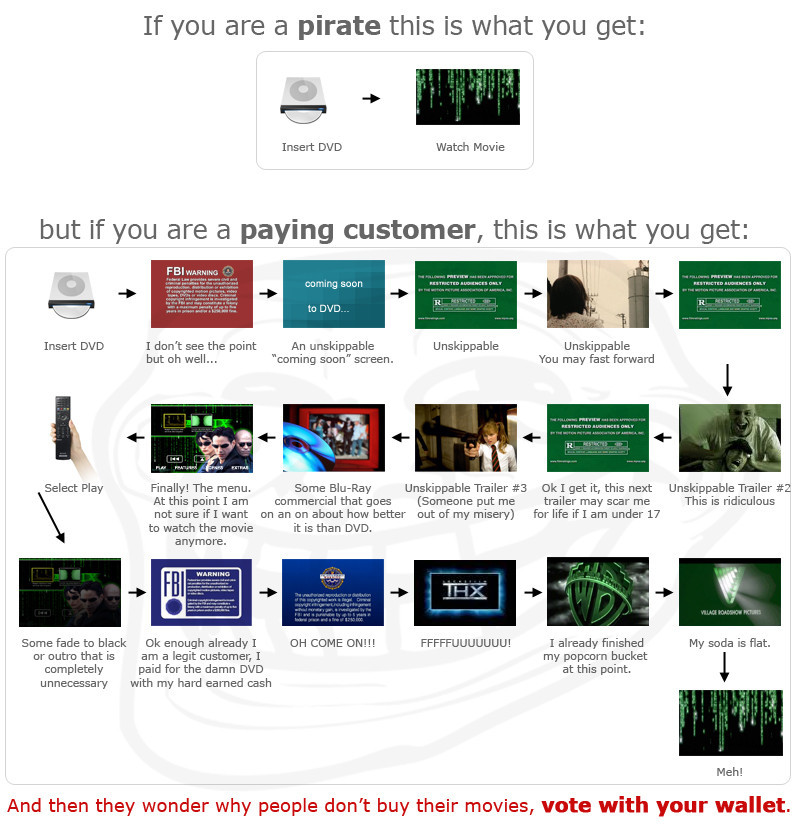 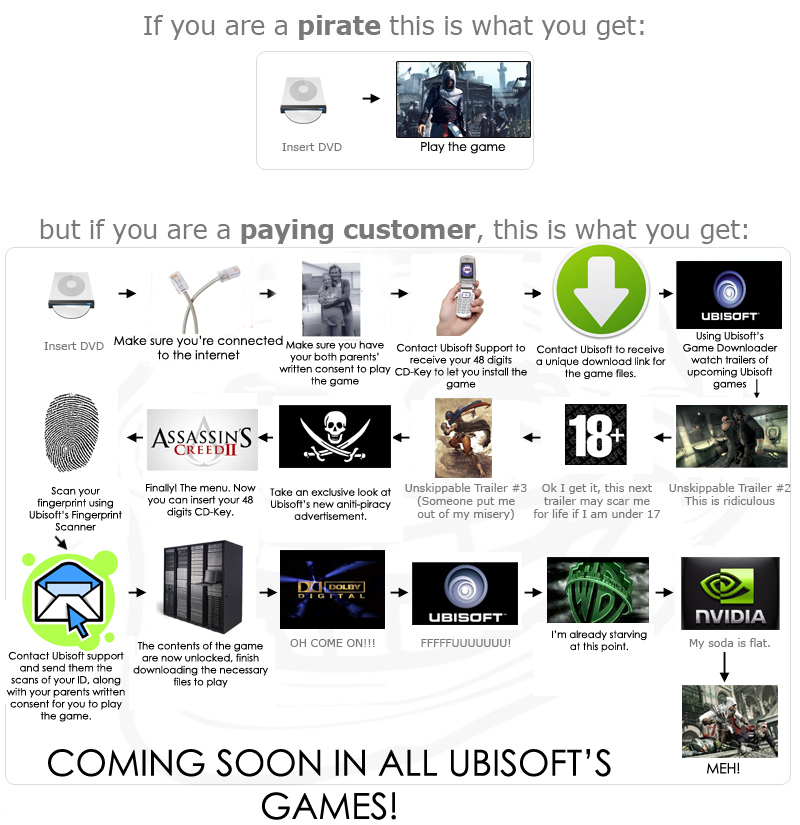 It is just recently that the print-based economy is starting to notice and develop their online publication and distribution. At this point only ITunes for music and Steam for games have made a definitive mark in official online distribution, film and ebook online marketplaces are still working on their catalogue, business models, and trying to get attention from the consumer, something The Scene had up and running from the start. The absence of choice for consumers between official and unofficial online content was always one of the arguments of governments to withhold any action in legislation until there are valid legal methods for consumers to get digital content.

More background on The Scene on Defacto2.

Castells, Manuel. The Rise of the Network Society, The Information Age: Economy, Society and Culture Vol. I. Blackwell: Malden, 1996

Panethiere, Darrell. The Persistence of Piracy: The Consequences for Creativity, for Culture, and for Sustainable Development. UNESO e-Copyright Bulletin. 2005: p. 2.