Free and Open: Unfolding the politics

Lets talk about the supposedly free and open Web again, not ‘again’ in the sense that it has been discussed too much or too abundantly but in the sense that maybe new and other frameworks have to be introduced or at least need to be considered. While I am not trying to speak on anybody’s behalf, certainly when following Latour’ Actor Network Theory principles, taking a look at the politics behind the phenomenon could make a contribution to the discussion about it.

When talking about Production with a big ‘p’ on this new Web we can identify, like in every discussion, two groups of people with a different point of view on it: those who applaud it and those who want to make us aware of the dangers and pitfalls. It is a battle between authors like Bruns stressing an authentic culture that can be traced back to Dadaism and works like those of Marcel Duchamps’ Fountain and Benkler & Nissembaum who see production as a means for creating and expressing virtue much in Aristotlean sense.

A point of view that authors like Pasquinelli and Terranova,who describe themself as Italian autonomists or neo-Marxists, problematize and warn us about: production by users is being parasited by big companies like Google and the basis for their succes and Terranova warns us for the leftist critique that there is something like an authentic culture that is waiting to be exploited but instead claims that it always has been part of global economy.

Again I want to stress that I am not picking a side in this debate but merely want to show that it is not a one- or two-sided story but one of many side,  something that was made apparent  when discussing particular cases. When looking at and discussing Google and Verizon’ joint venture to offer an ‘other’ Internet, a network that could offer premium content to its users what was being discussed was the possible endangerment of net neutrality with them possessing the logical layer (using Lessig) but the serious question asked in class was: is this really bad? Is there not someone that has to pay for the Internet and offer practical solutions before we reach the end of the Internet? There is always capital behind it and if we follow other work of Bruns we need experts to be able to curate the knowledge structures on the Web. 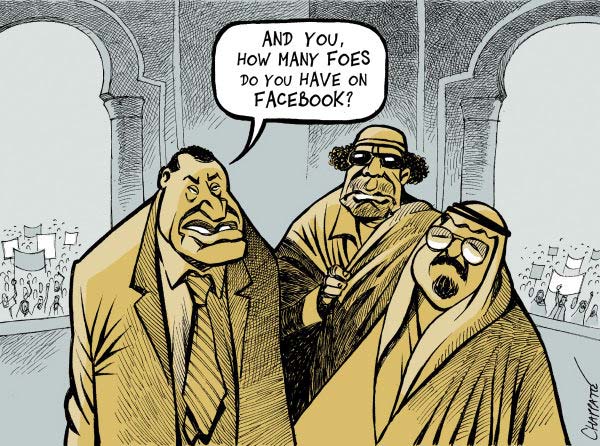 Talking about the use of social media like Facebook during the protests in the Arabic world many people tend to emphasize these networks as enablers of democracy in non-democratic areas, but we have to be aware that we do not ascribe too much ‘revolutionairy abilities’ like Fei An Tjan describes to these networks and it is like she says ,and again using Latour, ‘letting the actors speak for themselves’. But we also have to critical about the collection of metadata and controlling by these networks and what this means for its democratic potential, because real particitpation and political economy can not be seen separated. It is a matter of trying to unfold the (political) principles behind the phenomenon of free and open, make visible what is obscure and in that way unfold its politics.

Pasquinelli, Matteo. ‘The Ideology of Free Culture and the Grammar of
Sabotage.’ Education in the Creative Economy: Knowledge and Learning in
the Age of Innovation. Eds. D. Araya, and M.A. Peters, New York: Peter
Lang, 2010.