Social Media are taking over our identity, for better or for worse.

With Facebook now claiming to have over 750 million active users,  along with a 100 million tweeters traceable through the current 22 million checkins of 725.000 Foursquare users , it is safe to argue that one out of 9 people on this planet have an actual digital identity. In general, we share our personal findings on Facebook or Twitter, while for more professional related matters, we use LinkedIn. Our profiles connected to all these platforms are our digital identity, but in a similar fashion, these platforms have also become part of our real, present-day identity. Whether it is during class, while working, standing in line, we are all greatly engulfed in updating our social media. It has become closely embedded in our lives and is steadily taking over our identities as we keep on seeing the world increasingly through the social media looking glass, turning everything into representations. Some are however occupied by mere reflection of their lives whereas others actually put social media to good use. 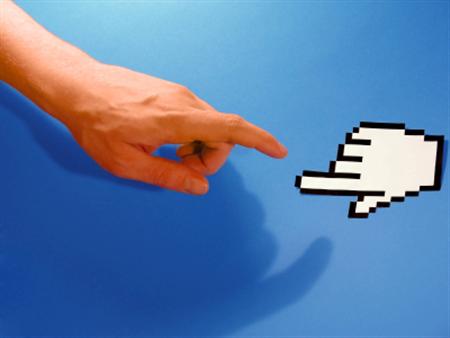 In this postmodern era of individualization, Twitter and Facebook are the ideal channels to stream our drive for the further development of our status-based identities to the rest of the world. We share everything that has a certain symbolic value, enhancing our status with the kind of food we eat at a certain place, dressed in a certain fashion, drinking the right drinks etc. Having a Facebook account is something which is considered normal, it is not even up for debate, only available for updates. I post, therefore I exist, period. This over-simplified one-liner is nevertheless reality to a lot of “ordinary users.” I refer to these users as ordinary, because their main interest in social media is mere consumption; they are reactionary to anything new that comes by with a certain symbolic value, their interests feed of a kind of commodity fetishism. As a result they engage daily in updates concerning the weather, their meals, their support for a certain sports team or other areas of interests.

These mass consumers just go with the flow, they have an attitude of docile compliance to the inescapable pull social media has on them to promote their possessions, their commodities to which they have attributed a certain symbolic value in their lives. Being occupied daily by the newest gadgets, snacks sunglasses and what not, they feed of mass consumption through social media. Social media has become part of their life, of their identity and moreover, of the way they perceive the world, or rather, the way the world is represented to them through social media.  These users only look at each other and the world in a mediated way, through Social Media glasses, whether it is their iPhone, BlackBerry, HTC, PC screen etc. So in fact, they already live in an augmented reality which is provided by the social media. However, there is also a group of “extraordinary users” that found their representation in the form of a digital identity quit useful. Especially for those users who seek to promote themselves, like artists,  a digital identity turns out to be a very effecitive way in realizing your artist status. As an upcoming DJ, I greatly appreciate the advantages the various forms of social media have to offer me. For any artist, but especially those in the music industry, a solid online network of friends, fans and professional connections improves the chances of success… considerably. Social Media does not only help me reach my audience, I can even mobilize them through attaching images with alternative text tags that underline in what way my performance at a certain location could contribute to a good evening for them. In turn, if they show up, it is of course good for me as well.

It is nothing to be ashamed of, everybody is doing it. Bars and clubs stream their artists through channels like Ustream or DJbroadcast.  The famous Detroit Techno producer, Minus record label owner Richie Hawtin and pioneer when it comes to numerous technological innovations, even developed his own app allowing his twitter followers to see what track he is currently playing and which one he is about to mix in. There is a necessity to controlling all these forms of social media, a certain flow you have to be in, because otherwise you will be swimming against the digital stream. Leaving out any possible social medial channel reduces your exposure and thus the chances of people knowing your whereabouts. 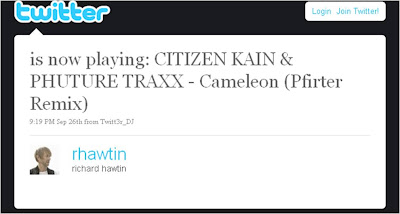 A nice example from my personal life  is an an interview I did on a radio station, very regional, nothing fancy. But still one of the DJ’s presenting the show asked me at the end what my name on twitter was. I was reluctant to tell him I actually did not have Twitter. He was not hesitant to call me crazy and persistently, even after the show, insisted that I absolutely needed a Twitter account. He was right. I now tweet (@jahoorjeroen) since 16 October 2010. On another occurrence, I travelled with two befriended Spanish djs to Amsterdam to meet with the booker of an Amsterdam club called Studio80.  One of them (Andre Buljat) was besides a DJ also doing bookings for Boulevard Culture Club located in Barcelona.  It blew me away how he used the club’s Facebook page to index how many people had to be on the guestlist for that very evening. He simply copied all names that were fans of the page and had indicated that they wanted to be on the guestlist, about sixty, into an excel file and sent them to the person in charge that evening. Done.

Social Media have become much more than just various interactive platforms that together form the online spectacle that we call our social network. Especially Facebook has become an enormous broadcasting platform where boundaries between public and private are often vague and thus are put more to use in a cross-disciplinary commercial way. Through every post, comment, like, tweet, location etc. we steadily built on our online identity and in effect subcategorize ourselves for marketers to make use of this huge pile of profile data.
The pessimists call it “being alone, together.” I agree with marketing guru Seth Godin who simply states: “How can you squander even one more day not taking advantage of the greatest shifts of our generation? How dare you settle for less when the world has made it so easy for you to be remarkable?”

Social Media, either you make it your own and benefit, or you freeze and gaze at the spectacle it encompasses.