Richard A. Clarke has worked for the U.S. government for 30 years. In the White House he served Presidents Ronald Reagan, George W.H. Bush, Bill Clinton and George W. Bush. Under Clinton and W. Bush, he worked as National Coordinator for Security, Infrastructure Protection, and Counterterrorism. He ended his career at the government as the Special Advisor to George W. Bush on cyber security. He left the government in 2003, and at that point he was very critical about the way the Bush Administrations attitude on counterterrorism before the 9/11 terrorist attacks, and the war with Iraq. In 2004 his first book was published which became a bestseller. The book is titled Against all Enemies: inside America’s War on Terror and is about the way the different presidential administrations of the past (and the present) handled on the War of Terrorism.

New kinds of fighting a war
The last decades there changed a lot in war fighting. After the First World War air attacks were developed, as we could see the result in the Second World War. But also nowadays a lot of new techniques are implemented in the ways of fighting a war. Especially the invention en development of the computer changed a lot. Today there are a lot of smart weapons and planes could be flight trough via ground control. But there is something else, which is, according to Clarke, very dangerous: Cyber War. In the introduction of his newest book he says:

Cyber war is not some victimless, clean, new kind of war that we should embrace. Nor is it some kind of secret weapon that we need to keep hidden from the daylight and from the public. […] [We need to] understand what cyber war is, to learn how and why it works, to analyze its risks, to prepare for it, and to think about how to control it. (p. xii-xiii)

The previous citation and the title of this book, Cyber War: the next threat to national security and what to do about it, shows exactly what the book is about: it is about Cyber War, what is Cyber War? Should we be scared about a Cyber War attack? Can we protect ourselves against Cyber War? How should we do that?

Clarke wrote the book together with Robert K. Knake. In the introduction of the book Clarke explains why he needed a younger partner to write the book: As a digital immigrant Clarke grew up with the invention of cyberspace, But Knake, as a digital native, grew up within the time that cyberspace was already there, and that’s why both men look on a different way to the cyberspace and its development.

Cyber War
I think it is very interesting that Clarke, as a former U.S. government employee, is writing about such kind of subjects. As Clarke had his critiques about the way the United States were handling the War of Terrorism, as written down is his first book, he also draws into question the way the different presidential administrations he worked for were dealing with Cyber War. As the counterterrorism czar under Clinton and Bush he has spoken a lot with the President about this theme and warned them about the various dangers of the possibilities with Cyber War.

The book is quite easy to read, although they have to use some difficult and technical terms to explain the various (dangerous) possibilities with computers, computer networks and how they are used within a Cyber War. For the people who do not really understand these terms the writers added a nice glossary to explain some of the used acronyms and phrases used throughout the book. Not only on the language level it is a nice book, but also the way the book is build up. In the first chapter they are starting with a true story about a Cyber attack in 2007 in Syria. Although no one officially admitted that the real attack was made possible through a Cyber attack, Clarke and Knake shows the different possibilities how it could be happened. It is a good introduction for people that are not familiar with the possibilities of the Internet and computers. The term ‘Cyber War’ isn’t very often used on a daily basis, so people do not know what it stands for. In the first chapter Clarke says: ‘When the term “cyber war” is used in this book, it refers to actions by a notion-state to penetrate another nation’s computers or networks for the purpose of causing damage or disruption.’ (p. 6) 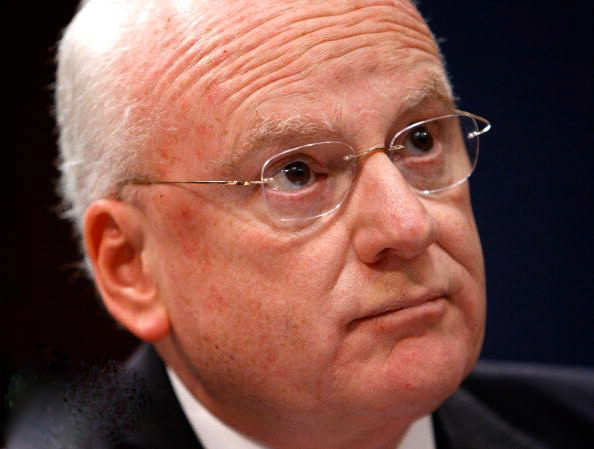 Introduction to different subjects
The first chapters of the book are to explain a lot and to give the reader the information needed to understand the critiques and visions, which are stated later on in the book. The second chapter tries to explain that several countries, as the Unites States, are recruiting special Cyber Warriors that are able to fight a war using Internet and other networks. The third chapter is to explain what cyberspace is, and how it is possible to fight a war into the virtual space. And that’s one of the main problem, People do not really know what is possible with a cyber attack. As Clarke shows in the book, in the United States computers control all most everything. Vital systems like traffic lights, train tracks, the power network, and banking information are controlled by computers via different networks. It is getting dangerous when people from outside the network are able to gain access to these networks, for example via an Internet connection. Clarke and Knake are showing different ways how hackers are able to get access to the different networks, and what kind of effects it may cause. A lot of citizens to not realize that all these things are actually possible in ‘the real world’, and not only in Hollywood movies.

An important part of the book explains that the Cyber War is (again) between some big countries, like with the atomic weapons. At the moment Russia is a very big ‘player’ in the world of hacking and the use of cyber space. Not only the U.S. is preparing and developing the use of Cyber Warriors, but also other big countries like Russia and China.

How to act?
The last few chapters try to give an answer to the questions who were raised inside the former chapters. Clarke is giving his vision on Cyber War and how ‘we’, the Unites States, should act with this new kind op threat. Because of his experience at the government, Clarke is able to give some good arguments and is giving the reader the feeling that he knows where he is talking about. In the very last chapter of the book, The Agenda, Clarke and Knake gives us six steps “that we need to take simultaneously and now to avert a cyber war disaster” (p. 261).

Conclusion
I think it is a really nice book to read. It is easy to read for everybody because of the explanations and the way the book is written. But as a Dutch student I can well see that the book is written from a U.S. perspective. Off course the United States is a very well developed country in the IT world, so it is no surprise that on the subject of Cyber War they are also more developed than other countries. But the different possibilities given by the writers to prevent the U.S. for being attacked, or the way how to prepare the country on a attack in the future are quite specific to the way computer networks are working within the United States. Off course other countries can learn a lot of how Clarke is thinking about the subject, and I think we all have to think about it. But we have to focus it on our own countries, I think every country has his own problems and needs his own tactics to prevent and to fight a Cyber War.

On the other hand I think Clarke has written this book to warn the people. Normally that might be a task of the government, but according to Clarke to government won’t see the risks and don’t want to do anything about it. In this way Clarke reaches the citizens and the people might be warned by this book about the next threat to national security.