We fought the fight – and we’re still fighting- Wikipedia and Tek9.

So you’re thinking, ‘fight’… ‘battle’? What kind of nonsense is this guy stirring up? How can you fight Wikipedia?

Good question. The only answer to that is yes, it’s possible, and most importantly, probable if you’re intending on making an entry of your own.

Well I set out to do just that, and given a forewarning of possible bot or admin interventions by my professors, I simply did not envisage what the future held for my entry.

Tek9 is a gaming coverage website that also acts as a community home to 80,000 members.In fact, I don’t need to fully explain what the website is about or its history – you can simply check its Wikipedia page here.

Bristling with intrigue when I initially published the article, I created a forum thread on Tek9, detailing the wonders of my article but most importantly letting the community know it was out there. If there was anything on Tek9 that I had left out in my entry, it was that the average level of intellect displayed on its forums was most certainly below that of a Neanderthal. The problem there being I have no empirical evidence to back-up that statement ( if you want evidence you only need to read a few of its forum threads). My point here is that I had expected nonsensical editions to my entry, either nonfactual silliness, or just plain old trolling – something tek9 has in abundance. I was to be proved right.

Within about twenty-five minutes of my entry, it had been instantly flagged for speedy deletion. Apparently a video-gaming organization with over 80,000 members – one of the largest gaming communities online – Youtube videos with over 500,000 views, and its own hosted events that gained mainstream media coverage – was not worthy enough for Wikipedia.

I quickly contested this flagging, explaining Tek9’s obvious significance in relation to video gaming culture, e-sports (gaming as a professional sport – a growing phenomenon) online communities – etc. I was quickly backed by enthusiastic Tek9 community members, some of whom back up my earlier hypothesis (that of neandarthal intellect) by contesting the deletion with the pre-formatted text ‘This article should not be speedily deleted for lack of asserted importance because <replace these words with your reason>“. Yes they didn’t replace the words.

I flinched slightly, fearing the worst. Admins were going to read that – what would they think? Surely the article was destined for speedy deletion? Thankfully, and luckily, there were a few good contestations and the article passed its first test, the admin agreed with its significance. What boggled me however, was that this one man, one admin, had the power – and had to, on his own, objectively decide whether the article was worthy. Oh how it could have been so very different if it were another admin.

The battle raged on however, and a new fight surfaced, this time internally. Trolls. Editing the article in their masses they vandalized my creation to such an extent that it truly epitomized trolling. Checking the logs I was amazed at the number of entries from different IPs. I had created more than an article, I had initiated some kind of online warfare between three parties, Wikipedia, the honest article contributors and the bane of the internet – trolls. 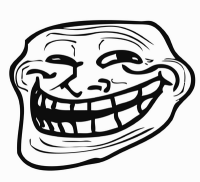 At first I defended the article as swiftly as one could, reverting the troll edits with frantic clicking. But I was fighting a losing battle, outnumbered and outgunned (outmiced?). Low and behold however, bots came to my rescue. Almost reminiscent of something out of the Matrix, these nifty creatures are smart enough to detect blatant vandalism, and instantly remove it. In fact, it was a bot that had initially flagged the article for speedy deletion.These things were everywhere, scanning text, grammar, images, specific words,  you name it –24/7.

Just when I thought the battle was won another admin flagged the article for deletion. To this day the discussion goes on. My own arguments along with another user, Mikk90, seem most convincing in my honest opinion (no bias there). But ultimately it isn’t up to us at all.

The moral of the story? Well, whether you’re intending on contributing to Wikipedia through a minor edit, or a fully-fledged mammoth article entry – you’re bound to hit trouble, maybe not now, but definitely later.

The question remains: am I fighting Wikipedia here? Or am I fighting individuals, power-users who have built up an unbeatable reputation? In the discussion page they go as far as mentioning I have made little or no other contributions. Does that affect the argumentation I’ve put in place? I think it does. Very simply put, I could go as far as saying that no matter how good an article I produce, it can be contested, and deleted. Especially if these power users used their numerical superiority.

The most mind boggling aspect of these admins’ decision making lies in consistency. If Tek9 was not worthy of an encylopeadic reference – then other websites were most certainly not either.  These websites (Cadred,Team Liquid) I’m referring to are smaller gaming coverage sites or, larger than Tek9 but of the same video-gaming relevance. There needs to be consistency.

Personally, I am astounded at how possibly easy it might be to fabricate an article – if time and effort were put into crafting reliable sources. How far could you go?

To this day, I convinced myself I was not going to fall foul to Wikipedia’s coercive tendencies. I would stand my ground and prove Tek9’s encyclopaedic relevance. Regardless of my experiences, Geert Lovink and Nathaniel Tkacz are undoubtedly so eloquent in their description of people maybe like myself and that of Wikipedia critique: ‘the caravan moves on, and Wikipedia is here to stay.’

The battle rages on.

For an insightful coherent critique of Wikipedia, check out: