Social networking sites allow a user to have all the combined knowledge of their social groups at their fingertips. It is no wonder that the Facebook status tool, for example, has been re-appropriated for question asking purposes.

Even outside the designated question tool, a brief scroll through my feed throws up numerous questions being asked by friends in order to gain the rich gooey information goodness inside other people’s answers.
“Does anyone know of a room available in London?”
“Is anyone out tonight?”
“Does anyone know where I can get a new bike?”

While Facebook and Twitter do provide vehicles for information gathering in this sense, I believe an interesting and understudied site is the question-and-answer based social networking site, Formspring, (formerly known as Formspring.me).
Formspring allows users to pose questions to one another. Questions can be sent anonymously or as a known user (It is, unfortunately, not surprising that the anonymous question asking function has allowed bullying, harassment and intimidation to thrive, sometimes to the point of suicide!). The website also has the option to link the questions/answers with other social networking sites (henceforth abbreviated to SNSs), including Facebook, Twitter and Tumblr. As of June 2011, Formspring had 25 million users sharing questions and answers.

What is interesting is people’s willingness to a) post questions, b) answer them, and c) answer them honestly.
The first question as to why people post questions should hold no mystery. Information gathering via social networks is an age old practice. Whether it is the trust between friends, the context that only they are aware of, or simply because it is more fun to do so, there are numerous reasons why users will post questions on their SNS rather than, say, query in Google.
The search for motivations for answering the questions could throw up reasons such as a particular expertise in that area, possibly an altruistic urge to answer, and of course the ‘more fun’ social aspect to the process. Another reason for answering questions is that it allows for optimal self-presentation – a subject that has been actively studied with regards to social networking sites. The answer could provide a window for the respondent to be seen as clever, erudite, and witty which may explain the instances of facetious, sarcastic or other ‘joke’ answers. It may also be interesting to discover if there is a correlation between the type of question and the propensity to give these ‘joke’ answers in reply.

However, I believe the most interesting direction in which to focus a study is on the final question; the issue of honesty, truth-telling and deception. It could also be applied to more general SNS usage.
Personal disclosure is the basis of any relationship. A relationship doesn’t function properly when there is too heavy an imbalance in terms of information flows. This explains honesty and truth-telling between users who are known to one another. There is a certain amount of reciprocity required to maintain the relationship; a question is asked and, for the sake of the continuation of the connection, an answer is usually given. Also, when the respondents are known users, for example are known in real life and in other online spaces, there is greater motivation for truth-telling because deception could more easily be detected.

Walther (1996) sheds some light on the communicative processes involved in such question and answer behaviour:

“communicators in CMC (computer-mediated communication), like other communicators, are driven to develop social relationships. To do so, previously unfamiliar users become acquainted with others by forming simple impressions through textually conveyed information. Based on these impressions, they test their assumptions about others over time through knowledge-generating strategies, the result of which accumulate in refined interpersonal knowledge and stimulate changes in relational communication among CMC users” (1996, p.10)

As for when users are unknown ‘randomers’ or choose to remain anonymous (as is the case with Formspring), why do users answer questions honestly when there is no immediately obvious real-life benefit?

Stuart Jeffries, writing in The Guardian, claims that the Internet has allowed a proliferation of deception, some for amusing purposes and sometimes for more nefarious reasons. Just consider the number of “fake Twitter feeds, phoney Facebook accounts, staged Internet suicides, and those Wikipedia pages undetectably [sic] mined with lies” as testament to this.
It seems many people are perfectly comfortable when it comes to lying online and on social networking sites. When you consider SNSs which have taken to reducing a statement, an action, or a conversation to a situation where a single click (‘Like’, ‘Attending’, ‘Smile At’) determines ones position within a dualism which leaves no room for elaboration or debate, then digital deception is no big surprise. In this practice, SNSs have exponentially increased the capacity to lie because it involves no real commitment.

It is worth noting that deception on SNSs, and particularly on those with question and answer functions, may not be intentional. If you were to pose the question: “Where were you on 9/11? Describe your memories of the day.” A simple enough question; most people could answer this in quite a large amount of detail. Whether it’s true is another matter.
As this article shows, memories are very complex. (Click for more information on The Fallibility of 9/11 Memories)

This is obviously a dramatic event (producing a ‘flashbulb memory’), but more everyday memories from, say, one’s childhood could suffer from nostalgia; a sort of ‘rose-tinted glasses syndrome’ which could lead to a misrepresentation of the truth when it comes to answers to questions about it.

What I’m proposing in this post, is a study into the motivations of question and answer processes on SNSs with particular interest in truth-telling, honesty and deception, intentional or otherwise, in the answers.

Various methodological tools could be used to study Formspring, question and answer format, and truth-telling.
I would argue that it is necessary to follow an inter-disciplinary course given the potential for numerous fields to provide valid insights.  A brief search into ‘the state of arts’, suggests research from the fields of neuroscience, social psychology, computer science and media studies can combine to provide a richer analysis that is much more comprehensive than any could produce on their own.

For example, Newman, Pennebaker, Berry and Richards (2003) (from the field of social psychology) provide this contribution of the possibility of deception detection in text, which could be used in a study of Formspring and similar SNS sites:

“Several features of linguistic style, such as pronoun use, emotionally toned words, and prepositions and conjunctions that signal cognitive work, have been linked to a number of behavioral [sic] and emotional outcomes…
…At least three language dimensions should be associated with deception: (a) fewer self-references, (b) more negative emotion words, and (c) fewer markers of cognitive complexity.” (2003 p.666)

Similarly, the work of Warkentin, Woodworth, Hancock and Cormier (2010) on warrants – “connections between our real world identity and our online identity” (p.9) – types of media and online deception could also be useful. Their research suggests that SNS, along with email, actually has the fewest cases of deception compared to other forms of online communication. They conclude that SNS “designs that encourage the use of real names, photos, and links to social networks, can serve to constrain both the frequency and seriousness of deception in online spaces.” (p.12)

In terms of methodological tools, I believe triangulation, that is the use of different methodologies so the advantages of one method cancel out the disadvantages of another, is the most effective approach in creating a complete picture and a better understanding of the subject.
Digital questionnaires/surveys could provide a valuable insight into the mind of the respondents. While they are quick, cheap and easy, they have their limitations. For example, there may be a low response rate and there also may be biases in the questions themselves (e.g. leading questions, don’t allow for elaboration, etc.).
Online interviews may be able to ‘fill in the gaps’ of the methodology. A researcher may be able to probe and follow up on responses to gain a deeper understanding through conducting an interview over instant messaging, or better yet, over video conferencing (e.g. Skype), which allows physical cues and potential signifiers of deception to be visible.

There is also a strong case for the use of a certain amount of online ethnography/observation. (The ethics of this would have to be fully explained and assurances made that the observed material falls within the acceptable realms of public discourse). It may be necessary to undergo a period of observation in order to better understand the particular nuances of online communication. Also, as many people have multiple online profiles, it may be worth ‘living in various online spaces’ to discover the extent of honesty and the consistency in online truth-telling.

To summarize, the most effective way to study question and answer based communication and online truth-telling could be to adopt a not only a multi-theory approach but also a cross-methodology and cross-platform approach.

I would like to conclude with why it is worth studying Formspring and truth-telling, and what some of the possible uses of the research may be.
Formspring represents the expansion of question asking facilities on SNSs (e.g. Facebook’s designated question asking tool, Tumblr’s optional ‘Ask Me Anything’ function) as a social communicative tool. Question and answer processes seem to be an overlooked aspect of online communication, particularly on SNSs.
It is undeniable that information, and more importantly the accuracy of the information, is essential at all levels of society from the micro (e.g. everyday social relations) to the macro (eg. business). For example, from a business point of view, the value of our information that social networks like Facebook sell could be inflated if there is a significant margin of error. Good for Facebook, not necessarily good for the economy (This may be an exaggeration). However, where it may prove most valuable is in the study of relationships. For example, when it comes to truth-telling on dating websites or (the quite frankly annoying) Facebook posts between ‘lovers’. (As far as I’m concerned, if you say ‘luv’ instead of ‘love’ then you haven’t fully grasped the enormity of concept.). Also, the research could be useful in the fight against cyber bullying. It could perhaps detect those who are in real trouble and are in need of protection. 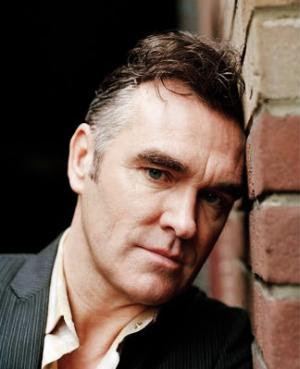