Internet to me is a medium of convenience. The awkward feeling of being confined, limited, almost physically paralyzed, creeps on to me after being disconnected from the virtual dimension of the world wide web for more than one day. This physical response to an absence of access to a virtual space can be labeled “worrying,” and can even be related to an online addiction. Shamefully, I reflect on my own laziness as I consider how frustrated I become when thinking of the extra effort I have to put into realizing daily online correspondence without online access. Checking out a map for directions, taking out a recipe book, flipping through the pages (manually!) to find out what I feel like eating, let alone writing a letter by hand, seems like a devastating, degrading effort and an utter waste of my time. Fortunately, the internet is more than willing to do all these things for me, free of charge. Even more, it does an excellent job because one way or the other, it seems to know me very well. Come to think of it, a little too well…

The question of online privacy is serious business on two accounts. Not only is it a genuine concern to many users, but it is also big business for corporations eager to promote their product, attract consumers, subsume them ideologically in the brand and ideally convert them into lifelong buyers. Whether you know it or not, we all have a second life account.  Mostly unaware of the traces many surfers leave behind, data miners eagerly extract streams of information to make out a digital consumer profile in order to categorize our consumer preferences and subsequently confront us with the ideal ad of a product a close friend apparently also seems to “like.” What a coincidence. This data is for sale and it is big business. Major corporations like Google, Facebook, Twitter and Flickr of course will hardly have to spent a penny on these flows of data, for they are themselves the most prominent stores to buy online behavior statistics and only seek to expand their flux of personal information through collaborations with, and otherwise purchasing of other companies. Of course none of them will ever admit such behavior, or when discovered write it off as a system error that was timely fixed. Today more than ever, these firms have become the new Wall Street, where the highest stock is determined by the degree of specificity of consumer category data.

Personally, I have nothing to hide. Those number crunchers can track me to hell and back and hopefully come up with useful insights on my personality and lifestyle. I would be much complied even, despite the uncalled for irrefutable accompanied commercial. I am a grown man, able to distinguish useful from spam, reliable pathway from cyber trap and safe website from a possible Trojan invasion. However, kids may not have such a keen perception of the reliability of certain websites presented to them. All of the “normal threats” concerning for example pornography, fluff movies and other gore related videos or pro-anorexic websites can be blocked quite easily through a number of available filter programs.  What is at least as worrying to me is that besides the spectacle of commercials being emitted to children through traditional forms of media such as billboards, radio, television and so on, the younger generation has become susceptible for a highly sophisticated threat which, based on their online behavior, connects perfectly to their desires. Although this manner of individual advertisement is still better than rolling out a massive campaign that turns a stick into a magic wand by means of endless repetition until kids actually believe they become a wizard when holding this stick, the most incriminating is that it limits kids’ personal journey of discovery. Behavioral advertisement is limited as its product placement into the lives of surfers by their surf history or what their friends are doing. It is in no way innovative, but only offers the latest versions of products a user already likes or has. 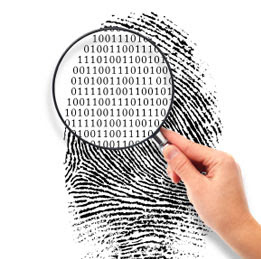 Yes it is convenient, but again the intangibleness of it all dawns upon me like a virtual ultimatum that threatens to mark the beginning of an era wherein kids do not need a parenting voice anymore to make a certain choice. The choice is already made for them. This threat of becoming obsolete and not being able to give kids any insight in a constructive, educational fashion, is in my humble opinion the reason for a lot of resistance against the upsurge of online monitoring. No parent wants their kid watched over by a constantly present digital babysitter who has an unlimited amount of gadgets, fidgets, toys, games etc. at its disposal to fulfill the child’s every need and ready to present the ideal fulfillment of these needs instantaneously. Only after this ideal is presented, they come to the parent. Nevertheless, resistance is futile for two reasons. Firstly, because in fact parents have never played a significant part in the decision making process of what a child likes or does not like. They may steer the child’s preferences a little into a direction they see fit, but eventually the choice of the child will always be influenced by external factors, whether these are friends, commercials or trends in general. Only today these external factors have become considerably sophisticated. This lack of control is consequently translated into a question of morality concerning privacy, while in fact it is all about ego. No adult content filter or cookie erase application will make any concrete difference. Despite the hot topic of children’s online privacy, the only thing we can do is set the right example, and hope kids will follow it, like they follow people on Twitter or “like” things on Facebook. Secondly, behavioral advertisement is constantly under development, it is advancing in data gathering but also in circumventing what little outdated regulations the Children’s Online Privacy Protection Act, or Coppa, enacts.  With teams of marketers working around the clock to come up with new campaigns to trigger the youth and another team of IT specialists looking for loopholes to get that extra pop-up on the right site which is most frequently visited by their targeted segment, most of us come home from a hard day’s work, sit back and try to enjoy what little spare time we have. Unless you are in a position of luxury that allows you to lie around the house, or more importantly, surf the web all day, being constantly aware and up to date on the latest sites tracking our offspring, resistance will remain futile.

In the US, the Federal Trade Commission (FTC) is engaged in a noble attempt to implement more strict rules concerning child privacy on the web.  The strongly suggested revisions opt for a more extensive description of the current definition of “personal information” which includes all cookie data and the GPS-based location of the child which serves to improve targeted advertisement. Furthermore is “facial recognition technology” up for debate. The FTC’s attempt is to be called adorable at least, however all the more futile. With every passing year, legislation concerning e-commerce and tracking will be outdated and governments, who do not have an interest in limiting behavioral advertisement, because it increases the domestic gross product, will thus consciously, even willfully, lack behind. Even if they had the intention to watch over the privacy of a nation’s youth, it would require a very radical, new approach, unknown by most centralized, hierarchical government institutions. RAND researchers John Arquilla and David Ronfeldt in Alexander Galloway’s and Eyugene Thacker’s Protocol, Control, and Networks, explain why this approach should be fundamentally different from the traditional structure:

“Hierarchies have a difficult time fighting networks. […] It takes networks to fight networks. […] Whoever masters the network form first and best will gain major advantages.”

The network of most Western governments is of course familiar to any citizen as bureaucracy. Despite the fact that every participant of society is aware of this network and gratefully makes use of it, it is highly unlikely that this vast, monolithic structure of innumerable disciplines, will be able to aptly respond to something as dynamic as the Digital Advertising Alliance.  In short: the law will not be able to keep up with technology. For those parents unwilling to admit the true cause of their futile, unjustified allegations against corporations in the Digital Advertising Alliance, there is a last hope that the FTC will succeed in enforcing their proposed do-no-track program for online advertising. This is however a matter of false hope, as the coalition is already working on and even testing a beta version of a “self-regulatory program,” represented by a blue icon which will appear in online ads.  Sure, you as a parent can click on it and it will give you some information of the targeted ads and how to opt out. But your kids will not do so, unless they find them annoying. This is in fact the only way the system can be torn down, by putting it in overdrive so that any interface will become advertised beyond recognition.

But for now, I am sorry parents and paranoids all over the world, you will never win this battle, not in the foreseeable future anyways. To give anyone in search of a way to erase their digital trace a little peace of mind please click here for a walk through in order to wipe your electronic trail clean from the two biggest data miners on the net today: Facebook & Twitter.