A review of the PostSecret app. Please don’t tell anyone 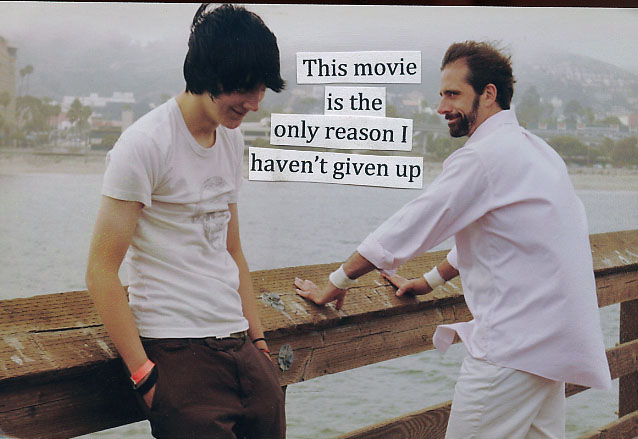 I am a part of a small group of new media students who have set the wheels in motion on a practical project designed to study anonymity has in regards to honestly online. We intend to investigate how people responded to anonymity on social platforms online by giving users the agency to choose how to post a secret. We hope to find out that if platforms such as You Tube, which as a video service has the most identity indicators of the user (yet the biggest performance value), encourage less meaningful secrets than a blog which allows complete anonymity.

With ideas for our project fresh in my mind, I was intrigued to find a brand new app while browsing the iTunes store, an app released by our new digital nemesis, PostSecret. PostSecret is an ongoing blog that allows people to take photos or design a postcard which includes a message and tells a personal secret to the world. They then can post this onto the blog entirely anonymously. This service is described by the owners as an ‘ongoing community art project‘ and one can instantly see the voyeuristic and cathartic appeal of this project.

The project began in 2004 when the owner, Frank Warren, initiated an idea he had while living in Washington D.C, inviting people to mail him a postcard with a  secret on it by post.  This project caught on and has accrued interest from all over the world. He has presented the 500 000 respondents so far on his blog, in art exhibitions, in four best selling books, in museums as well as being the focal point of conferences all over the world. There is no denying this concept has become a global cultural phenomenon. 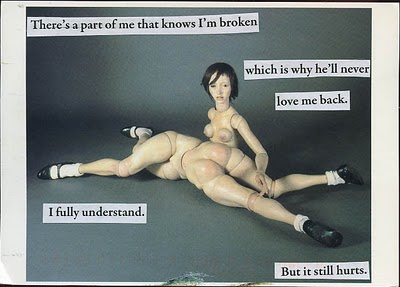 In September 2011 Warren added a new string to his secret bow by developing an app for the service. The value added feature of this application for the iPhone, Ipod Touch and iPad is that one is able to actually ‘chat’ in real time with other users online fully anonymously. A user can read a posted secret and if they feel ‘touched’ by it they can get in contact with the sharer for discussion. They can also ‘heart’ the secret or even leave a public (but heavily regulated) comment. This brings a new level of interactivity to the concept. A second development with the app is that it has a geographic feature that lets people, for the first time in this project, see where the ‘secret’ was posted from. This allows identification down to even which school the secret sharer hails from and will offer an unprecedented database of trends of thought from around the world.

The owner and creator of the PostSecret website, Frank Warren, claims that “sharing a secret and connecting with someone that has a similar secret provides a cathartic release for people to overcome loneliness”. I personally think the post secret venture is a great concept and has resulted in a fantastic cultural database. However, this is a big claim.

The project supports and promotes International Suicide Prevention and ties the marketing of the site closely with this feature, with the app actually offering direct links to support lines (including local services using the geo feature of the user’s phone). Undoubtedly the project does offer a cathartic space for those wanting to get something off their chest but academics have been debating for many years now the ability of online discourse to supply rich meaningful conversation, let alone the ability of a relatively unregulated space to actually cure users from what could be clinical depression.

There has been many claims that online mediated conversation, even with knowledge of who the user is and personal details of the person you are chatting to, is ‘impoverished’ compared to face-to-face or even phone conversation. Non-verbal cues are missing and therefore is sometimes seen as less meaningful. It has not been disproven that Internet communication doesn’t actually in some cases lead to greater depression and loneliness. Nancy Baym weighs up this argument succinctly in her study Personal Connections in a Digital Age (2010:50). This outlook questions Warren’s validity in claiming the service can help people to overcome loneliness, especially when he links so heavily to suicide prevention groups. However, as the Internet is normalised into society and written text communication becomes more complex and easily communicable there may be an argument against this outlook. There is an argument to say that if those who are down need a space to talk, anonymous conversation may be advantageous due to the comfort they feel from being behind a screen and the fact people are increasingly understanding online mediated communication. It is possibly becoming something more closely akin to a first language. 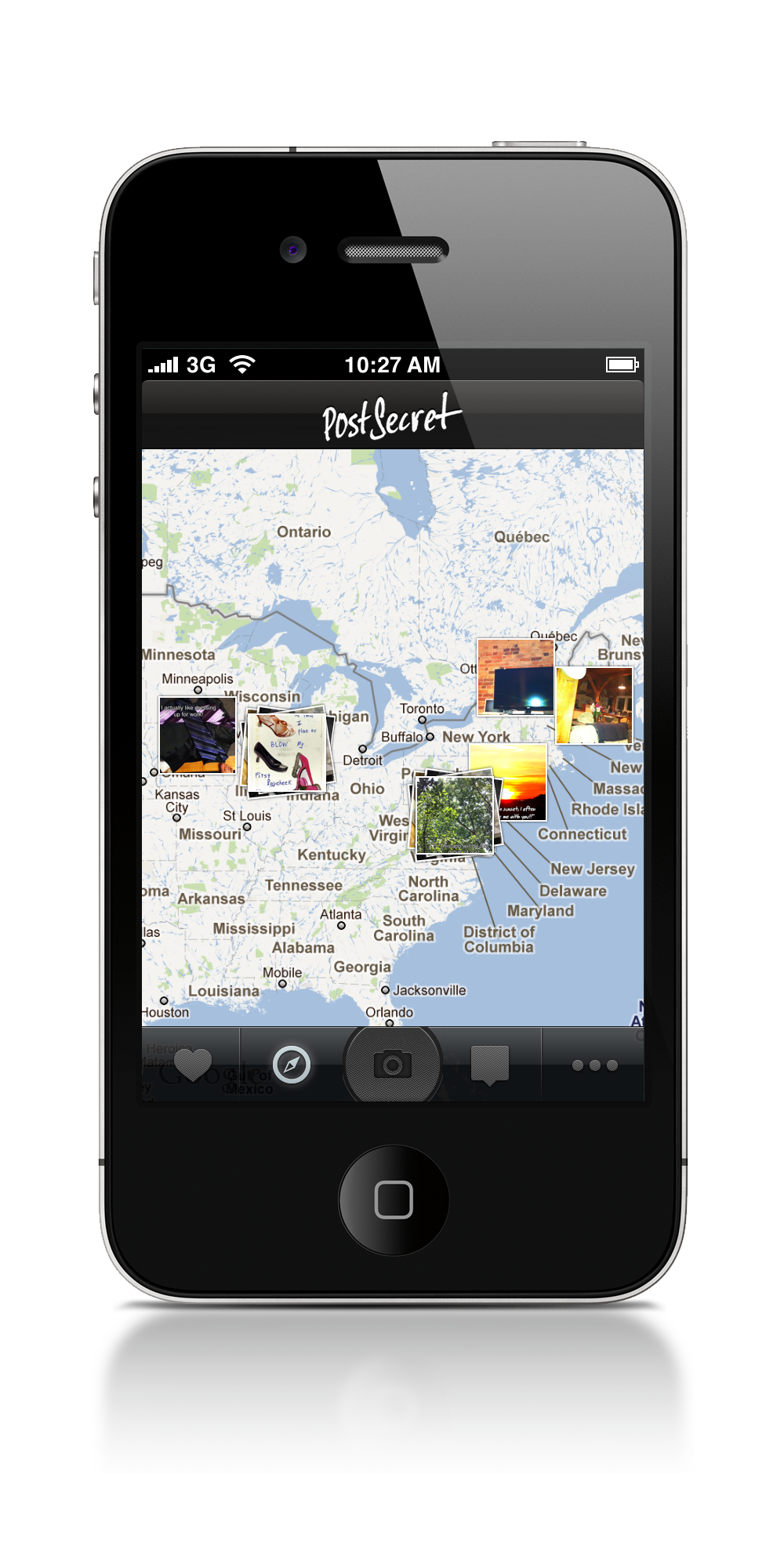 This presupposes pure anonimity, however, It can be argued in retort to this outlook that the geographic feature surely ends the claims of pure anonymity of the owner. The geographic element allows tracking of where the secrets have been posted from and so allow one to track trends in secrets, and maybe happiness, by geography. I am not claiming any ‘google’ style misgivings in the motives behind this but this really adds a cultural signifier on a platform which proports to be truly anonymous. Warren has already said that he wishes to use the new app as a way of tracking “abuses” and possible “suicides” in schools. This surely opens the service up to abuse as there is already questions of how honest people are being when they send in a ‘secret’ to the blog. With this quicker and easier method of sharing a secret and photo then this, in my view, can only proliferate. Overall, it will be interesting to see if this changes the way people use the service.

Finally, a very stark change in the format will be that people can now just take a photo from their phone, write a quick comment underneath and then upload it. A large part of the appeal of the previous ‘postcard’ format was that it was really ‘art’. People spent time designing their postcards on photoshop or by hand and sending them to Warren personally. In the new format the requisite for considered response is lost. Enzenberger wrote that modern communications can be seen as focusing too heavily on action rather than contemplation (2003:265). Will the loss of the need for consideration and time and the focus on speed and diversity remove the mystique and the art that made this project so unique? Only time will tell but I am sure moderators will be aware of this potential remoulding of the model. 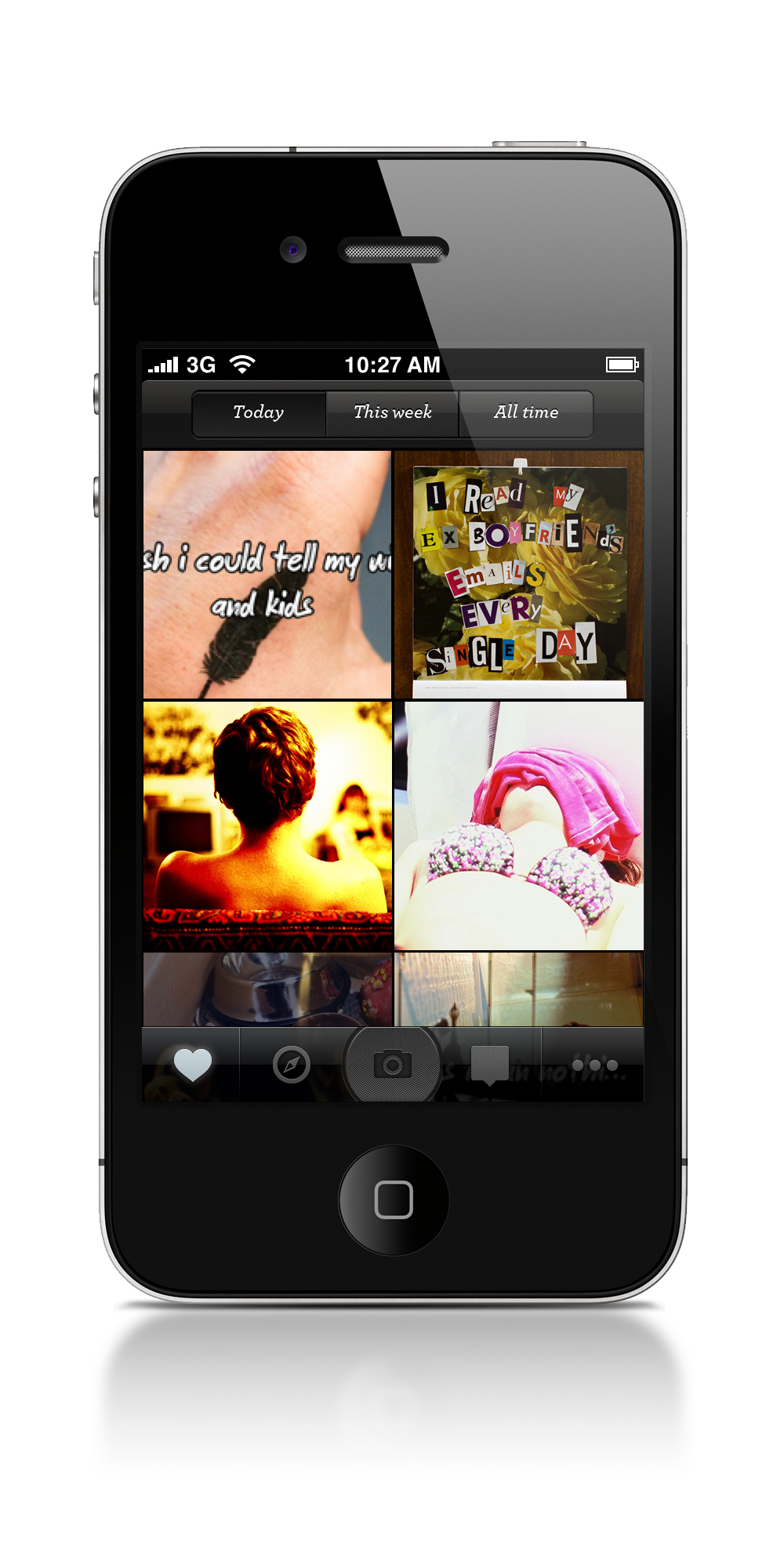 I am unfortunately unable to personally track the way the app develops as I have no mobile internet while I study abroad. However, I will be following the way this service is used and closely see how the app develops in the online discussions. It will be interesting to investigate if there will be a discernible difference in the way secrets are shared now true anonymity is lost.

The PostSecret app offers a different medium, will this change the message?

In the meantime, share your secret with Lady Mondegreen here.